Vayeze: The Place of Prayer 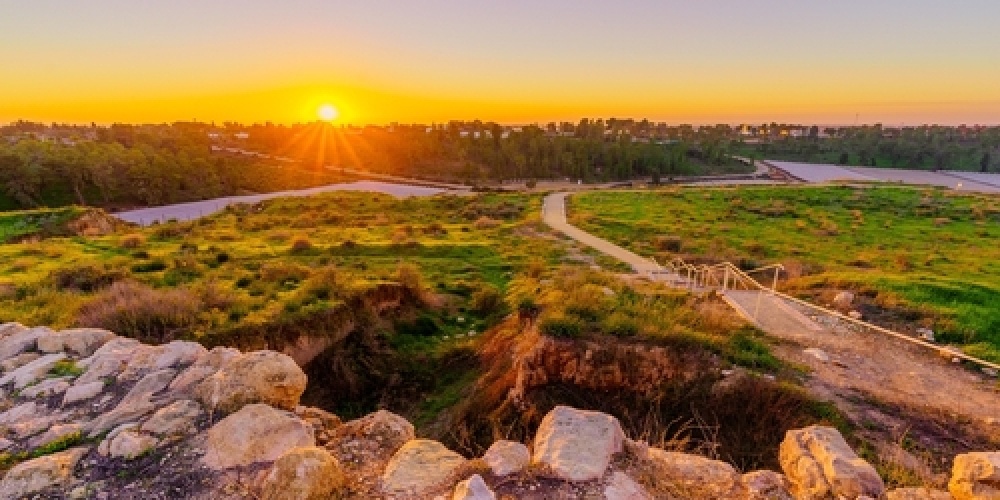 “And Yaakov left Be'er Sheva and headed towards Charan (Breisheet 28:10).” Yaakov is sixty-three, has not married and is literally running for his life. He heads towards his uncle Lavan’s home, unaware of how exactly to find him. A sad and potentially dangerous situation. What is he to do?

“Vayifga bamakom, and he came to the place” (Breisheet 28:11). It was at this moment, our Sages tell us, that Yaakov Avinu instituted Maariv, the evening prayer service. Alone and afraid, Yaakov found solace in talking to G-d. Not coincidentally, it was Maariv that Yaakov davened, not Shacharit or Mincha. Those prayers take place in the day, when light and hope abound. Night is a time of fear, uncertainty, and darkness, quite appropriate for the circumstances.

While our Sages derive the fact that Yaakov prayed from the word pegiyah, equating it with prayer, it seems that Yaakov’s relationship with G-d can best be summed up in the word bamakom. The word bamakom, literally the place, is a reference to G-d, who fills all of space. At the same time makom connotes distance, and it is impersonal. Thus we comfort a mourner, who naturally feels distant from G-d, with the word hamakom, "May the Place [G-d] comfort you". A mourner may not feel the presence of G-d but he trusts that G-d is in a place that can be reached.

Yaakov is alone and lonely. He prays. After prayer Yaakov is refreshed and while his problems have not gone away, he feels better equipped to deal with them. “He placed them [stones] at his head and lay down to sleep there” (Breisheet 28:11). He dreams of a better future. “A ladder was standing on the ground and its top reached up toward heaven and messengers of God were going up and down on it.Breisheet 28:12).” No longer did Yaakov feel distant from G-d; he could actually “see” Him standing above. And with G-d “now” near him, Yaakov dreams about angels and heaven. Yaakov realized that one cannot be incapacitated by fear of the future. Knowing that G-d is with us gives us the confidence to move forward. “G-d is truly in this place’" he said, "but I did not know it". He was frightened. "How awe inspiring is this place. It must be G-d’s temple. It is the gateway to heaven" (Breisheet 28:16-17). Yaakov may have still been afraid, as he did not know what lay ahead, but he felt empowered to act.

Yaakov, the father of Bnei Yisrael, is not content with the world the way it is; he envisions a world the way it should be. However, such a vision is difficult to keep when overly pragmatic people surround us. After twenty years of hard work for a difficult boss, Yaakov is both physically and mentally drained. His early years of intensive study, of “being a scholarly man who remained in his tent” (Breisheet 25:27) are long gone, and worse still, are beginning to wear off. His spiritual antennas have become slightly rusty and Yaakov knows it. He no longer dreams of heaven, angels and the “house of G-d”. His dreams are now about sheep, cattle and their various colour schemes. It is time to move on before it is too late. “Let me leave” (Breisheet 30:25), Yaakov beseeches his uncle. It is time to concentrate on raising his children in a proper environment, to instil within them a value system that breathes integrity and abhors duplicity.

We must anchor ourselves firmly on the ground; we must be rooted in the “real” world, which can be a scary thought. Yet like Yaakov we must reach towards heaven and not be satisfied with the status quo. When one reaches heavenward, when one sets one’s goals a little higher, while there may be a few steps backwards, there will be many more forward.