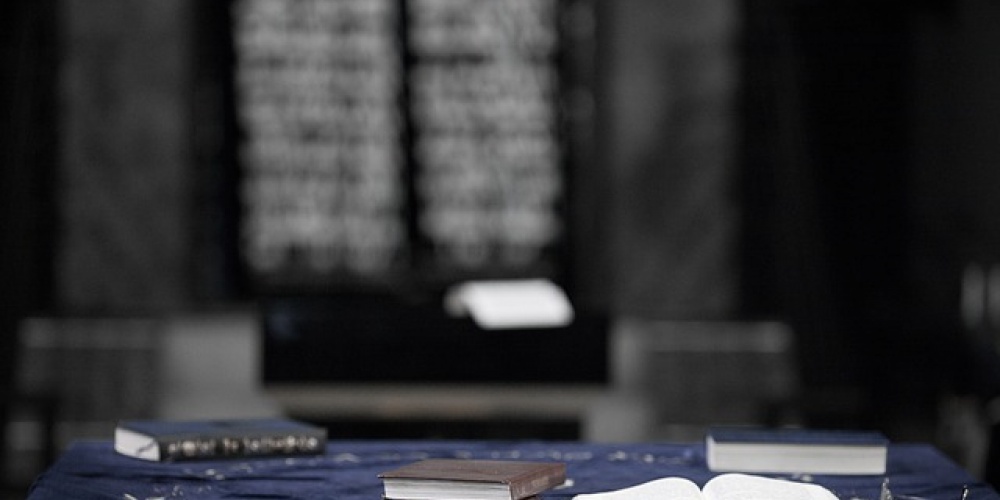 “The entire house of Israel is commanded to sanctify the Name” (Laws of the Fundamentals of Torah, 5:1). The language is striking, and the context – the opening words (for the general public[1]) of the Mishneh Torah – instructive, indicating the importance of the mitzvah of Kiddush Hashem. Many associate this mitzvah with the obligation to give up one’s life rather than transgress the three cardinal sins of idolatry, adultery and murder. However, the mitzvah is primarily one that requires us to sanctify the Name by the way we live, and allows us to transgress the Torah rather than suffer martyrdom.

“Rav Yochanan said in the name of Rav Shimon ben Yehozadak: they counted [the votes] and concluded in the upper chambers of the house of Nithza in Lydda: All the laws of the Torah, if they say to a person: 'Transgress and do not die’, he may transgress and not suffer death, with the exception of idolatry, adultery, and murder” (Sanhedrin 74a). For these three cardinal sins and only these sins must one sanctify the name of G-d through martyrdom.

Rabbi Yishmael even allows one to worship idols to save one’s life, if one is being forced to do so in private. Only a public display of idolatry is cause to forfeit one’s life. While his view on idolatry is rejected, the distinction between private and public is not.

Immediately following the discussion of Rabbi Yishmael’s ruling, the Gemara quotes the teaching of Rav Yochanan – and we find no dissenting view – that when being forced to violate a mitzvah in public, i.e., in the presence of ten Jews, one must suffer martyrdom rather than publicly violate any and all of the mitzvoth of the Torah.

However, Rav Yochanan’s ruling applies only if the non-Jew is doing so to demonstrate his disdain for Judaism. If he is doing so “for his own benefit”, such that the violation of the Torah is only a byproduct of the fulfillment of the non-Jew’s desires, one need not forfeit one’s life. Furthermore, if the Jew passively “sins”, there is no requirement to give up one’s life. If not for (either of) these leniencies, the Gemara explains, by what right did Jews not forfeit their lives to prevent non-Jews from taking coals from their homes to be used in their idolatrous rites?

While the exact parameters of when one is obligated to give up one’s life are subject to debate and need not concern us here[2], those cases are, thankfully, few and far between nowadays. The question of violating Torah law generally comes up in regard to preserving one’s health. As is well known, we are permitted to violate Yom Kippur, Shabbat and all else – with the exception of the three cardinal sins – to save a life. And we do so even if the risk to life is rather minimal; it’s better to be safe than sorry (or dead).

Whether for health reasons or as part of the mitzvah of kiddush Hashem, one who refuses to violate the Torah’s laws to save his life is, in the words of the Rambam, mitchayev benafsho, liable for the terrible sin of having needlessly killed himself.

Yet rather astoundingly, not all agree. The Tosafists (Avodah Zara 27b, s.v. yachol) argue that the Torah allows—but does not obligate—one to violate its laws under duress. But there is nothing wrong, and perhaps much right, in being strict and giving up one’s life rather than violating a law of the Torah[3].

This dispute, it seems to me, reflects a much deeper one as to the role of mitzvoth in general. The Rambam apparently maintains that mitzvoth are the means by which we develop our character, and most importantly for him, our intellect. It makes little sense to forfeit one’s life and end our pursuit of human perfection. Of course, to every rule there is an exception.

Tosafot, on the other hand, sees keeping the mitzvoth as the ultimate goal of Torah observance[4]. And if the keeping of those mitzvoth leads to our death, so be it.

A similar idea can be seen in the Rambam’s distinction regarding the chukim and mishpatim, the religious and ethical obligations of the Torah. With regard to the former, i.e., the prohibition to eat pork, the Rambam argues that one should not say, pork is disgusting, how can I eat it? Rather, one should say, I would love to eat pork, but what can I do? G-d has commanded me otherwise. However, with regard to the latter, one dare not say, I would love to steal, but what can I do? G-d has commanded me not to. Rather, we should not steal because it is wrong. For the Rambam, the ultimate goal is not the mitzvah per se, but rather leading an ethical life – with the Torah as our Divine guidebook on how to do so[5].

[1] The first four chapters discuss metaphysics, what the Rambam refers to as Pardes, which he writes is beyond the reach of most.

[2] The basic argument is whether these leniencies also apply to the three cardinal sins. One group of Rishonim argue that the sins of idolatry, adultery and murder are so great that, regardless of the motivation of the oppressor, one must forfeit one’s life. Others argue that the mitzvah of Kiddush Hashem requires martyrdom only when the non-Jew is forcing one to act for religious reasons, but if done for his own benefit, one need not die. Within this group there are those who limit the leniency to the case of arayot, certain sexual sins, which is the specific case mentioned in the Talmud. Murder and idolatry are too severe to be countenanced under any circumstances. Others are also lenient regarding idolatry, and there is even a lone view that if the non-Jew is demanding one kill for his own benefit, one can kill another to save one’s own life.

[3] Presumably Tosafot only allows one to give up one’s life when one is being forced to violate the Torah by a non-Jew. But if one is sick, and thus there is no mitzvah of ‘sanctifying the name’, even Tosafot would agree that one must violate the Torah to save one’s life.

[4] To put this in terms of secular philosophy, this view of Tosafot is reflective of Kantian ethics, where ethics are rooted not in the consequences of our act but in the act itself. Our duty (or categorical imperative, to use Kant’s term) is to keep the Torah, and nothing can stand in the way of this duty. Violating the Torah is wrong, and the consequences of that imperative—even including death—play no role in determining if our actions are ethical. The Rambam’s approach here is a utilitarian one in which the key determinant in resolving an ethical dilemma would be its consequences.

[5] This can explain why there is no bracha recited prior to performing an interpersonal mitzvah. One should give tzedakah because one is sensitive to the needs of others, not because it’s an opportunity to do a mitzvah.