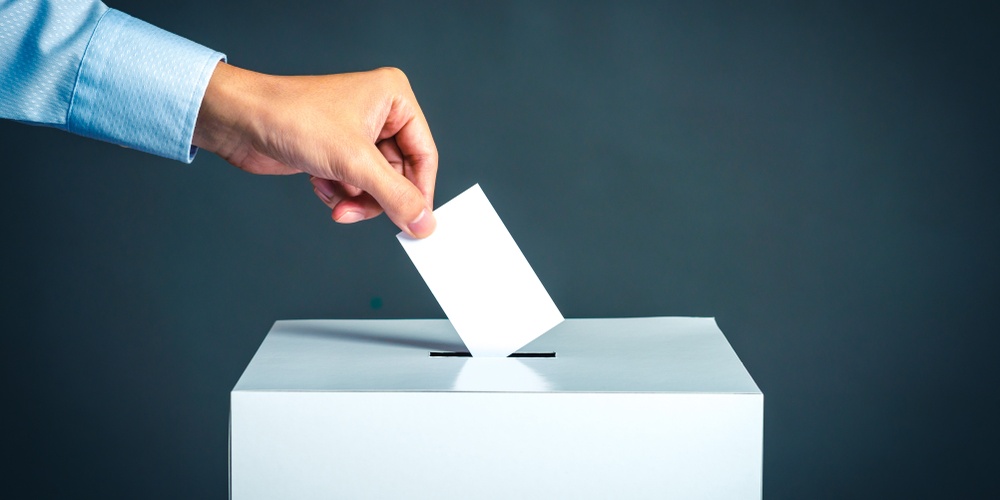 For those living in the Province of Ontario—that includes yours truly—today is Election Day!

While Jewish law may quibble with some of the modern applications of democracy, we can proudly say that Jewish teachings are what form the bedrock of democratic values. Sanctity of life, equality before the law, checks and balances on government, a social welfare system, protecting minority rights, banning worker exploitation, environmental law, universal health care and free education for all are the bread and butter of Judaism. It is the Torah that introduced the notion of workers’ rights, invented the idea of a weekend, insisted on intellectual honesty even if such meant disagreeing with the Supreme Court, and so much more. Our "constitution" was the first “to hold these truths to be self-evident, that all men are created equal, that they are endowed by their Creator with certain unalienable Rights, that among these are Life, Liberty and the pursuit of Happiness”[1].

As far back as Yaakov Avinu, the Torah warned of the danger of mixing politics and religion, insisting on separating the functions of the priesthood (Church, or shall we say, Synagogue) from those of the government (State).

While opportunities to vote in general elections were few and far between for much of Jewish history—actually, nonexistent would be more accurate—voting has long been part of Jewish communal life. Whether to elect a rabbi or lay leadership or to arrive at a judicial decision, Jews participated in the democratic process long before they lived in democratic lands.

Exercising one’s right to vote is an integral part of ensuring a free society, a great privilege, and a great responsibility. It should come as no surprise that the halacha has something to say about how one must cast a ballot. While the election laws of secular democracies focus on eligibility to vote, logistical details, requirements needed to get on the ballot, etc., Jewish law—while not oblivious to the above—focuses elsewhere.

The Shulchan Aruch (Choshen Mishpat 163:6)—yes, this is codified in Jewish law—in probably one of the least known and least observed laws rules that when one votes, one must vote leshem shamayim, for the sake of heaven.

And if this is true of the electorate, how much truer is this for our elected officials?[3]

We have often discussed how one should do a mitzvah even if not properly motivated. And there are few, if any, mitzvoth greater than serving the public. Yet at the same time, by definition, serving the public means making decisions that hurt people. There are competing needs, and choices must be made. If more money is invested in health care, there is less for education. And more for education means less defence; and more for defence means less for social services; and more for….means less for….

Whatever decision is made will negatively impact some. If one makes those decisions because one wants to help even more people, one is involved in a great mitzvah. But if one makes decisions for political reasons, or for the gratification of one’s ego, one must be held accountable for all the harm one has done. And as our tradition teaches, teshuva is not possible for harm done to the public.

Only those who are properly motivated should consider entering public life.

It is not for naught that synagogues across the world publicly proclaim—each and every Shabbat—that G-d should bless those who toil in the public sector b’emunah, with faith and integrity. The traditional nusach puts the stress on the word b’emunah for good reason. Tellingly, we do not bless those who “succeed” in communal life; rather, it is those who faithfully toil in such “holy” work who are worthy of blessings.

I can think of few halachot that are so “out of touch” with how the average person thinks.  Yet imagine how much better the world would be if this halacha would be widely observed. In an early application of game theory, if all voted for what is best for all, all would be better off.  It is hard to think of any other halacha the observance of which would have the same impact.

As you may have guessed, from my perspective—far and away, and then some—the most important determinant of where one should cast one’s ballot is the personal integrity of those who wish to serve us. May we be blessed to create the conditions so that such people will enter public service.

[1] The notion of pikuach nefesh obligates us to do almost anything to preserve life; it is no coincidence that the Liberty Bell has inscribed on it the verse, “And you shall proclaim liberty throughout the land”; and Jewish law obligates one to be happy not only on Yamim Tovim, but in essence, every day; we are “to worship G-d with joy”, and “[one with] a good heart rejoices always” (Shulchan Aruch, Orach Chaim 697:1).

[2] Admittedly, it is not easy to define “for the sake of heaven”. Does that mean our local community, province, or country? What about voting for those who might be good for Israel, but are bad for our own country? These questions, important as they may be, are “technicalities”, and are well beyond the scope of this little piece. They do not take away from the thrust of the law.

[3] This is also not the place to discuss the complex and crucial issue of how party discipline, so important to the proper functioning of a parliamentary democracy, interacts with the obligation to vote for what is best as opposed to what is politically expedient.