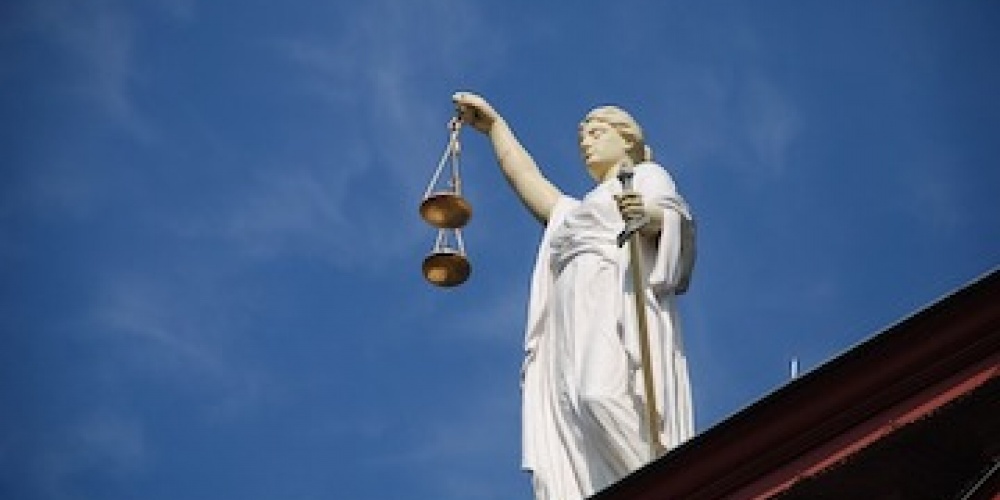 “The oath of testimony applies to men, but not to women” (Shevuot 30a). Beginning with the fourth chapter of masechet Shevuot, the Talmud focuses on those oaths that are taken in the administration of justice. The Mishna begins with the laws of shevuat ha’edut, the oath of witnesses.

“And if one sins, in that he heard the voice of adjuration, he being a witness, whether he hath seen or known, if he does not reveal it [in a court of law], then he shall bear his iniquity” (Vayikra 5:1). Unlike the system of justice used here in the Western world, witnesses in a Jewish court need not—nor may they—swear that they will tell the truth. One who is trustworthy is believed even without an oath, and one who is not is not to be believed even if swearing to tell the whole truth and nothing but the truth[1]. Rather, shevuat ha’edut is an oath taken by those who, upon being subpoenaed to court to testify, deny that they have any evidence to offer. If and when the witnesses admit that they were not being truthful, they must (in addition to testifying) bring a korban oleh v’yored as a sin offering.

As the Mishna makes perfectly clear, shevuat ha’edut does not apply to a woman, nor to anyone else whose testimony is not accepted in a court of law, such as relatives.

While the Gemara wondered about this, their questions were likely much different than ours. They begin not by asking why this is so – a question we rarely find in the Talmud regarding the laws of the Torah[2] – but rather, what the source is for the law that women are disqualified from offering testimony in a court of law. The Gemara quotes the verse, “and the men shall stand” (Devarim 19:17), interpreting the verse to be referring to witnesses[3], and the Torah’s use of anashim, men, to be excluding women.

Many of us living in open, democratic and egalitarian societies see it as a great sign of progress that all careers—including those of lawyers and judges—are open to women. Many fight to eliminate any vestiges of discrimination against women, and the idea that women could not testify in a secular court of law would be, for most of us, unconscionable.

Our Talmudic Sages lived in a very different social milieu. They would have found the idea of women testifying in a court of law shocking. The notion of women’s voices being heard in the public square was unheard of; women played very little role in public life. Let us not forget that it was only in 1917 that women were granted the right to vote in Canada, and three years later in the United States.

The Torah, as is its wont, does not explain why women might be excluded from giving testimony. Perhaps it is because the harshness displayed towards witnesses – basically, trying to scare the living daylights out of them—was such that our Sages expected that no one would want to testify; the burden of one’s mistaken testimony leading to a wrongful conviction could simply be too great. The best answer our Sages could offer to the cry of, “Who needs this pain?” of testimony (Sanhedrin 37b) is that there is a biblical obligation to testify. Apparently, the Torah did not want women to be forced to endure this hardship.

This disqualification had nothing to due with trust or believability[4]. A woman litigant is to be treated no different than a man, with her claims given equal status. The entire edifice of kashrut and taharat hamishpacha[5] is and always has been based on the trust the Torah places in woman.

Fascinatingly, while a woman may be excluded from offering testimony in court, the Tosafists (Shevuot 29b, s.v. shevuot haedut) raise the possibility of a woman sitting as a judge. There is no biblical verse that might specifically exclude a woman from serving as a judge, and no compelling reason to do so. As Tosafot notes, we have biblical precedent that a woman may, in fact, be a judge. “Now Deborah, a prophetess, the wife of Lappidoth, she judged Israel at that time” (Shoftim 4:4). Yet, Tosafot explains that there may be no definitive proof from the story of Devorah; perhaps she did not actually judge, but ‘only’ “taught [the men] the laws” to become judges. Alternatively, the fact that Devorah was allowed to judge might have been because she was a prophet and the Jewish people accepted her authority as a judge, implying that while a woman may not normally be a judge, she may if the people accept her[6].

The Tosafists (Nidda 50a, s.v. kol) have a very similar analysis of this issue when discussing the ruling of the Mishna (Niddah 49b) that “whoever is eligible to be a judge is eligible to be a witness”. Tosafot questions this symmetry by noting that a woman is eligible to be a judge, yet is ineligible to be a witness. Whereas in masechet Shavuot, the starting point of the Tosafists is that a woman may not be a judge (and they must then explain why Devorah could judge), in masechet Nidda, the starting point (though not the ending point) of the Tosafists is that a woman may be a judge and thus, they must offer an alternate explanation of the link between offering testimony and becoming a judge. They do this by postulating that the link may apply only to men, of whom there are those who are valid and those who are not, i.e., those who gamble. But such terms do not apply to women who, as a group, are excluded from testimony.

Yet this law has little practical import today. We no longer have a Sanhedrin, nor do we have proper rabbinic ordination. As such, even when litigants do not opt for arbitration and insist on a din Torah, the full laws of testimony are not applicable. In practice, today woman are allowed to give “testimony” in many batei din.

One issue—perhaps the greatest—facing the Modern Orthodox (and to some extent the Chareidi world as well) is the changing role of women in general, and in relation to ritual in particular. We have seen how a woman can teach Torah to men, even in a Yadin Yadin[7] program, even if she herself may not (or may) be a judge. The halachic sources indicate that a woman may act as a mohel[et] (as we read Shabbat morning regarding Tziporah), a shochet, a mashgiach, even a prophet (though that may take some time).

That many areas have traditionally been closed to women is reflective more of social norms (which then themselves become part of the halachic discussion) than halachic necessity. How quickly changes are made, or whether they should be made at all is, as we all know, hotly debated. Let us hope and pray that this debate is conducted for the sake of heaven.

[1] This is true with regard to witnesses only, who are objective purveyors of information and have no personal interest in who might win the case. However, the litigants themselves, who are greatly biased, often do need to swear to back up their claim.

[2] While our Sages often articulated moral messages inherent in mitzvoth, they spend little if any time trying to decipher the reasons for mitzvoth. Such was left to the medieval (and modern) rabbis and, while accepted today, generated much debate in its time. Many felt such an endeavour was unnecessary and even dangerous.

[3] While of little practical significance, a look at the verses would seem to indicate that this is a derasha – an additional layer of meaning to the verse. The p’shat, plain meaning of the text, is referring to the litigants. If so, the use of the term “men” would be a generic term that includes women.

[4] We have a similar notion regarding relatives—up to and including first cousins, including those related through marriage—who are disqualified from giving testimony. While some relatives might fudge the truth for a family member, many would not; yet even Moshe and Aharon may not testify together or about each other (Bava Batra 159a). Here, too, honesty is not enough. Rather, the Torah wanted to avoid the situation of one brother testifying against another. The harm that might do to a family is incalculable, and that is precisely what the Torah wanted to avoid. Let evidence come from elsewhere.

[5] “V’s’fara la, and she shall count seven days”, (Vayikra 15:28) teaches that the obligation to count seven clean days before immersing in a mikvah is entrusted to the woman alone, and there is no need to share this information, even with her husband.

[6] One might, however, explain that this acceptance worked only because she was a prophet. This seems to be the view of the Tosafists in masechet Nidda who do not mention that the people accepted Devorah, but explain that she was appointed by G-d Himself and thus, (presumably) cannot serve as a precedent.

[7] This is the special semicha that allows one to serve as a rabbinic judge.