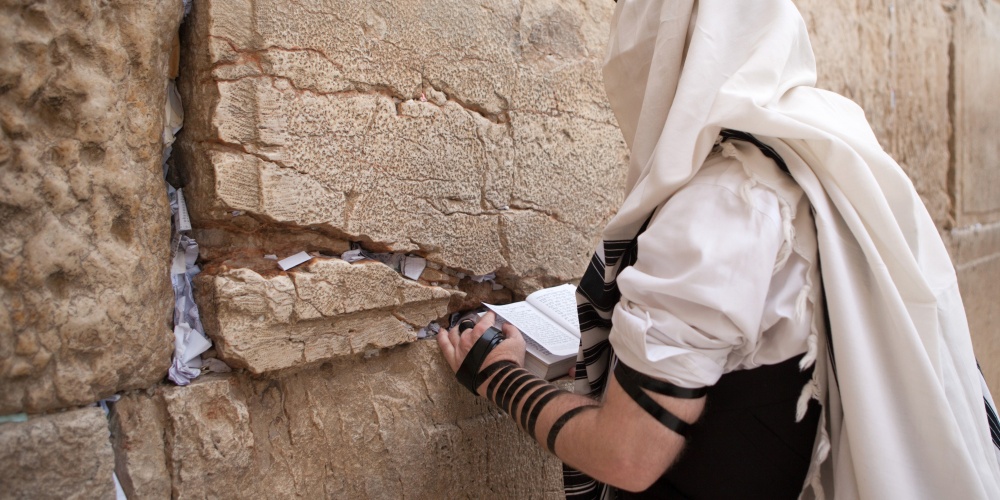 "And G-d saw that Leah was hated, and He opened her womb" (Breisheet 29:31). Apparently, Leah—as was the case with Sarah, Rivka, and Rachel—was meant to have difficulty conceiving, but as "compensation" for being hated, G-d granted her easy conception.

The inability to have children when one desperately wants to can be a source of great sadness and suffering. How one reacts to such a predicament can be quite revealing. Our matriarchs present us with varied reactions to their infertility.

"Sarai said to Abram: ‘G-d has kept me from having children. Come to my slave, and hopefully I will be built up [have children] through her’...And Sarai the wife of Abram took Hagar and gave her to her husband as a wife” (Breisheet 16:1, 3). Not only does Sarah willingly allow her "competition" to marry her husband, she initiates, encourages, and arranges for it all. Her relationship with her husband truly fit the description, "and they shall be of one flesh" (Breisheet 2:24), so much so that any child of Avraham and Hagar was also, by extension, a child of Sarah. Sarah would be "built up" through Hagar's child.

Avraham and Sarah were so focused on bringing the message of ethical monotheism to the world that if it meant Sarah would have no biological part of the future of the Jewish people, so be it. "And Avraham and Sarah were elderly, the manner of women has ceased to be with Sarah" (Breisheet 18:11). Their relationship was so strong and so unified that the presence of another wife did not interfere with their oneness. It did not dawn on them that anything should be done differently. Hagar presented no threat to Sarah[1].

"And Yitzchak pleaded with G-d for his wife, because she was barren. G-d granted his plea, and Rivka became pregnant" (Breisheet 25:21-22). If one were not paying close attention, one might not notice that Yitzchak and Rivka waited 20 years for a child. Yitzchak is the happy recipient of whatever G-d brings him. His way is the way of contemplation and prayer, letting others act. Rivka, remarkably, is silent, there being no indication in the text that she even prayed for a child. Only when Yitzchak’s prayers were answered and Rivka became pregnant and experienced labour pains do we hear her voice, questioning why she was suffering so much. Whether this was due to her unwillingness to share Yitzchak with another woman or her realization that Yitzchak needed a special type of companion, we do not know. In any event, we see stoic acceptance of the will of G-d.

How different is the reaction of Rachel to her infertility! "And Rachel was jealous of her sister, and she said to Yaakov: ‘Give me children; if not, let me die.’ Jacob became furious with Rachel" (Breisheet 30:1-2). Jealousy, bickering, and anger marked the deteriorating relationship of Jacob and Rachel. It was Leah who became the mother of the monarchy, priesthood, and Torah scholars. It is she who is buried with Yaakov.

Perhaps it was the fact that Jacob could and did have children—not (yet) with a maidservant, but with Rachel's sister, no less—that increased those feelings of jealousy. It is clear from the names given to the future twelve tribes that Leah and Rachel saw children as defining their relationships with Jacob, with each other, and their own self-worth. "She named him Reuven: ‘G-d has seen my troubles; now, my husband will love me’"; "’Because G-d has seen that I am unloved’, and she named him Shimon"; "’Now, my husband will become attracted to me’...Therefore, he was called Levi" (Breisheet 29:32-34). By the time Yehuda, the fourth son, was born, Leah felt the relationship with Yaakov was rock-solid and thus, "Hapam odeh, this time, let me praise G-d". With the relationship cemented, "she then stopped having children” (Breisheet 29:35)

It is at this point, when Rachel feels Jacob slipping away, that she demands, “Give me children and if not I am dead” (Breisheet 30:1). Consigned to a life of childlessness, she adopts Sarah's method of using a maidservant, but clearly not with the same enthusiasm. And what does she call Bilhah's children? "'God has judged me, and He has also hearkened to my voice and has given me a son'; so she named him Dan" (Breisheet 30:6). "'NaphtuleyI have been twisted around with my sister through all of G-d's roundabout ways but I have finally won.’ So she named him Naphtali" (Breisheet 30:8). And when she finally does have her own child, she names him Yosef, because "Asaf, G-d has gathered away my humiliation" (Breisheet 30:22). Whereas Sarah could laugh at the prospect of having a child, Rachel could only wipe away her humiliation.

None of this explains what the barrenness of our matriarchs is meant to teach us. In a mystifying, cryptic statement, our sages claim that the barrenness of Sarah, Rivka, and Rachel was due to the fact that “G-d yearns for the prayer of the righteous” (Yevamot 64a). Whereas others might try to solve their problems through natural means only, the righteous will add the dimension of prayer, thus bringing “pleasure” unto G-d.

Prayer must emanate from a sense of total dependence on G-d. By praying, we declare that we are not in control, that we are even quite helpless. It is not newly found faith that leads many, upon discovery of serious illness, to prayer. Rather, it is the realization that they themselves can do little to effect the changes they yearn for.

Ultimately, it is G-d alone who determines the success of our efforts and prayers. It was crucial that our founding mothers, who would set the paradigm of behavior of Jews throughout history, understand this lesson. It is G-d who ultimately determines who shall be born and who shall live. G-d did not “need” the prayers of our matriarchs; rather, the matriarchs needed to pray. They needed to realize their dependence on G-d.

It is no coincidence that it is the prayer of Chana that serves as the model of prayer and the basis for the halachot, laws, of prayer.

[1] Sadly, but not unexpectedly, Sarah could not maintain this attitude and soon asked that Hagar be removed from the home. The Ramban (Breisheet 16:6) goes so far as to say that the punishment for this “sin” was that the descendants of Hagar would persecute the descendants of Sarah.