Some Thoughts on the Passing of Queen Elizabeth II 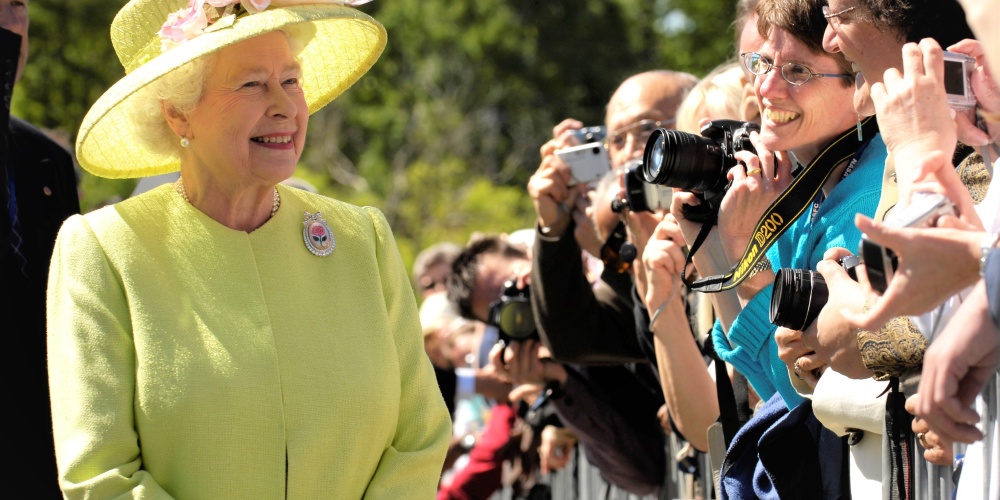 That the passing of Queen Elizabeth ll marks the end of an era is a great understatement. One need not list how much the world has changed in the past 70 years to recognize this. Suffice it to say that when Elizabeth ascended the throne, Harry Truman was President of the United States and David Ben Gurion was Prime Minister of Israel. And for long suffering Toronto Maple Leaf fans, Queen Elizabeth reigned for four Stanley Cup victories (wow, she really was queen for a long time). There are few alive today who can remember when the words of the British national anthem was “God Save our gracious king, long live our noble king”. There are few constants in the rapid-changing world we inhabit. For what is a Biblical lifetime, Queen Elizabeth was a beacon of stability in a chaotic world.

“You shall rise before the aged and show favour to an elder, and you shall fear your G-d; I am G-d” (Vayikra 19:32). Jewish law rules that one must stand even for a zaken ashmai, an elderly person of no particular merit. The Torah (thankfully) does not define at what age one is classified as a zaken, but many authorities rule that this extra special respect due to seniors begins at the age of 70. How much more so must one show honour to a monarch who reigned for 70 years. Of all the Jewish kings during the Biblical period the longest any one reigned was 52 years; and there is little doubt that Queen Elizabeth is worthy of much greater respect than Menashe, one of the worst kings who ever reigned over Israel.

When thinking of Elizabeth’s reign, I find it striking that she became Queen only because her uncle, Edward Vlll, abdicated the throne in order to marry a divorcee, Wallis Simpson. Some 80 years later no one gives a second thought that Camilla Bowles, the wife of King Charles lll, known officially as the Queen Consort[1], is herself a divorcee. Social norms have changed much in the past 70 years. Interestingly, the Torah has no issue with a king marrying a divorcee, it is only a kohen who is so prohibited[2].

In the Jewish tradition the number 70 represents a nation. The Jewish nation was founded by the 70 souls who descended to Egypt. 70 elders originally accompanied Moshe and Aharon to confront Pharoah. The Sanhedrin, the representative body of the Jewish nation had 70 members. The first exile of our people from the Land of Israel lasted 70 years. There are “70 faces” to the Torah, reflecting the diverse nature of our people. And there are 70 descendants of Noach listed in the Torah who symbolically represent the 70 nations of the world. That the nation of Israel and the nations of the world are both reflected by the number 70 indicates that the Jewish people must not live in isolation and are part and parcel of the world at large, and must work to improve the lot of mankind. This idea is most forcefully expressed in the bringing of 70 bulls over the course of the holiday of Sukkot, the holiday where we pray that the Sukkah of peace be spread upon us.

But 70 is more than a number of nationhood. It is the lifespan of an individual. “The years of one’s life are 70 years”. On a superficial level, a nation is a collection of the individuals who comprise that nation, yet there are always specific individuals who represent the nation. It has been many years since a Queen (or King) of England has had political power, highlighting the symbolic role they play today. Yet with Rosh Hashanah a week away we are most cognizant of the importance of symbols. As representative of the nation, a King – or Queen – may not waive the honour due them. Unlike a parent or a Torah scholar - who may waive the honour due them - royalty is not a personal honour.

The Queen was the face of the Commonwealth and beyond for seven decades. Her grace, dignity and respect for protocol brought great honour to her nation.  At the young age of 21 when she was still Princess Elizabeth she stated; “I declare before you all that my whole life, whether it be long or short, shall be devoted to your service”. It is fair to say that she kept her most beautiful promise, one worthy of emulation by all.

The number of events she personally attended was staggering. Moreover, the queen was a patron or president of more than 600 charities. According to research done by Charities Aid Foundation in 2012 in celebration of Queen Elizabeth’s Diamond Jubilee, the 60th anniversary of her accession, she helped raise more than £1.43 billion for charities she patronized.

That she was beloved can be seen by the fact that many thousands of people have waited up to 24 hours in line to pay their last respects – reportedly the longest queue in recorded human history.

Not only Great Britain but the world underwent major changes during her rule. In 1952 the British Empire spread far and wide – the sun never did set on the British Empire. One by one countries gained their independence and today the British monarch is the symbolic head of the 14 countries of the realm. It is instructive to note how Great Britain dealt with the “collapse” of their empire and how a recent "empire" whose English translation from the Hebrew means evil, has been dealing with the collapse of theirs.

Yirmiyahu, speaking to the Jewish exiles from the Land of Israel, tells them to “seek the welfare of the city to which I have exiled you and pray to the Lord in its behalf; for in its prosperity you shall prosper” (Yirmiyahu 29:7). The Mishna echoes this teaching by instructing us to pray for the welfare of the malchut, kingdom”. As for the monarch, the Talmud rules that one must say the bracha, “Blessed are You, the Lord our G-d Who has given from His glory to flesh and blood” (Brachot 58a). By honouring the Queen and now the King we are doing no less than emulating G-d. We thus pray that “G-d save our gracious King, long live our Noble King”.

The funeral for Queen Elizabeth is taking place just one week before Rosh Hashanah, the day we coronate the King of kings, the Holy One blessed be He. The theme of the day is malchut, the kingdom of G-d. It is the day of judgement – a most traditional role of a king - a day when we are most cognizant of the fact that whether a commoner, a prince, bishop or king we are here today and gone tomorrow. Ultimately, there is only King in this universe, one who reigns forever, who "was, is and will be” and we are His servants. May we always give Him the honour He is due.

[1] Only one in line to actually inherit the throne would receive the title Queen.

[2] Admittedly, this law is one that is at odds with our contemporary mode of thinking. In writing this article I came across an interesting explanation for this law. Namely, the role of the kohen was to “love peace and pursue peace”.  Our tradition depicts the first kohen, Aharon, as a great marriage counsellor – and hence this role is in contradiction to a situation of a marriage ended by divorce. While this is a nice idea, I don’t think most would find this a compelling notion to put in practice.