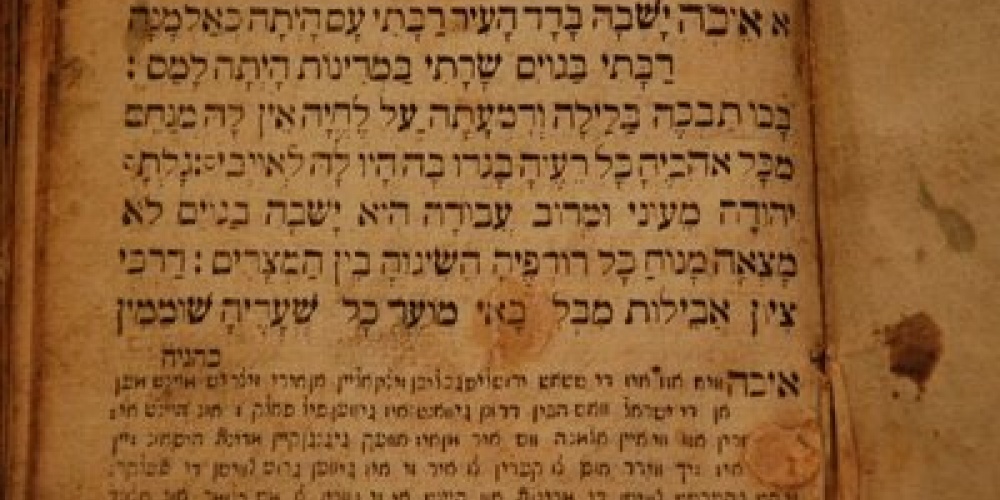 One of the most powerful ways to express hatred is to refuse to speak to someone, or to just plain ignore that person. We Jews are very good at this, and it is the reason that we were exiled from the land close to 2,000 years ago. It is well known that our Sages felt that it was sinnat chinam, free hatred[1], which had weakened Jewish society to such an extent that we were easy prey for the Romans. Even when given a chance to save the Temple, Rav Yochanan ben Zackai realized that would serve little purpose; and Jewish life and Jewish values had to be rebuilt from the ground up in the coastal city of Yavneh.

While the Talmud gives examples of the hatred that existed, it is in parshat Kedoshim that we are warned, “Do not hate your brother in your heart.” The Torah does not tell us that we are not to hate others; such a demand is, for most people, just unrealistic. What it does demand is that we not keep our hatred bottled up and festering inside us. Thus, the Torah immediately follows this command with the command to rebuke one who has done wrong.

It is taken as a given that one would only hate others because they have done something which is wrong, or at least, that the hater perceives to be wrong. If we are to ever have any hope of moving on to the next verse, with its command to “love your neighbour as yourself”—considered the fundamental principle of the Torah—then one must speak with those whom one “hates”. And it must be done graciously. While one should let people know what they have done wrong, it must be done effectively and with love.

The third part of verse concludes with the mitzvah, “You shall not bear sin against him”. The Talmud (Erchin 16b), quoted by Rashi, interprets this to mean that, when rebuking someone, one may not do it in such a way that will embarrass that person. Only when proper rebuke is given and refused may one continue to hate such a person.

Like so many other mitzvot that are no longer applicable, the mitzvah to hate a sinner is likewise inoperative today. “Rav Tarfon said, ‘I would be amazed if there are, in this generation, those who accept rebuke’”. This is followed by Rav Elazer ben Azariah’s statement that, “I would be amazed if there are, in this generation, people who know how to give rebuke” (Erchin 16b). If such was the case 1,800 years ago, it is hard to imagine that today, there is anyone is capable of giving or accepting rebuke. Thus, even those who sin greatly must be shown love, and not hate. This is a point made by numerous contemporary halachic authorities, yet one that seems to be ignored in practice—at least as far as it relates to the Jewish community. This group won’t speak to that group, who won’t speak to a third group, and on and on it goes, weakening all of us in the process.

The Mishna (Sanhedrin 27b) defines hatred as a situation in which one does not speak to someone for three days. To get angry for a day or two is understandable, if not ideal; but by the third day, it is time to mature and learn to speak with those with whom you may disagree, or even those you hate.

We oftentimes expend such great efforts at keeping this or that aspect of Jewish law. If we would only put an equal effort into keeping the most basic of mitzvot: talking to our brethren, especially those with whom we disagree; not embarrassing others; and actually trying to love our neighbour. How wonderful, and how much better Jewish life would be.

[1] If love means care and concern, then it stands to reason that “hate” actually means apathy. Societies disintegrate when people don’t care enough to get involved in building a better one.