Horayot 6: You Call This A Temple? 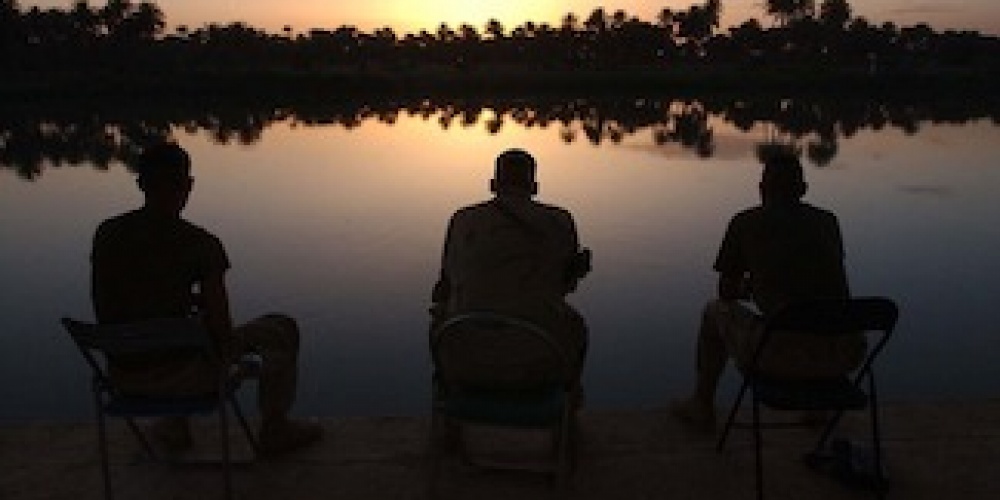 In his best-selling book, Predictably Irrational, Dan Ariely notes how very rare it is for humans to make decisions in absolute terms. Rather, we weigh our options, compare one choice to another, and decide accordingly. It is the relative merits of one choice against another that determines our actions. Truly, everything is relative and context is crucial.

“When the builders had laid the foundation of the Temple of the Lord, priests in their vestments with trumpets, and Levites, sons of Asaph with cymbals, were stationed to give praise to the Lord, as King David of Israel had ordained. They sang songs extolling and praising the Lord, ‘For He is good, His steadfast love for Israel is eternal’. All the people raised a great shout extolling the Lord because the foundation of the House of the Lord had been laid….Many shouted joyously at the top of their voices” (Ezra 3:10-12).

In 586 BCE, the Beit Hamikdash was destroyed and the Jewish people exiled to Babylonia. Some 50 years later, Cyrus the Great, founder of the First Persian Empire, invited the Jewish people to return to Israel. While only some 42,000 Jews heeded the call, those who came began work on rebuilding the Beit Hamikdash. With the foundation of the Second Temple laid, there was great joy amongst the people. The prophecy of Yirmiyahu that the exile would end after 70 years was fulfilled, and instead of crying by the rivers of Babylon, there was great joy in Jerusalem.

As a sign that the sins of the past were all forgiven, the returnees brought sacrifices to atone for the idolatry that was rampant during the First Temple period. This, despite the fact that the idolatry was committed quite willingly and thus, no korban should be allowed[1]. These sacrifices were, the Gemara (Horayot 6a) explains, a hora’at sha’ah, an emergency measure for these special circumstances. After 70 years, the exile was over and a glorious future awaited the Jewish people.

Sadly, it was not quite that simple.

“Many of the priests and Levites and the chiefs of the clans, the old men who had seen the First Temple, wept loudly at the sight of the founding of this house” (Ezra 3:12).

The Second Temple may have been nice, but it did not compare to the first. It was missing the aron kodesh containing the luchoot habrit given at Sinai. They had been hidden years before by Yoshiyahu who, fearing the imminent destruction of the Temple and subsequent exile, wanted to ensure that they would not fall into foreign hands (Yoma 52b). The breastplate of the high priest through which G-d communicated to the kohen gadol no longer functioned, and the oils used to anoint the kohen gadol ceased to exist. In short, and most importantly, the divine presence did not rest in the Temple.

So while the naïve youth, oblivious to what once was, were dancing and singing, those who recalled the glory of the First Temple were in no mood to celebrate. This poor imitation of a real Temple left them with little choice but to cry. And the cries were such that “the people could not hear the shouts of joy due to the people’s weeping”.

As the Talmud understands it, the crying drowned out the dancing for the simple reason that there were more people crying than celebrating. That is most tragic. The Talmud had wondered how it was even possible that the returnees to Zion could bring a korban on behalf of the sinners of the First Temple. A korban can only be brought if those who are to receive atonement are still alive. With the Temple gone for 70 years and the minimum age to be liable for a korban 20, those who required atonement were at least 90 years old, and the Gemara originally assumed that there was no one alive at the dedication of the Second Temple who had witnessed the first. That they were the majority was beyond tragic  – but not surprising.

The young, who had grown up in the comfort of Bavel and never knew of a Temple, had little desire to return to the desolate land of Israel. They had even been told to build homes and become loyal citizens of their new land (see Yirmiyahu chapter 29). While this was meant as a temporary measure only, it did not quite work out that way. The vast majority of the exiles chose to stay in Bavel. It was those old Jews who cried at the rivers of Babylon, who had experienced the exile who went back.

The Rambam posits that the composition of the Shmoneh Esrei and brachot were a direct result of the masses living in exile who no longer spoke Hebrew. Ezra and his court (who did return to Israel) thus composed fixed texts that could easily be learned, replacing the fluid nature that prayer is meant to be[2].

That there would be tension between Bavel and Israel was inevitable. “Reish Lakish [who lived in Israel after the destruction of the second Temple] was swimming in the Jordan River. Rabba bar bar Ḥana came and offered a hand. Reish Lakish said to him: ‘My God! I hate you, as it is written: If she be a wall, we will build a silver turret upon her; if she be a door, we will cover her with boards of cedar (Shir Hashirim 8:9): Had you [Babylonians] rendered yourselves like a wall and ascended in the days of Ezra, you would have been likened to silver, which rot does not infest. Now that you ascended like doors, [i.e., very few came to Eretz Yisrael], you are likened to cedar, which rot infests’” (Yoma 9a).

What might have been was not to be. But that was some 2,600 years ago. As the Jewish people have returned to the land – in much greater numbers than during the Second Temple period – let us hope and pray that the Temple, the symbol of peace in the world, will be rebuilt and that rot never has any power over it.

[1] The only intentional sin for which a sacrifice can be brought is one who denies under oath having someone else’s money and then wants to repent. Such a person must pay a 25% penalty to the victim and bring a korban asham.

[2] While this may have been necessary to save the institution of prayer, it need not be stated that this has also made prayer boring for many who find little meaning in saying the same words over and over and over again. Instead of being spontaneous and personal, prayer became routine and mechanized. With the majority (or very close) of the Jewish people living in Israel for the first time since the First Temple, perhaps we might consider slowly returning to prayer in its original form, in which “one who was fluent, would offer up many prayers and supplications. If one was slow of speech, he would pray as he could and whenever he pleased. Thus, also, the number of separate services depended on an individual's ability. One would pray once daily; others, several times in the day” (Rambam, Laws of Prayer 1:3).