Horayot 2: What Do You Think? 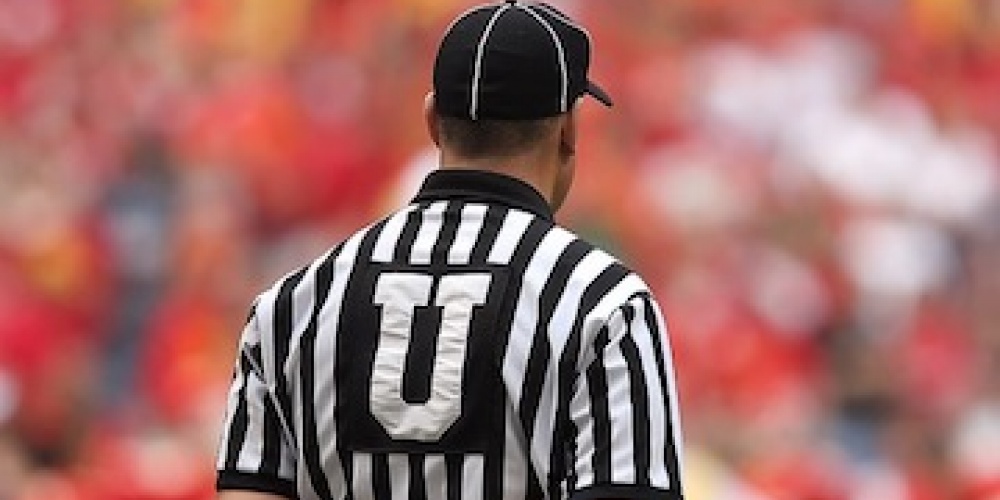 In the days before instant replay took over much of sports officiating[1], the rule of thumb was that the ‘umpire is right even when he is wrong’. In the fast paced nature of sports it is inevitable that the umpire (or referee) will make the occasional mistake and such was accepted as part of the game. Occasionally, actually very rarely, games were won or lost due to a “bad call” but such was the price of live action. In any event, the technology was not quite good enough to ensure the right call was made.

Today, as any sports fan can tell you, this is no longer the case – and it is far from certain the situation is better. Besides the endless delays to games, nearly every call is debated ad infinitum as questions arise as to exactly how literally to apply the rules or even what the rules are meant to say. I for one liked it better when the second baseman did not necessarily need to have his foot on the bag as he turned a double play, allowing the umpire to use his discretion as to what constitutes an out[2].

As we discussed in our introduction to masechet Horayot, the entire masechet is based on the premise of rabbinic error. The opening Mishna begins as follows: “If the Court [erroneously] ruled that one may violate one of the commandments of the Torah and an individual went and mistakenly violated it based on their words…he is exempt, because he relied on the court” (Horayot 2a).

One who accidentally violates a Biblical law whose intentional violation carries with it the penalty of karet[3], excision is obligated to bring a korban chatat, a sin offering. Accidents are generally preventable and include such contingencies as ignorance of the law, or some form of carelessness. However, one who relies on a ruling of the court is totally blameless, even praiseworthy, and hence it reasons that though a wrong was committed, the individual is exempt from bringing a korban. Provided that the majority of the Jewish people act in accordance with the mistaken ruling the beit din must bring a special sin offering, known as par he’elem davar shel tzibbur, the bull when a law is forgotten by the congregation. If a minority of the people rely on the court’s mistaken ruling, we have a situation where no korban is brought by anybody for the sin committed. The one who “sins” is exempt as he relied on the beit din and the beit din is exempt because it was not a communal sin.

The notion that no form of atonement should be brought when a wrong was committed, regardless of the cause, did not sit well with all and the Talmud argues that our Mishna actually reflects the minority view of Rabbi Yehuda with the Sages arguing that in a scenario where only a minority followed the court’s ruling, each individual would be obligated to bring a korban chatat despite having done absolutely no wrong. There is even a view that when many “sin” and the beit din must bring the communal par, every individual who “sinned” i.e. the majority of the Jewish people, would also have to bring a korban. When a sin has been committed a sin has been committed and the “sinner” must atone despite his innocence[4].

Of course, often one sins without relying on the court. Thus one who habitually eats non-kosher food, and then eats cheilev, forbidden fats, mistakenly declared kosher by the court, cannot claim – not that he necessarily cares – he was relying on the court. He relied on nothing else other than his heart’s desires.

More relevant is the second half of the opening Mishna where “the court ruled and one of its members or a student who is worthy of being appointed to the court knew they had made an error” but nonetheless followed the court’s ruling. The Mishna teaches that in such a case the errant student would be obligated to bring a korban chatat. Possessing the requisite knowledge needed to rule on matters of Jewish law, he cannot use the court’s ruling as an excuse for his actions. One is supposed to ask others for a ruling only ki yipaleh (see Devarim 17:8), when one is uncertain of the law. But one who is not in doubt must follow what he knows to be true – regardless of what others may say.

This is a remarkable ruling. There is a fine line between ignoring what one knows to be an erroneous ruling of the court and being declared a zaken mamre. The latter is a member of the court who tells others not to follow what he believes to be – and may actually be - a mistaken ruling of the court. Doing so undermines the authority of the court and earns one a death penalty. While one must not urge others to flaunt the ruling of the court, one may explain to all why they think the court ruling is wrong - even as it must be obeyed in practice. But that does not give one license to eat food one believes to be non-kosher, just because the beit din declared that it is kosher. Thinking the ruling was wrong, he himself may not follow it. And if he does, he and not the court is responsible to bring a korban. As the Talmud explains, he erred in the “mitzva to listen to the words of the Sages” by listening too much to others and not enough to himself. Unlike traditional baseball the rabbi who is wrong is wrong.

[1] For those who have no interest in sports I apologize for my rather long introduction; feel free to skip the first two paragraphs. But with baseball season i.e. spring, in the air, and with so many moral lessons we can learn from sports (see, for example, here) I could not resist comparing the mistakes of umpires and lehavdil, those of the beit din.

[2] The tension between what is on the books and what is done in practice is a long-standing one in every aspect of law. Speeding tickets are not given for one who goes 102km in a 100km zone and many laws that are on the books are observed only in the breach. The halachic system is no different and there is great debate as to when - and by how much - accepted practice, minhag, can overrule halacha, the law as codified.

[3] There are 36 such sins, mainly in the area of forbidden sexual relations and idolatrous practices (though it also includes eating chametz on Pesach). Two of them, non-fulfillment of the obligations of brit milah and korban pesach, are positive commands and three of them, relating to entering the Temple or eating sacrificial meats in a state of impurity, have a special korban leaving 31 cases where one may be obligated to bring a sin offering.

[4] I might have argued this is based on such notions that “the animals of the righteous the Holy One Blessed be He does not bring misfortune through them, how much more so the righteous themselves" (Gittin 7a) or that “merit is brought forth by the meritorious and misfortune by the guilty” (Shabbat 32a). Yet the Gemara makes no such suggestion, perhaps indicating that we dare not label those who listen to a court ruling as anything less than meritorious. The korban indicates nothing more than the fact that a mistake was made, but there is no sinner here.