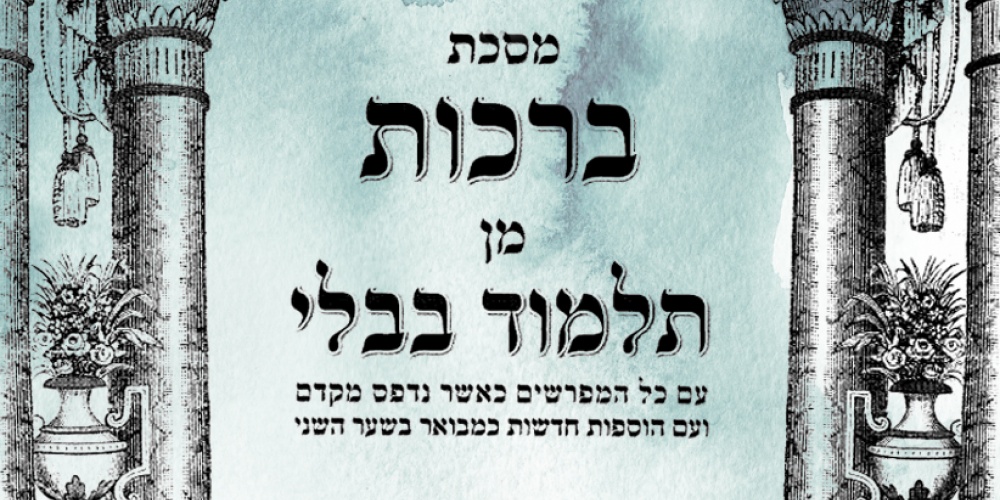 We have often noted that the Talmud was edited with great precision. A simple example is the extreme to which it goes to record who, and in whose name, teachings were made. When the teachings of the same person on a variety of subjects are juxtaposed, a most common occurrence, more times than not it is much more than a mnemonic device. Upon closer examination one notices that these seemingly unconnected teachings are deeply related to each other. Hence, in the vast majority of cases, where the teachings of the same person are unrelated, they are not juxtaposed. In a similar vein, the Talmud often goes back and forth between aggadah and halacha, bringing together seemingly unrelated concepts and genres that, upon deeper reflection, are intimately connected.

A powerful example of this is the placement of the story of the excommunication of Rabbi Eliezer (Bava Metzia 59) in the midst of a halachic discussion of ona’at devarim, causing needless mental anguish to another. It may be that the “Torah is not in heaven”, but that is no excuse to hurt those here on earth. For the Talmudic rabbis and editors, there was no reason to distinguish between halacha and aggadah, as they were merely two complementary perspectives from which to examine an issue[1].

As is often the case, only after discussing the obligation to do something does the Gemara discuss the source of that obligation. After a detailed halachic discussion regarding the particular bracha one makes on various pleasant smells, the Gemara then—and only then—asks how we know that, in fact, one must make a bracha on a pleasant smell? It is what we may call a rabbinic example of na’aseh v’nishma[2].

“Rav Zutra bar Toviya said in the name of Rav: From where is it derived that one recites a blessing over scent? As it is stated: ‘Let every soul praise the Lord’ (Tehillim 150:6). What is it from which the soul derives benefit and the body does not derive benefit? You must say: That is scent” (Brachot 43b).

This is followed by two additional aggadic teachings of Rav Zutra bar Toviya, said in the name of Rav: “The young men of Israel are destined to emit a scent sweet as the Lebanon, as it is stated (Hosea 14:7): ‘His branches shall spread and his beauty will be as the olive tree, and his fragrance as Lebanon’”. Sweet-smelling fragrances are fine, but sweet-smelling people are much better. And we refer not to physical odor, but rather to moral foreshadowing. Smell is the sense of anticipation; when one smells the sweet aroma of a Jewish household on a Friday afternoon, one looks forward to a delicious Friday night meal. It is why a korban is called a reiach nechoach, a sweet smell. When one comes to the Temple, the dwelling place of the Divine, and brings an offering to come closer, korban, to G-d, we anticipate that the person will leave the Temple as a person changed for the better.

Rav Zutra bar Tovyia in the name of Rav follows this up with the psychological insight that, “Each and every individual, G-d has made his work pleasant for him in his own eye”. G-d created us in such a way that everyone feels the work they do is crucially important. To spend hours doing something that has little meaning would be cruel punishment. Our tradition defines avodat perach—the type of work with which our Egyptian taskmaster enslaved us, and work the Torah later prohibits us from imposing upon others—as work that serves no purpose. The link to our sugya is provided by Rashi, who notes that this includes a burshi, a tanner. Despite the backbreaking labour involved, foul smells that abound[3], and its low status, the tanner rightfully feels that he is doing something important. So foul smelling is your typical tanner that the halacha allows a women married to a tanner to demand a divorce at any time—even if she had explicitly understood and agreed to marry someone who would have such a foul smell[4] (Mishna Ketubot 7:10).

The first thing one notices regarding this teaching is that there are three very different series of attributions of this teaching, most likely because the same teaching was taught in three different batei midrash, attesting to its importance.

Whether this teaching is meant literally or figuratively, i.e., whether this is a halachic or aggadic statement, is actually a matter of debate. Some authorities go so far as to include embarrassing someone in public as one of the cardinal sins of Judaism, for which one must forfeit one’s life rather than violate (see for example Tosafot, Sotah 10b s.v. Noach lo, Binyan Tzion #172). For the Talmudic rabbis, it was the moral message that was of great interest, not the practical ramifications of being derelict in our inter-personal obligations.

Left unexplained is why this teaching—which appears in three other places in the Talmud—is brought in our sugya. In those three cases, the teaching is directly related to the discussion at hand and has nothing to do with the author of the teaching. And so, too, in our sugya it is the message, not the messenger, that is most important. The link may be less direct and not as obvious; but it is no less—and perhaps, one could argue, even more—important.

Immediately after this teaching regarding embarrassment, the Gemara discusses which bracha to recite first if one wants to smell both hadas and oil. The Gemara quotes a debate between Beit Hillel and Beit Shammai and then notes that the law is in accordance with Rabban Gamliel, who rules in accordance with Beit Shammai that one first makes the bracha on the oil. The Gemara then relates that Rav Pappa went to Rav Hunah’s home and was given hadas and oil. He made the bracha on the hadas first, as per Beit Hillel. Rav Huna then said to him, "Do you not hold like the established view of Rabban Gamliel?" to which Rav Pappa answered that actually, Rava ruled that the halacha follows Beit Hillel. The Gemara comments that such was not true. Rav Pappa actaully made that up, as Rava said no such thing. However, he did so “in order to justify his actions”. In other words, in order to avoid embarrassment, Rav Pappa lied, going so far as to misrepresent what the great sage Rava had said.

We all understand that to make an insulting remark or to embarrass someone for no good reason is a terrible sin. But we are susceptible to the view that halacha is halacha and, if we see someone doing something wrong, we must correct them, let the chips fall where they may. The Talmud is teaching how wrong such a view can be. This is especially so if someone is following a legitimate view, even if such a view is not accepted in practice. Despite Rav Hunah’s well-meaning sincerity, he failed to realize how far we must go to ensure that we do not embarrass others.

The biblical source prohibiting embarrassing someone—“and do not bear his sin” (Vayikra 19:17)—is the concluding part of the verse dealing with rebuking someone. Even if someone may be sinning—and following the view of Beit Hillel with regard to the order of brachot can hardly be called a sin—this does not give one license to embarrass that someone.

[1] The distinction between these two spheres is not always clear, nor is it clear how much of a distinction there should be. While aggadah by its very nature allows and encourages a multiplicity of views, (even contradictory ones), and often lends itself to exaggeration, one cannot always tell when a statement is meant as legal imperative or moral exhortation.

[2] This is how masechet Brachot, and hence, the entire Talmud begins, with the Mishna asking the earliest time that one can say the evening shema, without first establishing the fact that there is an obligation to say shema. Detailing the source of that obligation was left for the Gemara to do.

[3] Having visited a tannery on the Torah in Motion trip to Morocco, I can attest to this firsthand. So horrid is the smell that when one walks in, one is handed a plant with a beautiful scent to place by one’s nose when one visits, something highly recommended. And it is always a “he”. So difficult is the labour that only men are allowed to do this work.

[4] While today, allowing a woman to demand a divorce may be no big deal, in the ancient world, this was just about unheard of. There was nothing unusual about the Torah granting the power to divorce exclusively to the husband.

[5] Actually, there is an intervening teaching, also in the name of Rav Zutra bar Tovyia in the name of Rav, relating to the light of a torch, the light of the moon, and the danger of walking in the dark. Other than the identity of the author and the attribution, the only possible link I could think of was the intangible nature of both light and smell. I would love for you to make a better suggestion.