Beitza 6: Nothing New Under the Sun 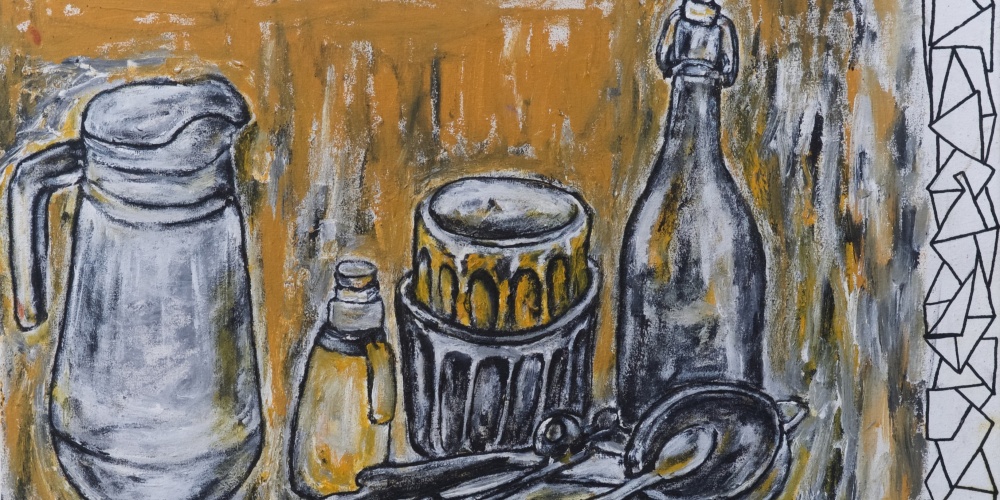 It is on Sukkot that we read sefer Kohelet. A devar Torah on masechet Beitza is not the place to discuss the reason for this custom. However, as I was writing these words, one verse kept popping into my mind: "There is nothing new under the sun" (Kohelet 1:9).

As might be expected, it is not quite so simple; and there are Talmudic decrees that, despite never having been formally repealed, are no longer generally observed.

"Rava said: If one died on the first day of a festival, gentiles should attend to his burial. If one died on the second day of a festival, Jews should attend to his burial, even on the two Yom Tov days of Rosh Hashanah" (Beitza 6a). Judaism places great emphasis on the speedy burial of a deceased. It is not surprising that one is allowed, encouraged, and likely obligated to have non-Jews attend to the burial, i.e. dig the grave, when a death occurs just before or on Yom Tov[1]. On the second day, there is no need to involve non-Jews as "Regarding the deceased: the rabbis considered the second day of Yom Tov like a weekday".

So important is timely burial that it has greatly impacted the Jewish calendar. Lo Adu Rosh, the first day of Rosh Hashanah can never fall on a Sunday, Wednesday, or Friday. This has nothing to do with Rosh Hashanah-there is no intrinsic reason it cannot fall on those days-and much to do with Yom Kippur. Were Rosh Hashanah to fall on a Wednesday or Friday, Yom Kippur would then be on Friday or Sunday, and with burial forbidden on both Shabbat and Yom Kippur, one might have to delay a funeral for over two days, something our Sages wanted to avoid.

However, historical factors conspired to lead the rabbis to forbid holding funerals on the second day of Yom Tov. "Ravina said: Nowadays that there are chavrei, we are afraid" and hence, do not allow funerals. To paraphrase Rashi (s.v. d'eika), chaverei were employers who resented giving the second day of Yom Tov off for their Jewish employees. After all, how can one run a business if half the workers take off every other day in September? But what could they do? Forcing them to work would be a violation of their religious rights. And apparently the chaverei, while not happy about the situation, acquiesced. But if Jews were seen burying their dead on Yom Tov, they would realize that one can work under extenuating circumstances. As far as the chaverei are concerned, if one can go to a funeral on Yom Tov, one can also work; and they would then "force them to work"[2].

Commenting on this Gemara, the Tosafists (s.v. Vehaeidna) notes that, "Since in our days (12th-14th century), we no longer have chevrei", we no longer have to follow Ravina's decree-this, despite no quorum having been convened to officially repeal this decree. As the Tosafists write, "since the reason [of the original decree] was because of fear, since the fear passed, the reason is no longer applicable". Tosafot then cite another example of a lapsed rabbinic decree, that of mayim megulim, "unattended waters". Our Talmudic Sages forbade the drinking of uncovered and unattended water out of the fear that a snake may have drunk from the water and left poison in it. "And nowadays, when snakes are not commonly found amongst us, we drink from it even ab initio, even though it is [something established by] a quorum".

Nonetheless, Rabbeinu Tam forbade Jews from involving themselves in a funeral on Yom Tov, as "many Jews had government jobs, for example, collecting taxes and other needs [of government], and if they saw them doing work at a funeral, they would insist they do work for the government." Rabbeinu Tam was quite serious in his opposition to funerals on Yom Tov. The Tosafists (both here and Shabbat 139b, s.v. Yom Tov[3]) note that it once occurred that someone died and they took the deceased outside of the techum Shabbat, the city limits (beyond which it is normally forbidden to walk) to bury him, "with many following on their horses. Rabbeinu Tam got angry even at those who walked".

Rabbeinu Tam had an additional reason for forbidding funerals: namely, that it would lead to much desecration of Yom Tov. While the burial itself is permitted, only that work that is directly connected to the burial is allowed. Ancillary actions, such as "driving" to the funeral, are not. Burying someone quickly is important but delaying burial to bring honour to the deceased is more so. Having many improperly violate Yom Tov with the intent to bring honour to the deceased would, in fact, be an act of great dishonour, his death having led to chilul Yom Tov[4].

What Tosafot does not explain is why the laws regarding funerals and drinking water can change even without a formal retraction. Why in some cases is the reason for a decree determinative, and in other cases, the law is still applicable even as the reason no longer is?

It would appear that reasons are determinative, and whenever the reason no longer applies, the gezeira, rabbinic decree is automatically annulled, provided the reason for the gezeira accompanies the gezeira. However, often the rabbis do not incorporate the reasons for their decree into the decree itself. This may be because the rabbis may have wanted the gezeira to remain in force until formally repealed. Or perhaps there were a variety of reasons for a particular decree, some of which may still apply. In those situations, we must continue to observe the gezeira. Regarding mayim megulim and burial on the second day of Yom Tov, it was only fear-of snake poison or the reaction of the non-Jewish community-that led to the decrees in the first place. Absent those reasons, there is no reason to continue to observe them.

That reasons are determinative is actually a concept the rabbis derived from the Torah itself. The Shulchan Aruch (Yoreh Deah 270:2) quotes the Rosh rules that the mitzvah to write a sefer Torah no longer applies. Rather, the mitzvah can (and should[5]) be fulfilled by acquiring Jewish books. In explaining this radical view-nullifying a clear directive of the Torah-the Drisha  explains that the Rosh is just applying the words of the Torah to his own day and age[6].

Our Sages derive the mitzvah to write a sefer Torah from the verse, "and now, write down this poem and teach it to the people of Israel" (Devarim 30:19). The Torah is clear that the purpose of writing the Torah is so that we may learn from it. In an age before the Oral Law was allowed to be written, the only text of the Torah from which one could learn was the Torah itself. Hence, the importance of having one's own sefer Torah. But with the writing of the Oral Law, not to mention the invention of the printing press (which was invented more than 100 years after the death of the Rosh), we learn from the many books of the Oral Law. It is pretty much unheard of-it would even be considered disrespectful-to learn Torah from an actual Torah scroll. Hence, in keeping with the Torah’s clear purpose of the mitzvah, the nature of the mitzvah has fundamentally changed.

Our tradition is meant to be an oral one. For historical reasons, we had little choice but to commit the Oral Law to writing. Yet as important as books may be, having a mentor is much more so-one who is a living and walking sefer Torah. Such a person can inspire even after they have departed from this world.

It is no coincidence that the mitzvah to "write a sefer Torah" so that we may teach Torah is the last of the 613 mitzvot. Each and every day, we write a new chapter in our personal sefer Torah. Great books continue to inspire long after the authors have died. May we merit that hashira hazot, the song we write, will be a source of inspiration for generations to come.

[1] While normally, one may not ask a non-Jew to do melacha, creative work, on behalf of a Jew, for communal needs, one may do so.

[2] Living in times when Jews were second-class citizens at best, Rashi explains that the chevrei were "an evil nation" who would literally "force us to work", but it needs no mention that this problem exists even today.

[3] Based on the different way each case is described, it would seem that these were two separate funerals.

[4] This is especially true today when, unlike during the time of Rashi and Tosafot, we have the ability to prevent the immediate decomposition of the body such that delaying a funeral is more easily justified.

[5] There are thousands of sifrei Torah that are removed from the aron kodesh only on Simchat Torah, spending the rest of the year, pardon my expression, collecting dust. Our community would be much stronger if instead of spending thousands of dollars commissioning a new sefer Torah, the money would be given to our day schools and yeshivot so that we can better "teach the people of Israel."