Avodah Zarah 18: The Power of the Letters 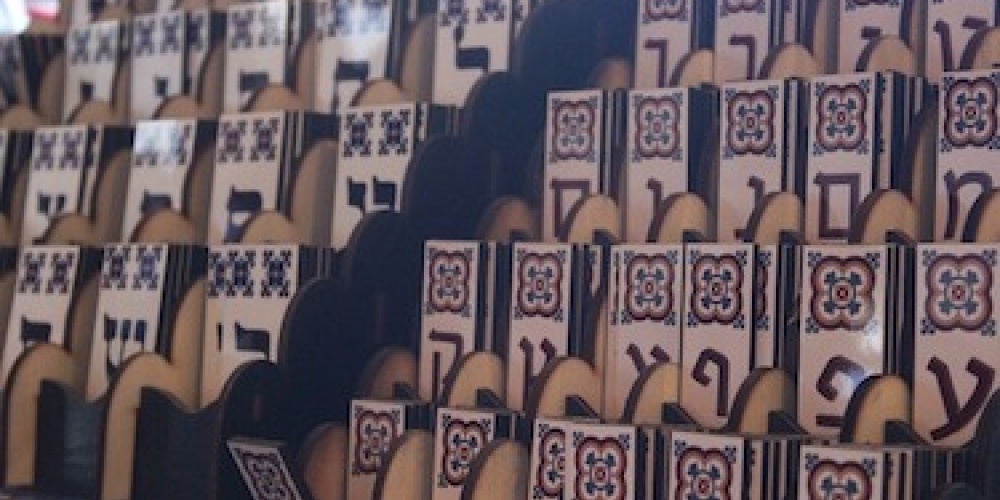 One of the differences between Ashkenazic and Sephardic culture, both religiously and otherwise, is in their view of the mitzvah of Kiddush Hashem, the sanctification of the Name, specifically as it relates to martyrdom.

The Rambam, born in Spain in 1138, begins the legal portion of his monumental code[1] discussing the mitzvah of Kiddush Hashem: “The entire house of Israel is commanded to sanctify the name of G-d” (Yesodei HaTorah 5:1), specifically detailing when martyrdom is, and is not, required. The former cases are generally[2] limited to violation of the three cardinal sins of idolatry, adultery and murder. In all other circumstances, one is required to violate the laws of the Torah in order to save one’s life. One who—in great devotion to G-d’s command—gives up his life rather than violate a lesser prohibition is, in the words of the Rambam, “mitchayev b’nafsho”, guilty of suicide.

How different was the view of the Tosafists, living in France and Germany in the 12th-14th century. In their opinion, the halacha allows one to violate the law rather than sacrifice one’s life. But those who sacrifice their lives for minor transgressions are on the highest of religious levels, greatly sanctifying the name of G-d. Ashkenazic Jewry—perhaps because martyrdom, tragically, was so often required—placed great emphasis on the mitzvah of Kiddush Hashem.

This is highlighted in Ashkenazic telling of the origins of “Unetaneh Tokef”, attributed to Rav Amnon of Mainz. With the discovery of the Cairo Genizah, we now know that this powerful prayer – recited only in the Ashkenazi liturgy – dates back to at least the 7th century, possibly earlier. Furthermore, as we have discussed here, there is no evidence that a Rav Amnon of Mainz ever actually existed. The powerful story of Rav Amnon’s death was meant not as history, but as a model to inspire others to follow if need be. Is it any wonder that the vast  majority of Jews of the Rhineland willingly gave their lives al Kiddush Hashem during the Crusades of 1096? This stands in contrast to many of the Jews of Spain who, in 1492 were willing to convert—at least outwardly—rather than face the far lesser result of expulsion[3].

One of the most tragic and poignant individual cases of martyrdom is that of the death of the great tanna, Rabbi Chananyah ben Tradyon. The basic story – though not many of the details – are relatively well known, as they have been incorporated into our tefilot on Tisha b’Av and Yom Kippur through the piyut, the liturgical poem, describing the deaths of the asara harugei malchut, ten great rabbis, martyred by the Romans. In retribution for the rabbi’s defiance of the Roman order forbidding the teaching of Torah, the Romans wrapped his body in the Torah from which he taught, and then “covered his heart with wet cotton, so that his soul should not depart so quickly” to ensure that he would suffer even more.

When his daughter—the Talmudic Sage Beruriah (see Pesachim 62b)—exclaimed “Father, must I see you [suffer] like this?” Rabbi Chananya ben Tradyon offered words of comfort. “He said to her: ‘If I was being burned alone, it would be difficult for me; now that I am being burned and a sefer Torah is with me, the One who will be concerned with the dignity of the Torah will also be concerned with my dignity’’ (Avodah Zara 18a). For Rabbi Chananya ben Tradyon, suffering the same fate as a sefer Torah is most comforting.

His students, presumably shocked by his calmness, then asked him, “What do you see?” He said: “The parchments are being burnt, but the letters are soaring on high”.

A sefer Torah consists of letters written on parchment. The parchment attains sanctity only because of the letters that are written on it. Absent those letters, the parchment is just parchment. Like all things physical, including the human body, it can be burned. But the letters of the Torah, compared by our Sages to the soul of a person (see Moed Katan 25a), can never be extinguished and soar heavenward even as fire rages below.

His students then instructed him[4] to open his mouth, so the fire could enter and end his suffering sooner. He answered that, “It’s better that the One who takes away is the One who gave me [life], and [one] should not harm oneself”.

The Roman executioner then asked, if he should raise the intensity of the flames and remove the wet cloths, would he be granted entry to the World to Come? When assured he would, he did exactly that, and “the soul [of Rabbi Chanaya ben Tradyon] departed quickly. He, too, jumped and landed in the midst of the fire.”

Rabbeinu Tam (Tosafot s.v. v'al), commenting on this story, posits that if one fears that under torture, they might profess conversion, “it is a mitzvah to harm oneself, i.e., commit suicide”, quoting a Talmudic precedent of the children who threw themselves into the sea lest they be raped by their Roman kidnappers[5].

The propriety of Jews’ committing suicide rather than be tortured or forcibly converted by our enemies is one that goes back to Masada and has generated much controversy, reflecting irreconcilable views on the value of life if one is forced to transgress basic Torah principles.

Dr. Haym Soloveitchik (see Collected Writings, Volume 2, chapter 11) argues that there is absolutely no halachic basis to allow one to commit suicide as a preventive measure. However, with such suicides common in Ashkenaz–including people killing their own children lest they be converted—it was inconceivable to declare those who did so sinners. These people were models of piety, and their religious devotion knew no bounds. Hence, the need to look for halachic justification for something that, if asked abstractly, would surely have received a negative response[6].

While the assertion of Rabbeinu Tam that one may commit suicide lest one is forced to violate the Torah is most controversial, all agree that the halacha allows one to refuse medical treatment if such will temporarily extend a life filled with much pain[7]. One may even pray for one who is pain to die, a law taught to us by the maidservant of Rebbe Yehuda Hanassi who, witnessing his students praying for their teacher to recover, smashed a jug. When the startled rabbis’ prayers were thus interrupted, Rebbe passed away, ending his suffering (Ketubot 104a).

[1] This discussion begins in chapter five of the Hilchot Yesodei haTorah, with the first four chapters devoted to metaphysics and the overarching importance of the study of philosophy. It was the contents of these four chapters that led the rabbis of northern France to burn the Mishneh Torah, highlighting another fundamental difference between Ashkenaz and Sefarad.

[2] In cases of religious persecution or if required to publicly violate the law, one must give up one’s life for every and all mitzvoth, even for a custom.

[3] Historians estimate that no more than 50% of Spanish Jewry actually left Spain. And this number does not take into account the many thousands – including many rabbis – who fully converted to Christianity, especially from 1391 onwards.  We who live in countries where religious freedom is protected by law would do well not to rush to judgment. How many can know with certainty what they would have done if faced with such horrible choices?

[4] If you look carefully at the text, you will notice that the phrase, “You, too, should open your mouth” immediately follows the phrase “the letters are soaring on high” with no interjection of “they said”, implying that both were said by Rabbi Chananya ben Tradyon. It is as if he was debating with himself as to whether he should commit suicide to end his life, concluding that it would be “better” if the One who gave life took it away.

[5] In the early 1970s, there was a series of articles in the journal Tradition debating whether those who committed suicide at Masada should be seen as heroes or sinners. Some argued that the entire discussion was anachronistic, as these halachot had yet to be fully developed. We do know that it was only during the Maccabean revolt in the year 168 BCE that the halacha that one may violate Shabbat to save a life, i.e, that one can fight a war on Shabbat, was first promulgated.

[6] Rabbi (Haym) Soloveitchik argues that the Tosafists did not even realize that they may have been “misapplying” rabbinic text, so clear to them was it that such had to be a great mitzvah.

[7] The simple reading of the Gemara actually allows one to ask others to hasten one’s death. The executioner not only asked if he could remove the wet cloths – something that could (though not necessarily) be argued is removing an impediment to death, not actively killing the patient – but whether he could actively raise the flames. And the answer was clear that he could.