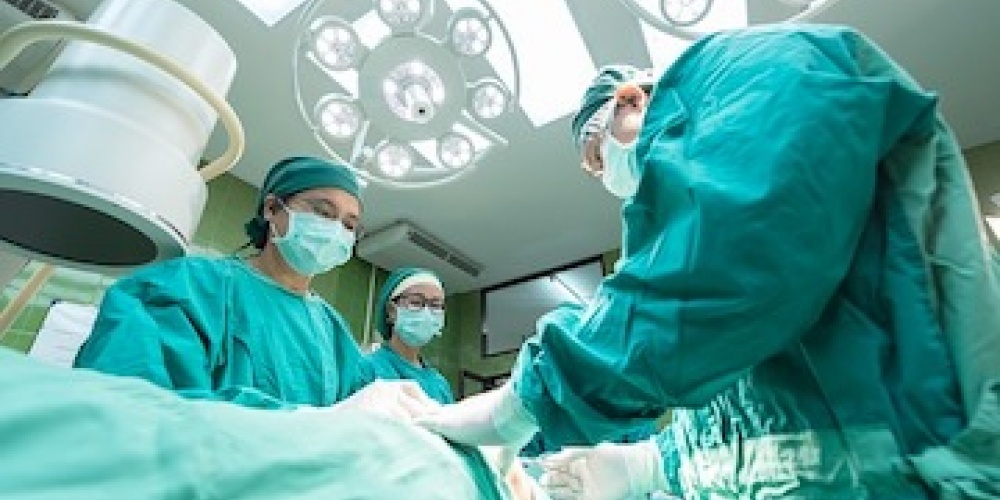 When seeking out expert opinion on any matter, it is irresponsible not to get a second opinion. It is the rare—and foolhardy—person who will undergo a major operation without consulting with various specialists. And those who want to ensure that they are making the best possible decision seek out opposing views, analyzing the strengths and weaknesses of the opposing arguments before making a final decision.

It is for this reason that the traditional and optimal way of learning is with a chevruta, a study partner, each of whom is tasked with critically evaluating and disputing the views of their chevruta. Using a play on the words oiyev, “enemy” and ohev, “beloved”, “Rav Chiyya bar Abba said: Even father and son, master and disciple, who study Torah at the same gate become enemies, oiveem, of each other; yet they do not depart from there until they come to love, ohaveem, each other” (Kiddushin 30b).

So much so that after Reish Lakish died, Rav Yochanan became most depressed as there was no chevruta who could follow in the path of Reish Lakish, who used to “raise 24 objections” to every teaching of Rav Yochanan. So depressed did he become that his rabbinic colleagues prayed that he would die, and thus end his suffering (see here for further discussion).

This combination of oiyev and ohev is why a loyal opposition is so important in ensuring that democracies remain strong and vibrant, protecting the rights of all. The importance of presenting alternate views is not just some nice idea; it has legal ramifications. A Jewish court that votes 23-0 to convict someone of a capital offence without having a case made as to why the defendant should be declared innocent is, in actuality, voting to acquit. There can be no guilty verdict unless it can be argued why one should be found innocent.

This ability to see the other side – even if it is very hard to do so – is the basis for the notion that only one who knows how to  declare a rodent tahor can be appointed to the Sanhedrin (Sanhedrin 17a). The Gemara records how "a talmid vatik, an exceptional student, studying  at Yavneh who would purify a sheretz, a creepy rodent,  one hundred and fifty ways" (Eiruvm 13b).With the Torah already declaring the impurity of a rodent, such arguments are, by definition, incorrect. But one who cannot make a theoretical case as to why the Torah might have permitted such, even as it decided not to, is not fit to join the highest of courts.

The permission—nay, the obligation—to construct arguments counter to the Torah is something I find inspiring. The Torah fears no argument and no person, as it is most capable of responding to any and all situations. It has stood the test of time, and it is the job of our rabbinic leaders to ensure it is able to speak to all people at all times. It is when we failed at this task—such as the 19th century response to modernity—that the masses abandoned traditional observance. Undoubtedly, Torah today faces challenges on a host of fronts: breakdown of authority, individualism, excessive materialism, and relativistic values, to name a few. By seriously confronting these challenges, we have the ability to strengthen Torah, allowing it to be relevant to a wider audience.

The ability to present arguments against one’s deeply held views is a talent we could well use today. Let us briefly look at a couple of explosive examples to demonstrate such. Imagine if those who believe no accommodation should be made with, or for, the LGBT community would first present reasons why we should be most welcoming of that community. Imagine if they would even look for arguments that might justify some form of same-sex relationships – even as they, in the end, must reject those views. And imagine if, at the same time, those advocating for new approaches to this most difficult area would begin by acknowledging that as the Torah demands that one "not lie with a male as one lies with a woman; it is an abhorrence" (Vayikra 18:22) there may be no room for halachic flexibility - even as they argue for such. Or imagine if those opposed to increased roles and titles for women in Jewish ritual life would first study how women rabbis or aliyot for women might lead to increased observance and engagement for many, how being more inclusive of women will enhance Torah; while at the same time, those advocating for increased roles would first reflect on the dangers of changing time-hallowed Jewish practice.

Yet despite the premium placed upon seeing dissenting views, there seems to be one exception – a major one at that – to this notion. “Our Sages taught: One who asks a scholar and he declares it impure, one may not ask a sage to declare it pure; if there is a sage and he forbade, do not ask a sage who will permit” (Avodah Zara 7a).

Why, when it comes to practical halacha, does Jewish law suddenly do an abrupt about-face and forbid us to seek a second opinion? Rashi (Nidah 20b, s.v agmerei) explains that this rule was instituted due to the honour due the first Sage. While this sounds nice – along the lines of bending the truth to promote peaceful relations – it is most difficult to understand. We take pride in having a Torat emet, a Torah of truth, and letting our warm feelings towards others dictate the halacha is nice but does not reflect the truth of Torah. When it comes to ensuring the truth of Torah, our Sages (Brachot 19b) apply the verse, “There is neither wisdom, nor understanding, nor counsel against the Lord” (Mishlei 21:30).

To understand this exception, we must understand the nature of our halachic system. Our Sages declare that Beit Hillel and Shammai are both right: “These and those are the words of the living G-d.” While they may have diametrically opposing views – with one permitting and one forbidding – and while in practice, we must choose only one view to follow, both views are theoretically correct. The halacha does not reflect some divine objective truth, but is determined based on the interpretations of the Sages of each generation; “Torah is not in heaven,” but determined by those subjective beings inhabiting earth. In other words, we are not allowed to ask a second person as the first person is, by definition, correct. The halacha is what the sage determines it to be and thus, the idea of an appeal is a non-starter. In theory, the halacha could have developed differently; but when it comes to practical rulings, such is irrelevant[1].

Of course, there are limits to acceptable views, and if the first sage actually made a mistake, then the ruling should be overturned. Tosafot (7a s.v. hanishal) goes a step further and argues that it is permissible to ask for a second opinion as long as one informs the second posek that he has previously asked the question to someone else, who gave such-and-such an answer. In this instance, the second sage would overrule the first only in extenuating circumstances, ideally consulting with the first posek, thereby maintaining the honour of the first sage.

While a rabbi must be cautious in expressing a second, differing opinion, no such restraint is needed when one is asked an independent question. As Rav Moshe Feinstein explains in his introduction to Iggrot Moshe, a posek has the right—nay, the obligation—to express his view on a subject regardless of what others have said, even as one acknowledges that those with whom one disagrees may be greater in learning. This notion is most powerfully expressede by Rav Chaim of Volozhin, the foudner of the great Yeshiva that gave him his name: "I was already warned on this from the mouth of my teacher, the holy one of Israel, the Hasid, the Gaon of Vilna not to show favouritism in halahic rulings, even towards the ruling of our masters, the authors of the Shulchan Aruch" (See Rav Zevin, Ishim V'shitot, page 18). While not all accept this approach, it is one that seems attuned to modern society, where dissent and debate are encouraged.

[1] To cite a most extreme example, there is a Talmudic debate (Sanhedrin 21a) as to whether darsheenan ta’amah dikra, whether we can determine the reasons for the mitzvoth, and then have those reasons define the parameters of the mitzvah. As you might have guessed, that view has been rejected (except for those rare cases where the Torah specifically gives a reason for the mitzvah). But had we accepted this view of Rav Shimon, Judaism might look very different today. If (and that is a big if), for example, we also accepted the view of the Rambam that the laws of kashrut are a health measure then, hard as it is to even contemplate, one could presumably eat pork (see here for furhter discussion).