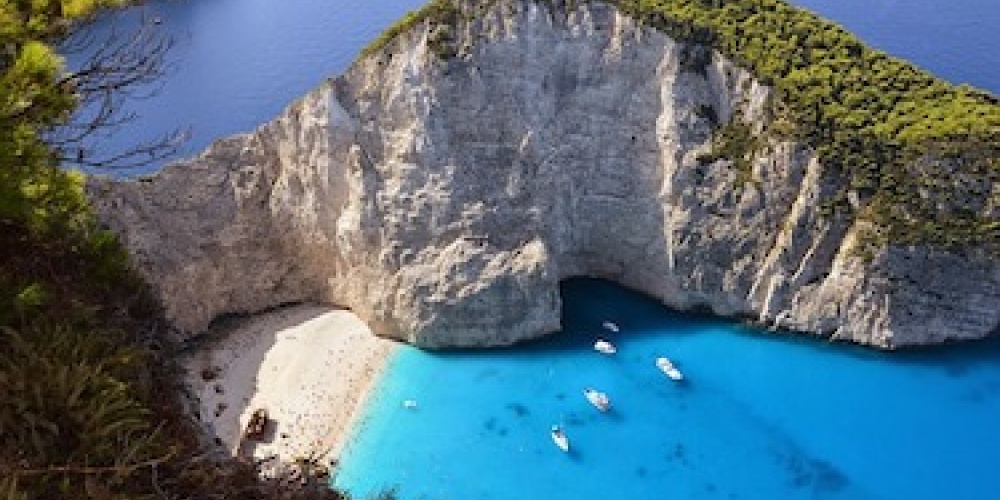 Philosophy, mathematics, democracy, the Olympics, architecture, libraries, trial by jury, mythology, and the alphabet are just some of the contributions made by ancient Greeks to the world of today. Is it any wonder that so many were, and still are, attracted to Greek culture[1]? Should we be surprised that the greatest of Jewish philosophers (and many other disciplines), the Rambam, felt the imperative to reconcile Jewish philosophy with its Greek antecedents?

The influence of Greek culture on rabbinic Judaism is profound. It is generally well known that many Greek words became part of Talmudic literature, with sanhedrin and afikoman being two of the most famous. Moreover, there is much scholarly evidence that many a Jewish ritual—most famously, the Pesach seder—was influenced by parallel Greek practices[2].

Quoting the verse, “May God enlarge Japheth and let him dwell in the tents of Shem; and let Canaan be a slave to them” (Breisheet 9:27), our Sages (Megillah 9b) ruled that a Tanach written in Greek, and Greek only, is imbued with holiness. The Greek language was, with the exception of Hebrew, “the most beautiful of languages” (Rashi, s.v. Yufyuto).

It was the Greeks who commissioned the first translation of the Bible, the Septuagint. “It happened that King Ptolemy gathered 72 elders. He placed them in 72 chambers, each of them in a separate one, without revealing to them why they were summoned. He entered each one's room and said: "Write for me the Torah of Moshe, your teacher". G-d put it in the heart of each one to translate identically as all the others did” (Megillah 9a). The Talmud goes on to list the rabbis’ many “tweaks” made to prevent any misunderstandings of the Torah’s intent. So instead of beginning with “Breisheet barah Elokim”, they began their translation with “Elokim bara breisheet”, lest anyone think that “Breisheet” is the name of a god.

Fascinatingly, the Rambam claims that had he been convinced of the philosophical truth of the Greek claim that the world is eternal—a most common belief until the discovery of the Big Bang theory some 60 years ago—he could have reinterpreted the meaning of “Breisheet bara Elokim”.

Of course, the influence of Athens on Jerusalem was not always viewed with favour. Many disagreed with the Rambam’s embrace of Greek philosophy, and there is much in Greek philosophy that is antithetical to classic Judaism. The Greek emphasis on the perfection of the body is counter to the Jewish emphasis on the spirit. None other than the Rambam argued that the reason that it is impossible that G-d has a body is because all things physical, by definition, decay and die; and thus, it would be heresy to understand the references to G-d’s eyes, arms and the like in a literal manner. The notion, so prevalent in Greek mythology, of humans turning into gods is an outgrowth of the Greek emphasis on the physical; and needless to say, it is totally foreign to the Jewish concept of G-d.

The term apikores, so often bandied about in Jewish denominational disputes, has its origins in a rejection of the philosophy of the great Greek philosopher Epicurus. His emphasis on happiness as the ultimate goal of life, and his claim that the soul does not exist beyond death, led apikores to become the catch-all term for those who reject the basic teachings of Judaism. As I see it, the emphasis on pleasure poses a much greater threat to Judaism today than any incorrect theology might.

I write these words from Athens as we begin our Journey Through Jewish History in Greece. I look forward to sharing some of my thoughts with you as we explore this ancient land that has been home to our people for well over 2,000 years.

[1] When I studied in Beit Morasha in Jerusalem a quarter century ago, one of the heads of the program—a ba’al teshuva—told me that it was Ronald Reagan who convinced his brother, a professor (if I recall correctly, of math) at Hebrew University, to light Chanukah candles. The brother refused to celebrate Chanukah, as in his view, the wrong side won. The Hellenists represented progress, enlightenment, logic, science, etc., whereas the Maccabees were, in his mind, religious fanatics symbolizing all that is wrong with religious fundamentalism. Both brothers were on sabbatical in the United States in the 1980s and were watching a speech given by the President. Behind him stood a Christmas tree and a menorah. After sharing his good wishes for all, President Reagan began his remarks by discussing the importance of Chanukah—how it reflects the noble ideas of religious freedom, minority rights, fighting for what one believes in, etc. It was at that point that the brother began to light Chanukah candles.

[2] While some find it troubling to acknowledge the fact that many a Jewish practice has outside influences, they should be seen as normal and inevitable and, on occasion, even serve as a fulfillment of the rabbinic teaching that there is much wisdom amongst the nations. To see how powerful and often unnoticed these influences may be, just think of the many non-Jewish influences on the typical North American Jewish wedding.

More significantly, Judaism has been greatly influenced by the intellectual currents of the day. Rav Soloveitchik would often claim that the revolutionary approach to Talmud most fully developed by his grandfather was, in essence, a response to the times, in which science and reason had replaced faith as the arbiter of truth. Such a society required that Talmudic study be subject to rigorous analysis and classification. It was Rav Chaim, the Rav noted, who saved Talmud from oblivion. It was precisely this point that bothered the critics of this “new” method, who dubbed it (derogatorily) “chemistry”.