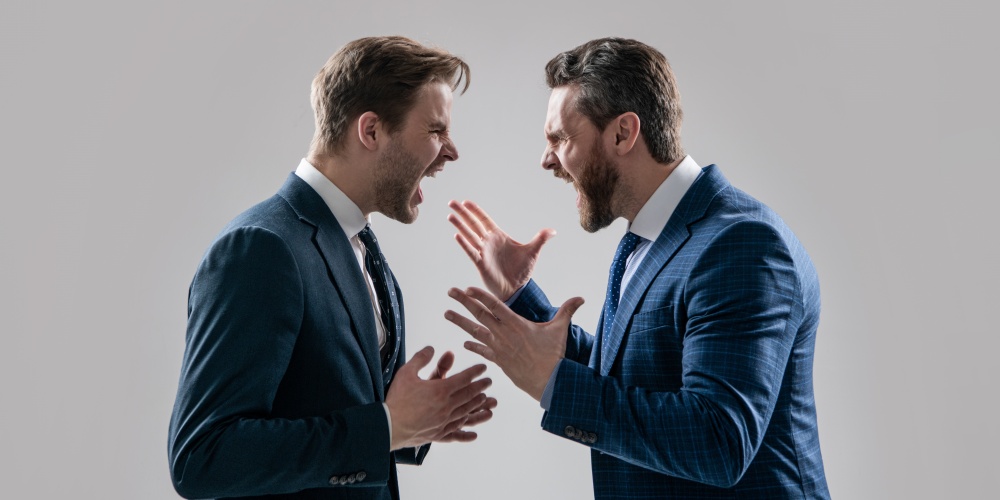 In our last post, we discussed the tragic murder carried out in the Temple by a religious zealot who had lost a race to determine who would have the privilege of cleaning the altar, and the sickening reaction of the father of the murder victim. But there is much more to discuss. Upon witnessing this, “Rav Tzadok stood up on the steps of the entrance hall of the Sanctuary and said: ‘My brothers of the house of Israel. The verse (Devarim 21:1-7)states: If one be found slain in the land...and it be not known who had smitten him; then all the elders of the town nearest to the corpse shall wash their hands over the heifer whose neck was broken in the valley…And they shall answer and say: ‘Our hands did not shed this blood, nor did our eyes see it done’” (Yoma 23a).

Rav Tzadok quoted the laws of the eglah arufah, the rite performed when a dead body is discovered and we do not know how this person met their end. Rav Tzadok’s words had a huge emotional impact: “All the nation burst out in tears”, yet his choice of words seems misplaced. The eglah arufah was brought when the killer was still at large. In the case of the murder in the Mikdash, it was known exactly who the killer was. Rav Tzadok should have cried out something along the lines of, ‘My brothers. The most basic of the Ten Commandments, of all mitzvot, is do not kill. Our hands are full of blood. Woe unto our nation that in the place where the presence of G-d dwells we have defiled His Name and distorted His image. Woe unto us”.

Rav Tzadok understood that this killing was not an isolated incident. It was an indication of a society gone awry, one where “the ritual purity of utensils was of more concern to them than the shedding of blood”[1]. Something was clearly wrong in the messaging and it was time for the leadership to take stock. The murder just brought the problem to the fore. And for that, the Sages must take the blame—even if they did not do it. “And they shall make this declaration: ‘Our hands did not shed this blood, nor did our eyes see it done’”. Our Sages are dumbfounded. “’Would it enter anyone’s mind that the elders of the court are suspect of bloodshed?!’ But the meaning of the declaration is: ‘We never saw him and knowingly let him depart without food or escort’” (Sotah 45a, quoted by Rashi).

It is not enough to not kill. The elders of the community must actively ensure the safety of all. If a homeless person is left to roam, if a hungry person is abandoned on the street, it is the elders who must be held responsible for any harm that follows[2]. Even when the elders did, in fact, ensure that all were escorted home safely as best as humanly possible, they still had to attain atonement through the eglah arufah ritual. But what if the elders cannot make such a claim? What if they did not do enough to help the hungry, the homeless, the sick, and the elderly? In such a situation they cannot claim, “Our hands did not shed this blood”. Rav Tzadok knew full well the technical law of eglah arufah did not apply.  But morality and leadership must not be judged on technicalities.

However, this is what happens when “the ritual purity of utensils was of more concern to them than the shedding of blood” (Yoma 23a). Not only were the values of society seriously misplaced, they were internally contradictory. It is a dead body that creates the highest level of ritual impurity. One who is most concerned with the laws of purity should go to the greatest of lengths to preserve human life and hence, purity. By placing the ritual purity as more important than life itself, they were undermining that very ritual purity they claimed to revere.

In analyzing this tragic turn of events, the Gemara strives to understand the mindset of this generation. Was the problem that murder was not taken as seriously as it should have been, or that the purity of vessels was taken too seriously? At first glance, this seems like a silly question, even a mean one, with no practical ramifications. Who cares whether the problem was that they took purity too seriously or murder too lightly? By placing purity above murder, their value system was seriously distorted and needed major fixing, period.

But if the problem is to be fixed, one needs to carefully examine what went wrong. By doing so, we can determine if the problem is to be addressed by constantly stressing the supreme value of life, that man is created in the divine image, and that “whoever kills one person is as if they destroyed an entire world” (Mishna Sanhedrin 4:5). Or perhaps, the importance of pikuach nefesh was not the core of the problem. Despite the primacy of life, our tradition does teach that there are rare times when one is meant to sacrifice one’s life. Perhaps the mistake was in thinking that Temple purity was one of those examples. And thus the emphasis must be on downplaying the importance of Temple ritual.

This question, sadly, is a very real and current one. For example, did those who insisted, against public health guidelines, on going to shul despite the risk of contacting and/or spreading COVID do so because they put an inappropriate emphasis on the importance of shul, or was is due to downplaying the risk of the virus? One can answer that question by seeing if these same people otherwise ignored or heeded public health advice.

The Gemara concludes that it was the spilling of blood that was not taken as seriously as it should have been.

This leads the Ben Ish Chai to argue that this Gemara disagrees with the well-known Gemara earlier in the masechet that while the first Temple was destroyed because of murder (along with idolatry and adultery), the second Temple was destroyed because of sinaat chinam, baseless hatred. If our Gemara is correct that people did not take murder seriously enough, and were willing to kill to observe some relatively unimportant ritual, then there is no need to link the destruction to sinaat chinam. Hence, there is no justification for the claim that “sinaat chinam is equivalent to the three cardinal sins of idol worship, forbidden sexual relations, and bloodshed” (Yoma 9b). Had the Talmud argued that the problem was not the downplaying of bloodshed but the overemphasis on ritual purity, this killing would have been an aberration, and not the reason for G-d to punish the people with destruction and exile.

While his analysis is original and interesting, I do not think it is necessary. Sinaat chinam is akin to killing someone—if not physically, then emotionally. Our rabbis equate embarrassing someone in public to the spilling of blood (Bava Metzia 58b), and society today has come to realize the terrible effects of verbal, emotional, and sexual abuse. Tragically, those abused have part of their lives ripped away—a form of murder—and are at a much greater risk of suicide. Moreover, sinaat chinam is the forerunner of murder. Hatred all too often leads to murder, and it is extremely rare that murder is not preceded by hatred.

The Netziv, in his beautiful introduction to sefer Breisheet, argues that sinaat chinam is a form of murder that “leads to the destruction of creation and the ruin of civilization”. Murder may have been trivialized, but that was the result of not stopping sinaat chinam. And unless hatred is nipped in the bud, there is no telling how far it might spread. Our Sages declare that the first Temple was destroyed because murder was rampant. The Second Temple was destroyed because we did not properly learn the lessons of the first exile. If one wants to ensure that murder no longer occurs, one must begin by tackling the prevalence of sinaat chinam. And the best way to do so is to increase ahavat chinam, random acts of love and kindness[3].

[1] The Gemara, in fact, notes that initially, the rabbis thought this was an isolated event. But when soon afterwards, one kohen pushed another off the ramp of the altar, one that was some 15 feet high—breaking his legs, but luckily, not killing him—our Sages put in extra safety precautions.

[2] It is easy to understand how the elders might be held responsible for a death in a small town. Fully applying this in a city with millions of people is not practical and morally unjustified. Nonetheless, the notion that leaders must create a climate of safety for all citizens is a fundamental truth. Even if the leaders can’t be held responsible for all misfortunes, they bear overall responsibility for the safety of all. Sadly, the notion of ministerial responsibility—so basic to the parliamentary system, where ministers would resign for serious mistakes in their departments even if they knew nothing about the wrongdoing—has been so watered down as to be effectively nonexistent.

[3] While this sounds like a nice homiletic idea, it is actually rooted in the human psyche. When one’s action and thoughts are in conflict, it creates cognitive dissonance. To relieve this tension, we will align the two; and with actions more powerful than thoughts, how we act will determine how we think. Being kind to those we hate is the best way to create friendship.