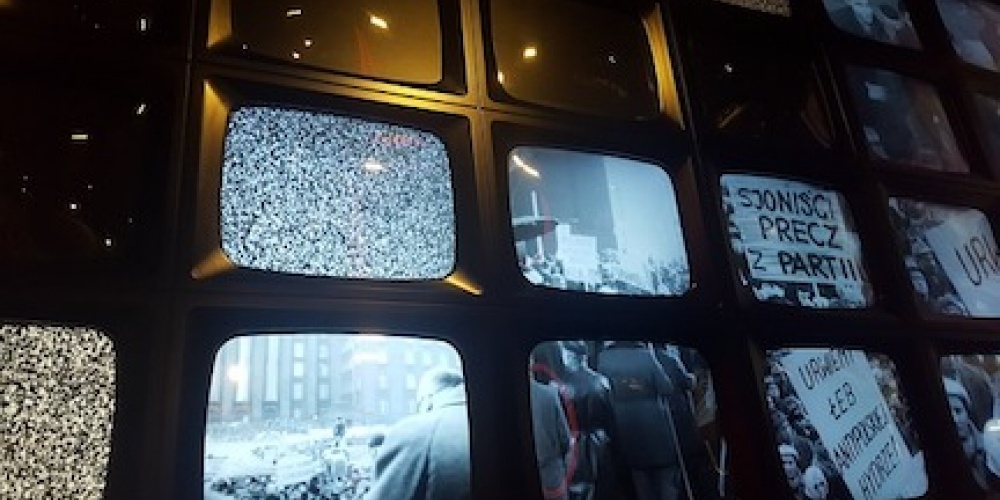 What a difference 59 years can make. Despite Yaakov's insistence to be buried in Israel, "Yosef dwelt in Egypt, he and his father's household" (Breisheet 50:22). Whether he continued in his role of Viceroy of Egypt or retired from political life, the Torah does not say. Nonetheless, it does appear Yosef did have time to enjoy his old age at ease, spending precious time with his family. "Yosef saw Ephraim's grandchildren, and the children of Menashe's son Machir were also born on Yosef's lap" (Breisheet 50:23). Whereas Yaakov was the first person of whom it is recorded that he had a relationship with his grandchildren, Yosef had the good fortune to play with his great-grandchildren. While little is recorded about his funeral--unlike the detailed description of his father's burial in Israel--his high status is attested to by the fact that like the Pharaohs of ancient Egypt, Yosef "was embalmed and placed in a tomb in Egypt" (Breisheet 50:26).

Yet a few short years later, the Jewish people are singled out for high taxes, hard labour and persecution. By the time Moshe Rabbeinu was born, a scant 59 years after the death of Yosef[1], Jewish babies were being thrown in the Nile.

What caused this tragic change of circumstances, one that would be our fate throughout Jewish history? The Biblical text reveals very little, hinting to us that anti-Semitism needs very little pretext or reason. What we are told is that "a new King arose who knew not Joseph" (Shemot 1:8). While changes in leadership often bring major policy shifts, surely such a radical change in government attitudes would need some sort of trigger.

"And the children of Israel were fertile and prolific, they increased abundantly and the land was filled with them" (Shemot 1:7). As long as the Jews were no more than Yosef's extended family and as long as they lived in their own little ghetto far away from the capital, the Egyptians left them alone. Not that they particularly liked them, since “all shepherds are an abomination in Egypt” (Breisheet 46:34), but at least no one took much notice of them. As the distinguished family of Yaakov grew and grew, fear of the unknown replaced rational thinking. No great leader emerged from the growing nation, no one to protect Jewish interests in the echelons of power. The Torah describes a nameless, faceless people, working harder and harder as they kept on multiplying.

What appears so tragic is that the anti-Jewish measures were not based on anything the Jewish people had done. The elderly Jews amongst the populace who remembered, and may have even personally known Yosef, must have been in shock as they witnessed the increasing Jew hatred. Nor does it appear that it was religiously motivated; our Sages (Shemot Rabba 1:8) teach that so successfully had the Jews integrated into Egyptian culture that they even stopped circumcising their children. It was because there was so little to distinguish a Jewish home from an Egyptian one that redemption was dependent on the Jews putting blood on their doorposts. So similar had Jews and Egyptians become that even G-d, kvyachol, "needed" a way to determine from which homes would emerge the Jewish nation.

Yet fear of the unknown worried the Egyptian leadership. Can we really trust new immigrants? "Come let us deal wisely with them, otherwise they may increase so much that if there is a war, they will join our enemies and fight against us, and they will leave the land" (Shemot 1:9). While the Jews were no threat to Egypt, Pharaoh worried that in case of some future war, with some unknown adversary, the Jewish people might side with the enemy. Even so, there is no indication that the Egyptians feared that they would lose the war. Rather, what they feared was that, in the context of the war, the Jews would escape from Egypt. How sad that this irrational fear would be the cause of so much misery!

Our Sages (see Rashi, Shemot 13:18) tell us that only one in five Jews left Egypt. If 80% stayed behind despite what they endured and after the miracles performed on their behalf, how many would have left on their own volition, even in the unlikely event that Pharaoh's fear of war would be borne out? Most likely, there would have been no more than a handful of unassimilated Jews who would have tried to leave, if that.

Throughout our history, we have been welcomed into many lands, contributed much and then, seemingly, out the blue and for little logical reason, been expelled or worse. While we have suffered this fate over and over again, the Torah exhorts 36--or perhaps 46--times (see Bava Metzia 59b) to be kind to the stranger, treating them with even greater sensitivity than we do others.

Our Sages refer to Sefer Shemot as Sefer HaGeulah, the book of redemption. As the Ramban notes in his introduction to Shemot, redemption is complete when the Jewish people are settled in their own land and the Divine presence – represented by the Mishkan and later the Beit Hamikdash – dwells amongst us. Thank G-d, the process of redemption is clearly manifest in our times. It is up to us to ensure the process continues. Being most careful about that which is mentioned 36 – or perhaps 46 – times in the Torah is a good place to start.

[1] This is based on the assertion of our Sages that it was 210 years from the arrival of Jacob in Egypt until the Exodus. The Bible tells us that Yaakov arrived in Egypt when Yosef was 39, Yosef died at 110 and that Moshe was 80 during the Exodus. That leaves only 59 years between the death of Yosef and birth of Moshe. The 400 years foretold to Abraham are to be counted from the birth of Yitzchak. The Torah informs us that Yitzchak was 60 when Yaakov was born and Yaakov 130 when he arrived in Egypt, accounting for the “missing” 190 years.

[2] If someone has a list of these 36 (or 46) sources I would greatly appreciate receiving a copy as I am unaware of such a list. Tosafost (Bava Metzia 59b s.v. v'amrei) in explaining the leap from 36 to 46 comments "some explain that we include 'because you were slaves' and similar expressions".