Shavuot: Why Were We Chosen? 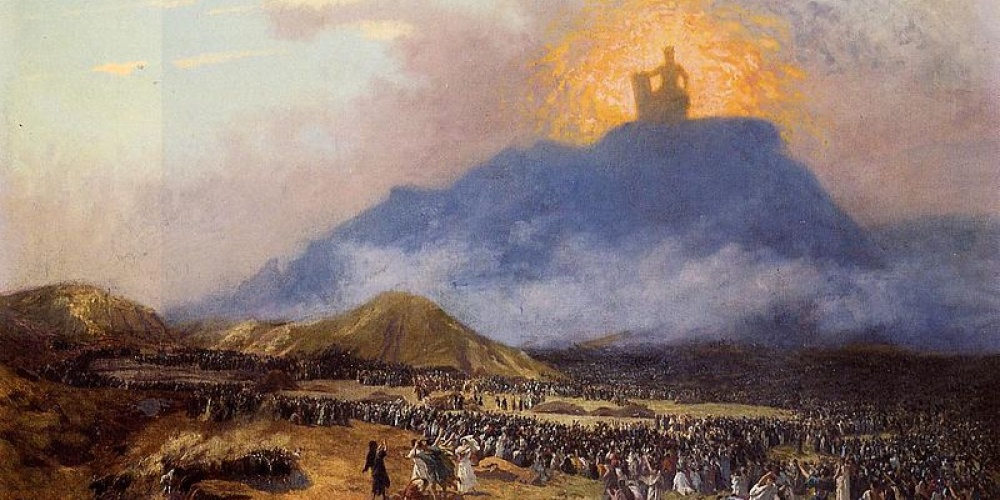 "It was taught in the name of Rabbi Meir: Why was the Torah given to the Jewish people?" (Beitzah 25a). The simple answer—made famous by a Midrash that is taught at a very young age in all Jewish schools—is that we wanted to. "The Lord came from Sinai and rose from Seir unto them, He shined forth from Mount Paran (Devarim 33:2)...Rav Yochanan says: This teaches us that the Holy One, blessed be He, offered the Torah to every nation and every tongue, but none accepted it, until He came to Israel who received it" (Avodah Zara 2b). While the nations of the world were rejecting the Torah, we were busy saying na’aseh v’nishmah.

Yet there is another possibility. G-d gave us the Torah not because we wanted it, but because we needed it. In truth, while the Jewish people may have said na’aseh v’nishmah before accepting the Torah, they actually had to be forced to accept the Torah. "'And they stood 'under' the mountain’ (Shemot 20:17). Rav Dimi bar Hama said: This teaches us that the Holy One, blessed be He, suspended the mountain over Israel like a vault, and said unto them: 'If you accept the Torah, it will be well with you, but if not, there will be your grave (ibid)[1]".

Rav Meir himself answers his own question with a most cryptic response: G-d gave us the Torah "because they are azim". The word az is not easy to translate, and can mean strong, as in "Hashem oz l'amo yiten, God gives His nation strength"; and it can mean arrogant, as in “az panim legehenom, the arrogant ones will go to Gehenom” (Avot 5:24). And both explanations seem applicable here. It takes great strength of character to observe the Torah. It requires discipline, focus, humility, graciousness, a kind heart, faith, and much more. It takes a lifetime of devotion to fully observe Torah. Like anything worthwhile in life, it requires hard work[2]. Our ancestors—beginning with the ten tests Abraham faced, and down to our own day—demonstrated tremendous strength to ensure the Torah would be passed down from generation to generation.

Rashi, however, translates azim in a much more negative fashion. We are a stiff-necked, at times reckless, people and need the Torah to subdue us and "humble our hearts".  There is no better example of this than Moshe, who transformed himself into "the most humble person on the face of the earth" (Bamidbar 12:3). As the Tiferet Yisrael in his commentary to the Mishnah (Kiddushin 4:14, note 77) notes, Moshe was initially "evil, full of arrogance, love of money, haughtiness and all deficiencies in the world[3]". When one comes face to face with G-d—something Moshe could literally do, but we can do only through the study and observance of Torah—that encounter with greatness humbles us and inspires us to become better people.

The Maharsha notes that the opposite of oz is busha, which also has "contradictory" meanings. The Jewish people are described most positively as bayshanim, possessing a sense of shame (Yevamot 79a). Yet busha also has a most negative meaning, one expressed as we pray that we should be blessed "with life without busha uklimah, shame and disgrace."[4]

If we are to translate oz as stiff-necked (or reckless or hotheaded) we must then employ that beautiful trait of the Jewish people, busha, to counter it. A little shame can go a long way in preventing us from acting with too much oz. But misplaced busha can impede our growth in Torah: "ein habayshan lomed", the one who is embarrassed to ask cannot learn. We need to be strong, even bordering on the arrogant, so that we can continue to learn. A brainstorming session is one in which every idea gets a fair hearing, allowing those who may have otherwise been embarrassed to express their views to do so—often for the benefit of all.

Our Rabbis teach that a Torah scholar must have 1/8 of 1/8 of arrogance. Great insight and initiative often requires az panim, a brash chutzpah. One who does not think he can become great, never will.

Why we received the Torah may be open to debate discussion and doubt. Yet the Jewish people were blessed with this wonderful gift. And that makes us all the stronger.

[1] The commentaries offer different approaches on how to resolve this contradiction. Tellingly, the Talmud itself makes no attempt to resolve it—even as it quotes these two teachings back to back (Shabbat 88a). As one gains life experience, one realizes that one can eagerly want to do something, yet need coercion to actually do so.

[2] Living in a generation that is so focused on convenience, rest, and relaxation, is it any wonder many don't make the effort necessary to learn about and observe Torah?

[3] Sadly, this powerful and inspiring story has been censored from some editions of the Mishnah.

[4] Some communities actually prayed for a life sheseh bo busha v’klimah, that is full of busha and klimah, translating busha as a sense of shame.