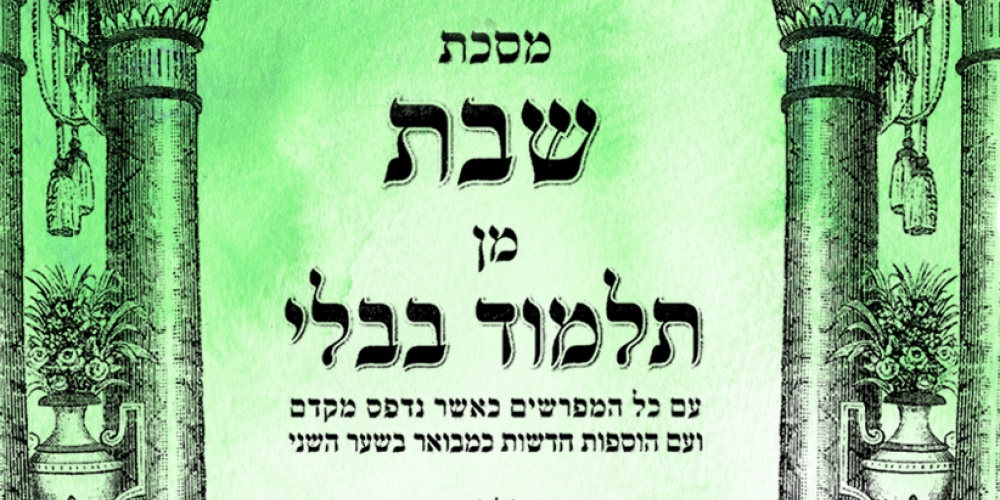 One of the hardest mitzvot to properly fulfil is that of rebuke, “hocheiach tocheech et amitecha” (Vayikra 19:17). We are commanded, when necessary, to “prove” to our fellow Jews that what they are about to do is wrong and thus, they must desist. We must do so in a manner that does not cause embarrassment—hence, the continuation of the verse, “You shall not bear a sin because of him”, to which Rashi comments, “Do not whiten his face in public”. If one does cause “his face to whiten”, then it is the rebuker who is the primary sinner.

Not only is embarrassing others in public just about the worst sin a person can do, such rebuke will do nothing to stop the sin and will likely lead to even more “sinning” on their part. So difficult is this mitzvah that already in Talmudic times, our Sages doubted as to whether it could actually be fulfilled. Not only are few willing to accept rebuke, few, perhaps fewer, are able to properly rebuke someone (Arachin 16b).

But what if we could prevent someone from sinning without the person even knowing? And if so, what if such required that the “rebuker” sin in order to prevent a greater sin?

This was the question asked by Rav Beivai bar Abaye, who wondered, “If one put bread in the oven, did they permit him to remove it before he was obligated to bring a sin offering, or did they not permit him?” (Shabbat 4a). Unlike most melachot, the prohibition of cooking can take quite some time to violate. Whereas one violates Shabbat the moment one plucks an apple from a tree, one violates Shabbat only if food is cooked to an edible status, something than can take a couple of hours. Yet it is the beginning of the process of cooking that determines future liability. What that means in practice is that one who puts raw food in the oven one minute before Shabbat does not violate the Biblical law of Shabbat, even as the food is 99% cooked on Shabbat itself. Conversely, if one puts food in the oven one minute before Shabbat ends, despite the fact that the food is cooked after Shabbat, one has violated the Shabbat. Hence, in such a scenario, one should remove the food after Shabbat and prevent a Shabbat violation.

What if one put the food in on Shabbat with plenty of time for it to cook on Shabbat? Here, too, it should be rather obvious that one should remove the food before it cooks. However, due to the methodology of bread-making in Talmudic times, removal of the bread entailed a rabbinic prohibition. Perhaps it is best to do nothing, even if such passivity leads to Shabbat violation, rather than actively violate Jewish law. This line of reasoning is especially germane if one purposely put the bread in the oven, knowing full well that such was a violation of Shabbat. Why should we tell one who has sinned to compound that sin by doing another?

While some may have such an attitude, that is not the attitude of our Talmudic sages. Rab Beivai himself answers his own question above, ruling, without dissent that “one who sticks bread in an oven, they permitted him to remove it before one comes to a prohibition of stoning”. We allow him to remove the bread not because it is necessary to save his life—in practice, the death penalty was rarely, if ever[1], actually adminstered. Rather, we allow violation of a rabbinic prohibition to prevent one from violating a prohibition that, even in theory, only brings with it a death penalty.

Interestingly, the above discussion is relevant only when one knowingly and purposely puts food in the oven. If one accidently put the food in the oven, i.e., one forgot that it was Shabbat, then the Gemara rules one should just leave it in the oven. Better to violate a Biblical command accidentally than to purposely violate a rabbinic command.

And if the one who put the food in the oven by mistake should leave it there, surely so should everyone else. Or should they? The Gemara suggests that while the person himself should not remove the bread, perhaps others should. This seemingly strange suggestion is based on the fact that for technical reasons, if a person becomes cognizant of the fact that they are violating—but have not yet violated Shabbat, as in our case—they do not have to bring a korban chatat, a sin offering. In such a situation, it is best to leave the food in the oven. However, if the one who accidentally put the food in the oven is not around, then upon finding out what had transpired, that person would be obligated to bring a sin offering. But a third party can prevent this by violating a rabbinic law and removing the bread. Should they? To this suggestion, the Gemara responds, “Do we tell a person to sin in order to benefit his friend?”

One need not and should not violate Jewish law to save another from the consequences of an unintentional sin[2]. Tosafot (Shabbat 4a s.v. v'ki), however, points out that this is not an iron-clad rule, and one must take into account the relationship between the sin and the benefit gained. Thus, the Tosafists argue that one should “sin”, even a biblical sin, if there is great benefit to the public. As an example, Tosafot cites davening with a minyan. While davening with a minyan is likely only a rabbinic mitzvah, it is communal mitzvah of great public importance and certain (ritual) laws may be violated to facilitate such[3].

Sadly, Jews around the world can no longer daven with a minyan. Well beyond the halachic issues involved, our communal life is structured around our shuls. Our community suffers greatly when we cannot come together in prayer. May we soon return to our shuls with great health and vigour, and may the sick be soon blessed with a complete recovery.

[2] Though the Gemara does not say so explicitly, from the sequence of questions it would appear that if the person intentionally put the bread in the oven, a third-party bystander should remove it.

[3] As we have noted, while only men can be counted towards a minyan, the benefits of davening with a minyan—first and foremost, a greater claim to being answered positively—apply equally to men and women.