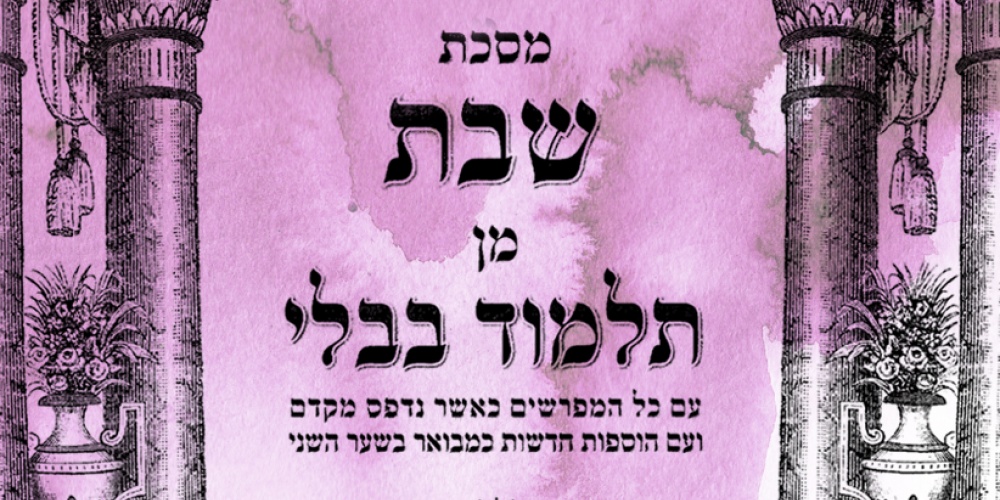 When our Sages entered the vineyard in Yavne, Rabbi Yehuda, and Rabbi Elazar, son of Rabbi Yossi, and Rabbi Shimon were there, and a question was asked before them…Rabbi Yehuda, son of Rabbi Ila’i, rosh hamedabrim b'kol mamkom, the head of the speakers in every place, responded” (Shabbat 33b).

The Gemara’s simple question as to why Rabbi Ila’i is called rosh hamedabrim b'kol mamkom gives rise to one of the most well-known Talmudic stories, that of Rabbi Shimon bar Yochai spending 13 years in a cave.

“Rabbi Yehuda opened, saying: ‘How wonderful are the actions of this nation; they built marketplaces, bathhouses and bridges’. Rabbi Yossi listened quietly and did not respond. Rabbi Shimon bar Yochai responded, ‘Everything that they established, they established only for their own purposes. They established marketplaces to place prostitutes in them; bathhouses, to pamper themselves; and bridges, to collect taxes from’” (Shabbat 33b).

The discussion of this story usually focuses primarily on the question of determining the proper attitude towards Rome. This was the Empire that had destroyed the Temple some 70 years earlier, killed many during the recent and failed Bar-Kochba revolt, and was enforcing the Hadrianic persecution aimed at crushing the Jewish religion and nation. Whether for political reasons or because he truly felt so, Rabbi Yehuda felt that one must show gratitude for the many wonderful contributions the Romans made to civilization, contributions that Jews benefitted from. Why they did what they did matters much less than what they did—and why he said so matters less than what he said.

Rabbi Shimon, on the other hand, felt that motivation matters more than results[1]. Why should one praise this nation that did and does so much harm to the Jewish people, just because they just so happened—in the course of continuing in their depraved ways—to build things that benefited many? It is important to note that Rabbi Yehuda and Rabbi Shimon both agreed that the Romans did much to benefit society, and both agreed that their motives had nothing to do with helping others. Their dispute was only about how we should evaluate such activity.

Generally forgotten from the story is Rav Yossi who, we are told, stayed silent. Is his silence acquiescence, indicating that he agreed with Rabbi Yehuda and had nothing to add? Or might he have had views similar to Rabbi Shimon, but was for good reason afraid to express such? Or might it have been some combination of both?

The other forgotten person is the somewhat mysterious figure of [Rabbi?[2]] Yehuda ben Gerim. “Yehuda, son of converts, sat beside them…Yehuda ben Gerim went and recounted their words, and they were heard by the Kingdom”. While he did not report the conversation to the authorities, even some 1,900 years ago, “the walls had ears” and Rabbi Shimon was forced to flee for his life.

Rabbi Shimon clearly held Yehuda ben Gerim responsible for his fate and was not willing to forgive him. After leaving the cave, Rabbi Shimon could not understand that there were people who worked for a living instead of spending all day in study. “Whatever place they [Rabbi Shimon and his son] put their eyes was immediately burned”. If this was what they had learned in the cave, it would have been better had they just stayed there. “A heavenly voice…said to them: Did you emerge to destroy My world?” After a 13th year in the cave—one in which they had time to decompress, if you will—Rabbi Shimon emerged ready and able to appreciate the simple pious Jew “who honoured the Shabbat”. However, his attitude towards Yehuda ben Gerim did not mellow. The story ends when Rabbi Shimon “went out to the marketplace and saw Yehuda, son of converts. He said: This one is still in the world? He directed his eyes toward him and turned him into a pile of bones” (Shabbat 34a).

One need not understand this as literal to realize that the primary message of the story is one that is less about attitudes towards Rome or the miraculous survival of Rav Shimon bar Yochai, and more about the meticulousness with which one must speak.

The story begins with Rav Yehuda, the rosh hamedabrim b'kol mamkom, the head of the speakers in every place, indicating the focus of this story. There are times when silence is golden, when sof, the end, of hamedabrim is best. While Rav Yehuda meant well, there is no indication that anyone asked him his view on Rome. There was little to be gained even by his praise. The laws of lashon hara require we avoid avak lashon hara, the dust of forbidden speech. This prohibition is violated when one says something positive, knowing that a negative rebuttal is likely. Rav Yehuda surely knew that Rabbi Shimon—a student of Rabbi Akiva, the rabbinic figure who so fervently supported Bar Kochba revolt—was no fan of the Romans. Further demonstrating that our sugya, topic, is one about speech, the immediately preceding Gemara quotes Rav Yehuda teaching that the fatal disease of askara[3] is a result of lashon hara. This is a message the rosh hamedabrim did not fully internalize.

Yehuda ben Gerim meant no harm, but as Rav Yehuda himself taught, it is action, not intent, that matters most. He spoke carelessly and paid the ultimate price for his indiscretion.

The death of Yehuda ben Gerim marks not only the end of the story, but the end of our Gemara unit. The Mishna immediately following begins, “Three things a person must say in his home on erev Shabbat, just before dark”. And the Gemara immediately points out, “They must be said gently”. It is not only what we say, but how we say it.

Yehuda ben Gerim appears in only one other place in the Talmud and there, too, it is in relation to Rabbi Shimon. “Rabbi Yonatan ben Asmai and Rabbi Yehuda ben Gerim studied parshat nedarim, the laws of oaths, in the study hall of Rabbi Shimon ben Yocḥai” (Moed Katan 9a). The fact that they studied these particular laws seems irrelevant to the context of the story, which deals with the obligation to properly take leave of one’s teacher, and the giving of blessings. Our Sages were clearly intent on associating Yehuda ben Gerim with the importance and power of speech.

The name Yehuda ben Gerim is a problematic one, to say the least. The Mishna teaches that we are not allowed to remind a convert of his past—doing so is liable to cause needless mental anguish. It would surely seem that calling somebody “the son of converts” would be a direct violation of this law[4]. Once again, our Sages wanted to emphasize the point of how careful one must be when one speaks—and they were apparently willing to violate this law to make that point. He was made an example of[5], reminding us that nothing good will come out of speaking critically for no constructive purpose.

When all is said and done, it seems that the hero of our story is Rav Yossi. Silence is golden.

[1] These two greats have the same debate in halacha regarding davar sheino mitkaven, an unintentional violation of Shabbat. Rabbi Shimon exempts one from the need to atone, as there was no intent to violate Shabbat. Rabbi Yehuda, focusing on the action itself, disagrees. I thank Rabbi Elli Fischer for this insight.

[2] Interestingly, In our story there is no rabbinic title attached to him, unlike the one other time he appears in the Talmud. This omission led some to claim the Yehuda ben Gerim and Rabbi Yehuda ben Gerim were actually two different people!

[4] Perhaps in his case, it was meant as praise—that despite his background he rose, as the Tosafists note, to great heights; or perhaps he was given that name only after he died when, technically speaking, the laws governing interpersonal relations no longer apply. Perhaps, but the question seems better than the answer.

[5] In rare circumstances, "the court may administer lashes and punishment, against what is says in Torah. Not to disregard the Torah, but rather to protect the Torah" (Sanhedrin 46a).