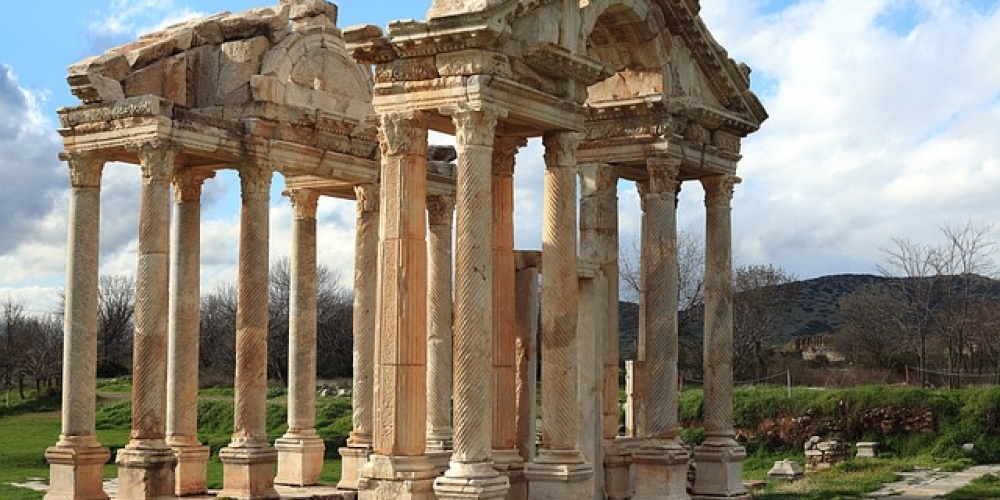 The Jewish people have long been accused of being robbers and thieves. The importance of countering this accusation was so crucial that it is, at least according to Rashi (Breisheet 1:1), the reason the Torah begins with the story of creation. As the Torah’s description does little to explain the process of creation – in fact, it complicates rather than expounds – it was included, Rashi posits, to teach that G-d is the Creator and He can give the land to whomever He pleases. We are not thieves; rather, we are there by Divine right. Even if this argument won’t sway others – though there are still many who take the Bible seriously – it should, at the very least, strengthen our own belief in our right to the land of Israel[1].

Yet the claims against the Jews continued – even when they were no longer living in the land. The Talmud (Sanhedrin 91a) records that on three separate occasions, the Jewish people were “subpoenaed” before Alexander the Great to pay for their thievery[2].

‘The people of Africa came to plead against the Jews before Alexander of Macedon; they said, 'Canaan belongs to us, as it is written: “The land of Canaan with the coasts thereof (Bamidbat 34:2)” and Canaan was our ancestor” (Sanhedrin 91a).

The Gemara relates how Geviah ben Pesisah who as far as I can tell, appears only on this one page of Talmud, asks if he can go and defend against this claim. “Should they defeat me, then say, ‘You have defeated but an ignorant man of us’; whilst if I defeat them, then say to them thus: ‘The Law of Moses has defeated you’”. Geviah responded by quoting Noach’s curse to his son Cham, “Blessed is the G-d of Shem, and Canaan shall be his slave” (Breisheet 9:26). Geviah noted that it had been many years since the Canaanites served as our slaves – so it would probably be best to leave things as they were. Alexander the Great then asked for a response, and the Africans asked for three days to prepare an answer. “They checked and they could not find an answer; they immediately ran away”. The Talmud continues with a rather curious remark, noting that that year was a shmitta year.

It is interesting to note that Geviah did not attempt to disprove the claims of the Canaanites. Rather, he adduced other evidence to counterbalance, but not contradict, the claims of the nations. Apparently, had Cham and Canaan been worthy, they could have remained in Israel. As the Torah notes in this past week’s parsha, neither Abraham nor his children could be given the land of Israel until the inhabitants of Canaan had sinned to such a degree that they lost their claim to the land (Breisheet 15:16 and see Rashi). And had they not sinned, they presumably would have remained in the land.

In fact, had they not sinned, there may not have been a need for G-d to choose Abraham to lead a special nation. A simple reading of the first 11 chapters of the Bible would seem to indicate that Abraham was chosen only after the failure of those who came before him to follow G-d’s path. The verse the Africans quoted was theoretically correct – it was just that in practice Ham, unlike Avraham, did not teach his children tzedakah and mishpat (see Breisheet 18:19) and thus, they could not stay in the land.

The third story[3] follows a similar template, but with some interesting differences. In this third chapter the protagonists, the children of Yishmael and Ketura, argued that the land of Israel belonged to them. But unlike the Africans, they freely admitted that the Jewish people also had a legitimate claim to the land. “Canaan belongs jointly to all of us, for it is written, ‘Now these are the generations of Ishmael, Abraham's son’ (Breisheet 25:12); and it is [further] written, ‘And these are the generations of Isaac, Abraham's son’” (Breisheet 25:19). To this, Geviah responded by quoting the verse, “Abraham gave all that he owned to Isaac, but to Abraham’s sons by concubines, Abraham gave gifts while he was still living, and he sent them away from his son Isaac eastward, to the land of the East”.

However, Alexander the Great did not ask them to respond. Presumably he felt they had a legitimate claim, and thus, there was no need for three days to respond nor for them to run away.

While the claims of the Africans—i.e., the Canaanites—are easily rejected, such is not the case regarding the children of Yishmael and Ketura. They, too, are the children, the toldot, of Abraham, no less than Yitzchak. And unlike Canaan, Yishmael was not an evil person. Our Sages even note that he did teshuva (see Rashi, Breisheet 25:9). His claim to the land is not so farfetched after all. The fact that they were sent their separate way may not mean they lost their right to the land. And who says people cannot come back?

While the land was given to the Jewish descendants of Abraham, they do not have an inalienable right to the land. They, too – as we know all too well – can have the land taken from them. It is no surprise that the story took place during the shmitta year. Shmitta reminds us that ultimately, the land is G-d’s land, and we are mere lessees who follow the terms of the lease. Our Sages (see Rashi, Vayikra 26:34-35) note that we were, in fact, exiled from the land because we did not observe shmitta, and we needed 70 years of (the Babylonain) exile so the land could “rest” for the 70 shmittot the Jewish people did not observe[4].

While it is central to our belief system that Israel is the land given to the Jewish people, it is also clear that we must earn the right to continue to dwell there.

[1] This has no relevance to the political question today in Israel, and using this as a pretext to any political decision is pure folly, in my view.

[2] Whether these stories actually took place is not relevant. They almost certainly did not. The Rabbis’ use of “historical fiction” is most accurate, even as it is not literal.

[3] In the second story in the Gemara, the Egyptians complained to Alexander the Great that the Jewish people were guilty of theft, as they “asked” for gold and silver before departing Egypt, yet never returned the now-stolen goods. Geviah countered by noting that 600,000 Jews were forced into slavery and worked for hundreds of years without receiving a penny for their efforts. They, too, asked for three days to prepare a response and they, too, ran away – with the story taking place during a shmitta year.

[4] How (or even if) Shmitta should be observed today is a most complex question and we are most fortunate that it is a question of practical significance.