Sanhedrin 37: Back to School 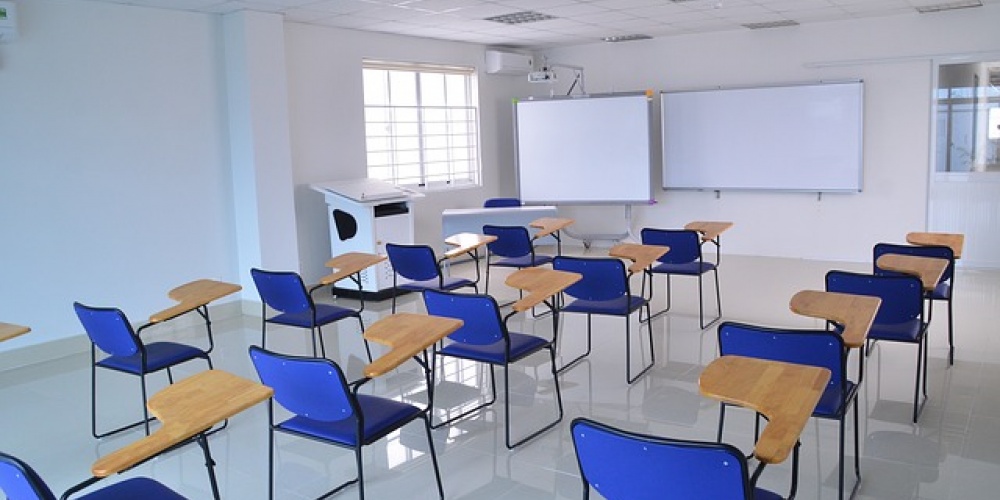 With thousands going back to school today (myself included), parents, teachers and students are looking forward (well, maybe not all are looking forward) to a year of learning and growth. There is much to do to prepare for a successful year of learning. While one might be unlikely to search masechet Sanhedrin with its discussion of court proceedings as a source of educational ideas, one would be remiss if they do not do so.

In order to encourage all to participate in the discussion at hand, “the Sanhedrin was like half of a circular threshing floor (a semi-circle), in order that all the judges will see one another” (Sanhedrin 36b). One communicates best with eye-to-eye contact – even better than through social media.

Some students are great note takers. Others find that concentrating on taking notes does not allow them to fully participate in the discussion; they can either participate or take notes – but not both. Recognizing such, the Mishna continues, that “two judges’ scribes stand before them, one on the right and one on the left, and they write the words of the prosecution and of those of the defence.” Rabbi Yehuda goes a step further, taking an extra precautionary step. He rules that while one scribe records all the proceedings, two other scribes are also assigned: one to record the words of the prosecution, and the other the words of the defence.

While many schools shy away from such today, the Sanhedrin was “streamed”. “Three rows of Torah scholars sit before the judges, and each and every one among those sitting recognizes his place”, with the most learned judge in the first seat of the first row. And when there was a need to add a judge, there was a ready supply of some 69 “interns” sitting in three rows of 23 (corresponding to the minor Sanhedrin itself), each one in his allocated space based on their order in the hierarchy.

I recall that when I first started teaching, I asked the head of the Jewish Studies department if the school had ever considered using an honour system. He basically laughed at me, an experienced educator marveling at the naiveté and misplaced idealism of a new teacher. Sixteen years later, I recognize the folly of my suggestion and would have to give the same answer I received when I first started teaching. This may be sad, but it is the reality.

Yet while an honour system may not work across the board, it works perfectly well for those who are truly committed to doing “what is right and good”. The Gemara (Sanhedrin 37a), quoting a verse from Shir HaShirim (3:7), compares the Sanhedrin to a “hedge of lilies”, noting that the Jewish people do not need “a wall of stones” to prevent them from sinning. Even a “small warning, and little separation”, i.e., a ruling of the Sanhedrin, as easy to breach as it is to step on and cross over the lilies, is enough to prevent a Jew from sinning. Most specifically, this refers to a husband and wife who are about to be intimate with each other when the wife whispers to the husband that she saw a speck of blood – and they immediately separate from each other. There is little to prevent them from fulfilling their desires—surely there’s no outside pressure—just a simple verse of the Bible, the greatest honour system there is.

It seems to me that there is an important educational message here. Those who want to do wrong will do so no matter how high the walls are built. If we want people to grow, we must give them the tools and the inspiration to do so, but we must allow them to overstep the boundaries if they are so inclined. Encouraging proper behaviour but allowing for free choice is a much more effective method than “preventing” wrongdoing (as if we can) by “force”.

And if people make choices of which we do not approve, well, that just means we should try harder. And we must always keep in mind the teaching of the Gemara immediately following, that of Reish Lakish, that “even the empty ones of Jewish people are full of mitzvoth like a pomegranate[1]” (Sanhedrin 37a). Everyone has many positive features – even if they are not always obvious. This is something all of us, teacher or not, must always keep in mind and always seek out.

And what shall we do about that student who is in need of serious disciplinary action? As if on cue, the Gemara continues by relating that there was a gang of hooligans in the neighbourhood of Rav Zeira. Nonetheless, and despite the strong opposition of his rabbinic colleagues, Rav Zeira befriended them, hoping to demonstrate a more positive approach to life. When Rav Zeira died, they exclaimed, “Until now we had the burnt man with the dwarfed legs[2] to implore Divine mercy for us; who will do so now? Thereupon they felt remorse in their hearts and repented” (Sanhedrin 37a).

While in the context of the story it was the hooligans who repented, perhaps the Gemara is also alluding to repentance that would also be appropriate for the rabbis–both for giving up on others and for being upset at Rav Zeira for not doing so.

A brief discussion about the Sanhedrin has much of pedagogical value to offer those who study it–and aren’t we all, in one way or another, teachers?

[1] This is the basis of the custom to eat pomegranates on Rosh Hashanah. While I have never actually counted, the minhag is unlikekly related to the supposed 613 seeds contained therein.

[2] The Gemara (Bava Metzia 85a) has a fascinating story explaining that it was because his colleagues’ jealousy of his overarching piety that he landed this nickname.