Noach: Stuck in the Present 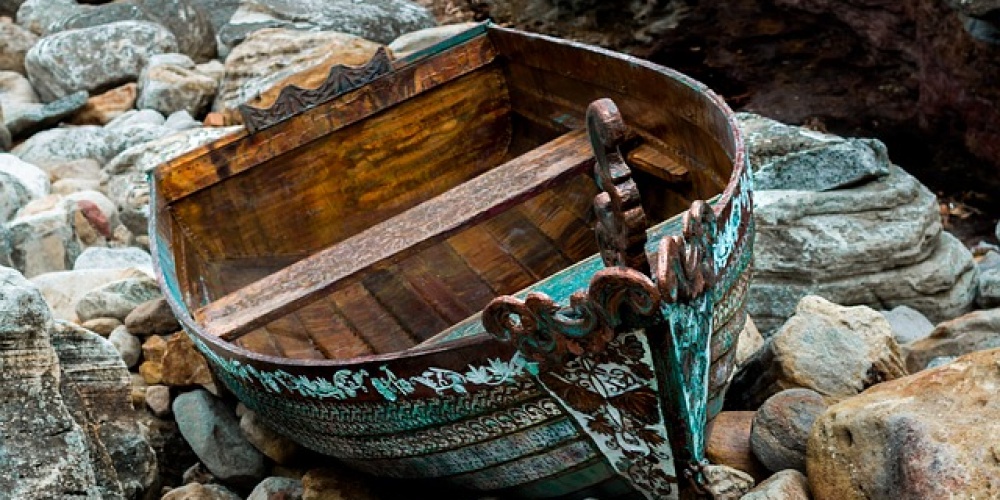 Rabbi Jay Kelman, CPA, CA
| Noach
"G-d said: I will obliterate humanity that I have created from the face of the earth; man, livestock, land animals and birds of the sky. I regret that I created them. But Noach found favour in G-d's eyes" (Breisheet 6:7-8).

What an amazing person Noach must have been. Surrounded by idolatry, corruption, and moral depravity, Noach remained righteous and pure. Single-handed, he managed to save humanity from oblivion. Only because of Noach’s merits, G-d decided to keep the human race alive. No wonder the next verse in the Torah tells us, "Noach was a righteous man, faultless in his generation. Noach walked with G-d" (Breisheet 6:9).

Such a glowing description, especially one from G-d Himself, is hard to find anywhere else. Yet, despite all that he did, Noach is not one of our "founding fathers." His legacy as far as Jews are concerned is quite minimal. We do not often look to him as a role model for our lives. Abraham and Sarah and their children are our exemplars, and poor Noach is a forgotten figure, save for the single week yearly that we read about him and his ark. In fact, some of our Talmudic Sages claim that Noach was only righteous relative to his generation; compared to Avraham Avinu, he really did not amount to much.

Why is it that Noach did not merit consideration as the first Jew? Why do so many Torah scholars downplay his accomplishments?

The Torah hints at a possible answer when it first introduces us to Noach at the end of parshat Breisheet, revealing that "when Noach was five hundred years old, Noach begot Shem, Cham and Japheth” (Breisheet 5:32). Noah's ancestors all had children much younger, ranging in age from 65 to 187. Noach, however, waited centuries before he had a child. And unlike his predecessors who all begot (many) "sons and daughters", Noach only had three children. Living in that time and place, Noach did not want to bring children into such a corrupt and depraved world. He may even have been afraid that his own children would follow the ways of the dominant culture. Similarly, Amram and Yocheved, the parents of Moshe Rabbeinu, separated from each other because they did not want to bring a child into the world when he was destined to be, at best, a slave.

While understandable, this is not and cannot be a Jewish attitude. It is not up to us to abandon our own duties due to possible fears about the future. Furthermore, our job is to change that corrupt and morally depraved world by having children to serve as living examples of righteousness and purity. While we must protect ourselves from the corrupting influences of the world at large, we must never give up the hope of changing it for the better. In times of despair, we must have additional children, not fewer. It is our children who are trees that we plant for the future, who will provide hope and help to the world long after we are gone. And Judaism, regardless of the present, teaches that the future can and must be a better one. Without this mindset, we could not have survived all these years in a world so often bent on our destruction.

Noach may have been "righteous and faultless". But he feared he could not instill these traits in his children. Such a person is not worthy to be the first Jew. That designation awaited the one who, despite living in the vicinity of Sedom, and despite knowing that his children could not marry anybody from his neighbourhood, prayed desperately for a child. Avraham never gave up on the world; he hoped that the people of Sedom could be saved not only physically, but morally. And it for this reason that G-d choose him to be the founder of His special nation. “For I have singled him out, that he may instruct his children and his posterity to keep the way of the Lord by doing, tzedakah umishpat, what is just and right, in order that the Lord may bring about for Abraham what He has promised him” (Breisheet 18:19).

As the chlidren of Avraham, we must carry on his positive, optimistic attitude that enabled him to constantly strive to improve the moral climate of society.