From Pesachim to Yoma 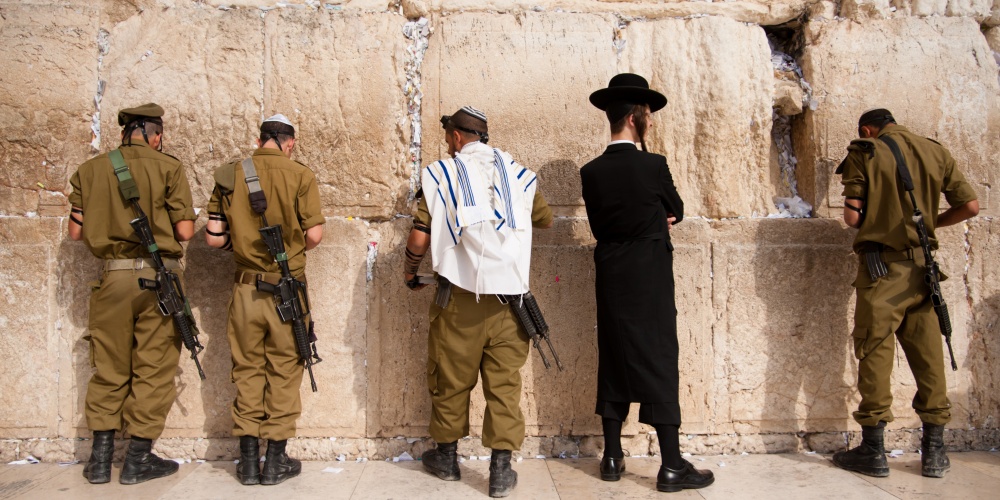 In a rather fortuitous coincidence, the daf yomi cycle concluded masechet Pesachim just a few days before Pesach. In the Talmud Bavli, masechet Pesachim is followed by masechet Yoma, dealing with a very special yom, day, that of Yom Kippur.

One might have expected that masechet Rosh Hashanah would follow Pesachim, followed by Yoma and then Sukkah, reflecting the Biblical order of the festivals. (Shavuot, described in the Torah as the 50th day of Pesach and moreover, having no special mitzvot related to it, does not have a masechet dedicated to it.) And if one peruses the standard printed 20-volume Vilna Shas, the fifth volume contains masechtot Rosh Hashanah, Yoma, and Sukkah, in that order. Yet the daf yomi cycle follows the Mishnaic cycle, in which masechtot Yoma, Sukkah, and even Beitza, which details the general laws applicable to all of the Yamim Tovim, precede Rosh Hashanah. This because, with very rare exceptions, the ordering of the masechtot in each of the six orders of the Mishna is done by descending order based on the number of chapters in the masechtot.

Seder Moed, for example, begins with Shabbat and its 24 chapters; and then moves on to Eiruvin, with ten chapters; followed by Pesachim, which also has ten chapters. With Eiruvin pretty much a continuation of Shabbat, its precedence to Pesachim is most logical. Yoma, with eight chapters, and Sukkah and Beitza, with five each, precede Rosh Hashanah with its four chapters. These masechtot are followed by Ta’anit and Megillah, with four chapters each. Moed Katan, which deals with the laws of chol hamoed and those of mourning, and Chagigah, which details the festivities in the Temple during the Yamim Tovim, each with three chapters conclude seder Moed.

This pattern of following the Mishna would seemingly explain why, between masechtot Pesachim and Yoma, daf yomi studied masechet Shekalim and its eight chapters. That Shekalim precedes Yoma can be explained by the fact that the year end of the Temple is the last day of Adar, with the new year beginning on the first of Nissan. Hence, the mitzvah to donate half a shekel for the financial upkeep of the Temple—the primary theme of the masechet—is very much connected to the month of Nissan and the holiday of Pesach.

Be that as it may, the three-week “break” from Talmud Bavli means that, instead of starting masechet Yoma just a few days before Pesach, masechet Yoma began on Rosh Chodesh Iyar. This is a rather fortuitous coincidence.

“You have given Roshei Chodashim, the New Moons, to your people, a time of atonement for all their offspring” (Mussaf). While Yom Kippur may be the Day of Atonement, Roshei Chodesh are the days of atonement. With an opportunity for atonement each month, we have a heightened obligation of reflection and return, of teshuva each and every month. And while mostly neglected today, erev Rosh Chodesh is known as Yom Kippur Katan, a minor Yom Kippur, and tradition suggests that it is a fast day with special selichot[2], a time to reflect on how we can do better next month. And as a mini-Yom Kippur it, too, offers an opportunity for atonement. Yet if Yom Kippur is the day in which G-d forgave us for the sin of the golden calf, for what sin does Rosh Chodesh atone?

“G-d spoke to Moshe and Aharon in the land of Egypt: This month shall mark for you the beginning of the months; it shall be the first of the months of the year for you” (Shemot 12:1). Sanctifying the new moon was the first mitzvah given to the Jewish people. It is the calendar that unites and unifies us as a people. Despite all the debates, disagreements, and denominations that are so much a part of Jewish life, thankfully, we all share the same calendar. If we did not, we would cease to be one people. It is no coincidence that our two major holidays, Pesach and Sukkot—plus many minor ones—are on the 15th of the month, when the moon is complete.

The unity of the Jewish nation lasted through Sinai: “’and they encamped there’, with one heart, like one person” (Rashi, Shemot 19:3). Yet this unity tragically came to an end with the sin of the golden calf.

“Thus says the Lord, the G-d of Israel: Each of you put sword on thigh, go back and forth from gate to gate throughout the camp, and slay brother, neighbor, and kin” (Shemot 32:27). The sin of the golden calf not only altered our relationship with G-d, it led to one Jew being forced to kill another.

“Then He became King in Jeshurun, when the heads of the people assembled, the tribes of Israel together” (Devarim 33:5). As Rashi notes, “When they assemble together in one band and there is peace between them, only then is He their King, but not when there is dissension among them”. When the Jewish people are divided, G-d can no longer be the King. And if G-d is not the King, He has no need for a palace.

Not surprisingly, our Sages understood that it is the sin of fighting amongst Jews, sina’at chinam, that led to the destruction of the Temple. Fascinatingly, this teaching appears not in masechet Gittin, where the Talmud discusses the destruction of Temple (including the story of Kamtza and Bar Kamtza, which highlights this dissension), but in the first chapter of masechet Yoma.

Our Sages note that it is the sin of impurity in the Temple that is atoned for on Rosh Chodesh. On a technical level, this refers to one who comes in contact with death is rendering themselves tameh, and then inadvertently enters the Temple or eats sacrificial food while in a state of impurity.

But G-d can dwell in the Temple only if the Jewish people eschew dissension and division. There is nothing that defiles the Temple more than dissension and, G-d forbid, hatred of one Jew for another.

If we are one, then even if we are ritually impure, G-d dwells amongst us. “’That dwells with them in the midst of their impurity’ (Vayikra 16:16)—even when the Jewish people are impure, the Divine Presence is with them” (Yoma 56b). As the Meshech Chochmah (Shemot 14:24) powerfully explains, G-d can tolerate and continue to dwell amongst us even if we are guilty of idolatry. But if we are fighting amongst ourselves, we can and do succeed in driving G-d out of our midst.

The goal of Yom Kippur is not only atonement, but purity. “For on this day atonement shall be made for you to cleanse you of all your sins; you shall be purified before the Lord” (Vayikra 16:30). And purity requires that we respect, get along with, and “love” our fellow Jew, even if we may legitimately disagree with one another.

It is well known that Yom Kippur atones only for sins between man and G-d. What is less well known is that it could very well be that if we have not appeased our fellow man, then we cannot receive atonement even for sins between man and G-d. Rosh Chodesh reminds us that we must ensure the purity of the “Temple”. And this purity—the coming together of the Jewish people—is needed even, or shall we say, especially, when there is no Temple. It is the pre-requisite for enabling us to enter the actual Temple in purity.

[1] For possible reasons for this anomaly, please see here.

[2] Interestingly, neither the ArtScroll nor the Koren nor the RCA siddur include these tefilot. And with each well over 1,000 pages, it has little to do with there being not enough room.