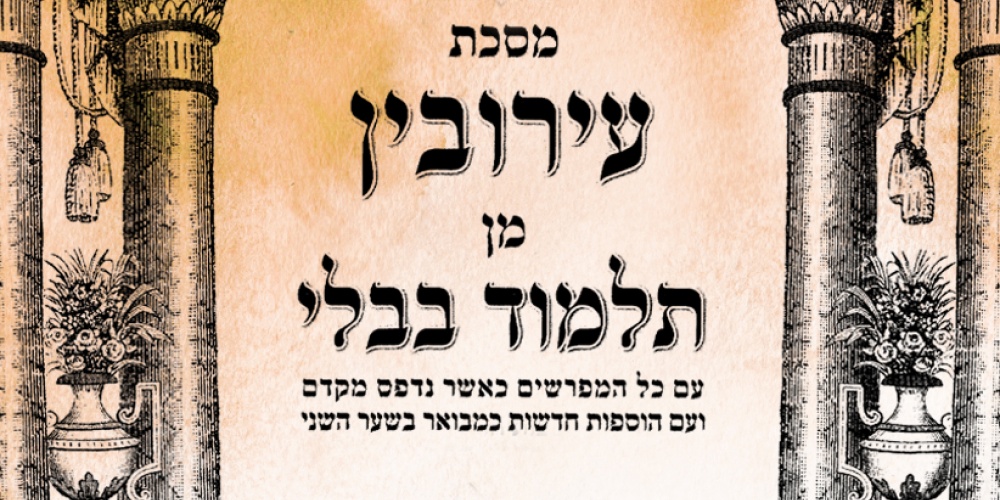 This teaching of Rav Elai, one of the more famous teachings of our Sages, advises that if one wants to get to know someone, one should look “in their cup, their pocket, and their anger” (it has a much better ring to it in the Hebrew).

Nichnas yayin yatza sod[1], “when wine enters, secrets emerge” (Eiruvin 65a). We are all aware that when one drinks, inhibitions are lessened and people’s true feelings come out—sometimes to their great embarrassment. It is this concept that explains why, seemingly at odds with everything Judaism stands for, there is a mitzvah to drink on Purim. When a deeply religious person drinks, there is little to fear. What one sees on the outside is what there is on the inside; tocho k’boro. But such people are few and far between. Even if one were to argue that we must literally drink until we “cannot tell the difference between blessed Mordechai and cursed Haman”—a debatable point—I would argue such licence was given only to the very few who are the same inside and out. But allowing such for the masses is an invitation to a desecration of G-d’s name, and perhaps even worse.

Not only can we see the true colours of a person when they have had too much to drink; we can see much by looking at how often they drink. “Wine gladdens the heart” (Tehillim 104:15) and is appropriate on special occasions, but drinking much more often might indicate more serious underlying issues. “Rabbi Chanin said: Wine was created only in order to comfort mourners in their distress, and to reward the wicked as it says (Mishlei 31:6) 'Give strong drink to him who is ready to perish, and wine to the bitter of soul. Let him drink, and forget his poverty, and remember his misery no more'” (Eiruvin 65a).

But even the biggest drinker spends only a small fraction of their time drinking. Much more time is spent earning and spending money. How one does so reveals much about a person. Notably, our Sages (Shabbat 31a) teach that the first question G-d will ask us as we leave this world is, “Did you conduct your business dealings faithfully?” How one conducts one’s business dealings tells us much of what we need to know about that person.

In addition to how one earns one's money, we gain much insight into a person’s character by examining their attitude towards money. What do they spend their money on? How much do they save, how do they invest, how often are they willing to volunteer, when do they offer to treat others? Are they willing to act lifnim meshurat hadin, above and beyond the call of duty, even if such means taking a financial hit? And most importantly, how much do they share with others?

“Difficult to anger and easy to appease [is] pious, easy to anger and difficult to appease, [is a] rasha, evil” (Pirkei Avot 5:14). We tend to eschew anger due to its consequences. All too often, one says and does things in a fit of anger that they will soon come to regret. Yet our Sages teach that anger in and of itself—even with no other consequences—is evil. Anger is the manner by which our Sages define piety and evil. Anger and arrogance (and anger is often a symptom of one’s arrogance) are the only two traits which the Rambam says we should not abide by the golden mean, but go to the extreme of forbearance and humility (Hilchot Deot 2:3). And even in those situations in which anger may be warranted, one should feign anger. Actual anger is never appropriate. Our Sages go so far as to equate anger with idolatry.

The Maharsha notes that koso, kiso, and ka’aso refer to the three areas of mitzvot. Equated with idolatry, anger is a dereliction of our duties between and G-d. Anger reflects a self-centredness that conflicts with the notion of G-d as King. Kiso, our attitude towards money, reflects our relationship between man and man, and koso reflects the relationship of man to himself.

While this teaching of Rav Elai is relatively well known, less well-known is what immediately follows. “And some say, also through laughter”. A person’s sense of humour—or lack thereof—says much about a person. The ability to laugh—even at oneself—is a great tonic. There is little doubt that the collective sense of humour of the Jewish people has been a great help throughout history. And it is no coincidence that so many of the leading comedians (at least when I was growing up) were Jewish. A sense of humour even helps us in our Torah learning. It is for this reason that Rava would begin every shiur by telling a joke (Shabbat 30b).

The teaching of Rav Elai is a most beautiful one. If one were to guess where this teaching might be found, many might guess Pirkei Avot. Yet the Talmudic editors—who edited all aspects of the Talmud with great precision—placed this teaching in masechet Eiruvin. Why?

The Mishna to which this teaching relates rules that one who lives in the same courtyard with an idolater is prohibited to carry on Shabbat. The Gemara explains that this is a rabbinic enactment to discourage Jews from living next to idolaters, “lest we learn from their actions”. Being that we are greatly influenced by our surroundings, it is important that we choose our neighbours wisely[2]. Living in such close proximity to idolaters might dull one’s moral sensibilities. The Gemara notes that one could “rent” the home of the idolater each and every Shabbat, and thus be allowed to carry. However, even if the Jews would be willing to do so, it is most unlikely the idolater would agree. Thus, practically speaking, this ordinance helped to promote the idea that one should live in a better moral neighbourhood.

By placing Rav Elai’s teaching on this Mishna, our Talmudic editors want to emphasize that it not the religious influence that most worries them, but the moral. The true nature of a person is not in their religious beliefs, but in their moral character. Instead of focusing on the religious beliefs and practices of others, we ought to look at kiso, koso and ka’aso, their drink, pocketbook, and anger. And for good measure, check out their sense of humour. It is the people who pass this test with whom you should share your courtyard.

[1] For those who are fans of gematria, the numerical value of sod and yayin is 70, which is understood by the Gemara as an allusion to the 70 elders on the high court. One who can drink without revealing embarrassing secrets is worthy to be a member of this court.

[2] This was especially true in Talmudic times, when much of what we do today inside our home—cooking, laundry, getting some fresh air—was done in a common courtyard.