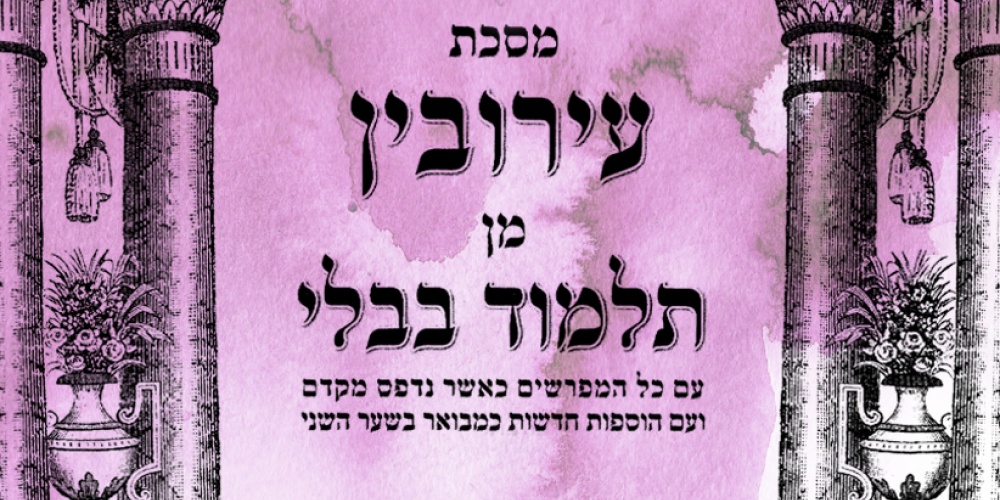 Two of the most fundamental mitzvot are those of prayer and Talmud Torah. Observant Jews pray three times a day, and for those who daven with a minyan, the time spent going to shul, davening, and coming back home can easily take up to two hours a day - a rather startling amount of time that does not even include Shabbat and Yom Tov. There is little need to dwell on the importance of learning: Talmud Torah k’neged kulam, Talmud Torah is equal to them all.

It would quite an understatement to note that these two mitzvot have undergone radical changes during the past few months. Many, myself included, have not been inside a shul in over seven months. While some daven in makeshift minyanim in various backyards, many others do not have that option. It is no secret that some declined to renew their shul memberships—reasoning that if I can’t go, why pay?—and pretty much every shul has taken a financial hit of one kind or another, with many forced to lay off staff.

On the other hand, while the routine of school has been upended, to put it mildly, many are learning more than they ever have. With many working less and/or working from home, and many more re-examining priorities, time we had not realized we had is now being spent learning. No longer limited by geography, the Zoom Beit Midrash brings together people from the four corners of the world, allowing them to learn from the best and the brightest the Jewish world has to offer, wherever they may be.

In other words, many are davening less and learning more. While this is a result of the physical threat of the pandemic, it also reflects the mental state the halacha requires for these very different mitzvot[1].

Our Sages were not suggesting that learning Torah cures all. The primacy of pikuach nefesh, of safeguarding our health, mandates that we violate any and all of the laws of the Torah—with the exception of the cardinal sins of adultery, idolatry and murder—to preserve life. The principle that “One may not rely on miracles” (Pesachim 64b) demands that we must act within the natural order; we dare not expect that G-d will provide that which man is capable of doing himself. When one is sick, one must seek out a doctor.

Yet not all aches and pain require medical intervention. At times, by focusing elsewhere, we are able to block out pain[2]. Learning Torah can invigorate us and help make us feel better. I know that there are times when I am tired or have a headache, yet after teaching Torah, I feel much better. I can’t necessarily explain it, but I have experienced it many times. And our mental state has a huge impact on our physical well-being—even when one is more seriously ill. People have often willed themselves to live so that they may see a grandchild get married.

Perhaps our Sages were speaking in a more philosophical vein. Our sojourn on earth is but temporary; Torah, on the other hand, is eternal. It is “our life and length of days, and upon them we will mediate day and night”. Focusing on Torah may allow one to put pain in perspective, accepting it as part of the divine will.

Irrespective of the exact meaning of this exhortation, it is clear that even if our mind is mainly elsewhere, Torah learning is most appropriate.

This approach is in marked contrast to that of tefillah. Prayer requires focus, focus, and more focus. “Rav Chiyya bar Ashi said in the name of Rav: Anyone whose mind is unsettled should not pray” (Eiruvin 65a). In prayer, we approach G-d, beseech Him, and talk to Him. It would be most inappropriate to approach G-d with an “unsettled mind”. Illustrating this point, the Gemara notes that Rabbi Chanina would not pray on a day when he was angry. Approaching G-d when angry is not advisable[3].

Rabbi Elazar goes a step further, teaching that “one who returns home from a journey should not pray for three days”. As Rashi explains, the hassle of travel makes it impossible to be in the right frame of mind to pray, and it takes three days to recover. Once again, to move from theory to practice, the Gemara notes that “Shmuel’s father, when he would return home from his journey, would not pray for three days, as he would have to rest from his journey.”

Is it any wonder that “The pious men of old used to wait an hour before praying in order that they might direct their thoughts to G-d” (Mishna Brachot 5:1) [4]? Proper prayer takes much preparation.

All this can be rather depressing, leaving us wondering when we might ever be able to daven. And in theory, the answer might be rarely. But we live in the world of practice, and Jews have been davening without proper kavanah for hundreds of years.

Thus, the Shulchan Aruch notes, we are not careful about these strictures, “as in any event, we do not have so much kavanah when we daven” (Orach Chaim 98:2). The Ramah quotes the Tur that it is for this reason that we do not, as the halacha demands, pray a second time if we did pray without kavanah, as it is unlikely one will do any better the second time.

So difficult is davening with proper kavanah that Rabbi Elazar ben Azaria claimed that he could “exempt the entire world from judgment… [for lack of kavanah] of prayer”.

While this may be depressing for some, I actually find it reassuring. Davening is hard; it is not called avodah sh’belev, work of the heart, for nothing. And work of the heart can be much harder than work of the body. Our tradition understands this, allowing Rabbi Elazar ben Azaria to make his rather audacious claim.

How wonderful are the people of Israel who faithfully daven day in and day out! Even if it is done without the requisite kavanah, we do so because we understand that, when all is said and done, “there is none to rely on save for our Father in heaven”. May He answer our prayers.

[1] See here, where I explain Rav Soloveitchik’s most beautiful analysis of the fundamental difference between these two mitzvot.

[2] In 1913 Rabbi Israel Taub, the Moditzer Rebbe, had his leg amputated and insisted that no anesthetic be given. To ease the pain, he focused on music instead, and tradition has it that he composed a niggun to the Neilah prayer of “Ezkera Elokim Veohmaiha” while undergoing the operation.

[3] Anger is not advisable, even when not approaching G-d. It is anger that most likely cost Moshe Rabbeinu the opportunity to enter the Land of Israel.

[4] These teachings fit most beautifully with the approach of the Ramban that prayer is a gift from G-d, allowing man to approach Him day in and day out. To repay this act of loving kindness with a half-hearted effort, just mumbling some words, would make a travesty of this gift. According to the view of the Rambam that daily prayer is biblically mandated, the exemption—or, shall we say, prohibition—to pray would be due to ones, a state where one is unable to perform a mitzvah, an exemption similar to not visiting the sick during a pandemic. The mitzvah exists; it is just that under certain circumstances it can’t be fulfilled.