Eiruvin 60b: He's Only a Prophet 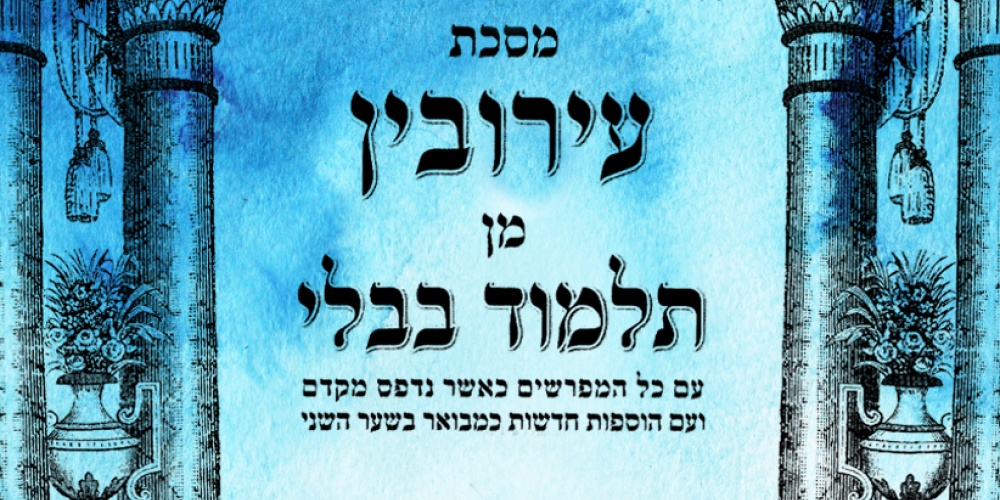 To tell someone that his words are those of prophecy would seem to be the highest compliment one can give. The prerequisites for being a prophet are tough indeed, and those who can meet them are certainly most worthy of praise (see Maimonides, Laws of Foundations of Torah 7:1). Our great prophets help inspire, teach, comfort, and lead the people. Their uplifting words laid the vision for the Jewish nation, and even those who rejected the halachic system of Judaism embraced much of the prophetic vision.

Yet, our Sages were apparently unimpressed with prophecy--at least when it comes to the area of Jewish law. In fact, a prophet has no authority to rule on matters of Jewish law at all. That is the sole domain of sages who, with years of diligent study and breadth of vision, are to be the interpreters of Jewish law.

We have almost no development of Jewish law during the entire period of prophecy; only with the formation of the Men of the Great Assembly (Anshei K'nesset HaG'dolah) at the beginning of the Second Temple period--as prophecy came to a close--did halacha begin to develop. As the Talmud succinctly notes, a Sage is greater than a prophet (Bava Batra 12a). So much so that calling someone a prophet was a polite way of rejecting someone's argument, a sweet-sounding insult.

As is well known, one may only walk up to 2,000 cubits (approximately 1km) beyond one's city limits on Shabbat, something that can be extended by another 2,000 cubits by the placement of an eiruv techumim in the direction in which one wants to travel on Shabbat (which would disqualify one from travelling an equal distance in the opposite direction). The Talmud (Eiruvin 60b) quotes a ruling of Rav Iddi in the name of Rav Yehoshua ben Levi that if the area of the techum (i.e. the 4,000 cubits) ends in the middle of an adjoining city, then one may walk only up to that point in the city. However, if one's personal techumends beyond the city, then the entire city is to be counted as only 4 cubits, allowing one to walk even further.

Rav Iddi then commented that, "These are only words of prophecy; what difference does it make if it ends in the midst of the city or the end of the city?" Rashi explains that these words are "like one giving prophecy from the Almighty, that he does not give a reason for his words. Rabbi Yehoshua ben Levi said these words, and had he not learned them from his teacher, he would not have said this thing [which has] no reason". In other words, using the authority of one's teachers to explain something that flies in the face of logic is not a valid argument. Either a city should be counted like four cubits or it should not; why should it depend on where the techum ends? Only G-d Himself, in the Torah or through the words He tells the prophets, can issue rulings that defy our understanding with the expectation that we will observe these words of prophecy. But the application of Jewish law is not given to prophecy, and arguments must be sound--and judged on their merits, not on who said them. Rava does offer an explanation of Rav Yehoshua ben Levi's ruling, but it is an argument based on logical reasoning, not "words of prophecy".

Tosafot quotes the opinion of the Ri, who disagrees, arguing that the expression "these are only words of prophecy" are actually meant as words of praise. Apparently, the Hebrew phrase ein eilu eleh divrei neviutis to be translated as "these can only be words of prophecy", meaning that the wisdom embedded in them is so profound that they must be divinely inspired. Rava then helps elucidate this ruling inspired from above.

Interestingly, Tosafot (Bava Batra 12a) agree with Rashi (against the Ri) that telling a Sage that his are the words of prophecy is no praise at all, and that we are to reject his view.

Rashi, most of the Tosafists and the Ri all agree that Rav Yehoshua's words can only be "words of prophecy", as they apparently defy logical argument. For Rashi and the Tosafists, this is bad--demonstrating a weak argument with a call to authority--whereas, for the Ri, this demonstrates the divine inspiration that our Talmudic sages had. Once again, the Talmud offers fundamentally diverse views, leaving room for a multiplicity of approaches.