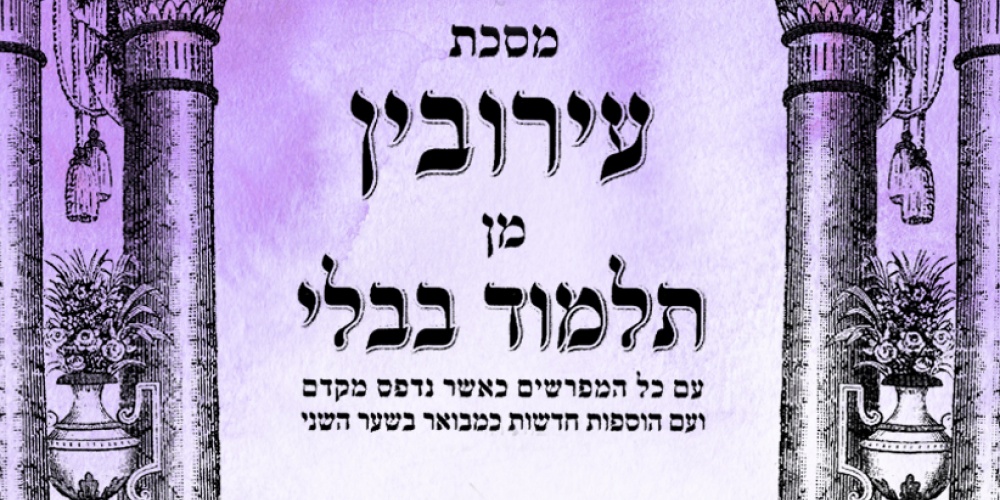 The mitzvah of Talmud Torah involves much more than spending time learning Torah, important as that may be. The mitzvah requires that we become knowledgeable in Torah to the best of our ability, understanding what we learn and remembering it. This requires reviewing that which we have learned over and over and over again.

"Rabbi Eliezer said: One is obligated to teach the material to his students [a minimum] of four times" (Eiruvin 54b) paralleling how at Sinai, the Jewish people were taught the Torah four times. The Torah itself is full of repetition; often people just won’t pay attention to something unless the message is repeated over and over again[1]. In addition to retention, repetition creates new insight. We can literally hear something 100 times, but then on the 101st something clicks, and all of a sudden, we see the same material in a different light. In a similar vein, while repetition is a key technique of Torah teaching, our Sages understood that each repeated item must also contain within it some new insight. Repetition strengthens the foundation of our knowledge while simultaneously helping us to reach new heights.

But there is more to learning than mere repetition.

The Gemara notes three pedagogical methods that were practiced in the province of Yehudah, which helped create better learning outcomes. The third of these practices was galu masechta, a term that lends itself to at least three complementary explanations given by the commentaries.

Rashi explains that, in Yehudah, “they taught others”. All who teach know how true this comment of Rashi is. If you want to learn something well, teach it to others. Conversely, if one cannot coherently repeat that which one has learned to others, one cannot be said to have truly learned the material. Learning Torah means teaching Torah. As our Sages express it, “whoever is obligated to learn is obligated to teach” (Kiddushin 29b).

The Torah records no actual mitzvah to learn Torah; it is the mitzvah of teaching Torah that it stresses: “v’shinantem lebanecha, and you shall teach (literally, “sharpen”) your children (Devarim 6:7); v’limadetem otam et bneichem, and you shall teach your children (Devarim 11:19); v’hodatem lebanecha v’livnei banecha, and you shall make them known to your children and to your children’s children” (Devarim 4:9). Three times, the Torah repeats the same message—teach Torah to others—something we cannot do unless and until we have learned the material well enough ourselves. Not wanting to view these three verses as merely encouraging repetition alone, our Sages understood the verses to require one to specifically teach one's own children, one's own grandchildren, “and all students, even if they are not his children” (Rambam, Hilchot Talmud Torah 1:2).

Similar to the benefits of review, the more one teaches, the more insight one will gain oneself. “And from my students I learned the most of all” (Taanit 7a). And once again, all who teach know very well how even a simple question or comment from a unknowing student can lead to deeper learning, further research, and greater understanding. Fortunate is the teacher whose inquiring student forces them to “stay on their toes”.

The people in Yehudah did not learn just for themselves, but happily taught others—thereby retaining more of what they learned, than those whose learning focused on themselves. They were galu masechta, revealing what they had learned to others.

Rashi then adds a second explanation: namely, that in Yehudah, they “explained their teachings [by] being careful [to expound upon] the reasons until it was settled in their hearts.” If one wants to retain one’s learning, one must do more than memorize the material; one must fully understand what one is learning and why one is learning it. How and why is the subject matter relevant to one’s life. All too often, an excited teacher forgets that their students do not share their same passion for learning. A formula memorized is soon forgotten. A formula understood is easily recalled. Dates, names, and places come to life when placed in proper historical context, as one reflects not on what happened, but what the factors were that precipitated what happened, and what lessons can and must be drawn from it. Laws are much more likely to be followed when their rationale is understood. And learning is much more enjoyable when it is meaningful and touches the heart. We are not meant to be robots following a list of do’s and don’ts, but are motivated by reason. The people of Yehudah were galu masechta, revealing the deeper meaning of the learning.

Rav Yaakov Emden understands the phrase galu masechta most literally: the teachers in Yehuda revealed what masechet they would be learning. Or, to put it in slightly more modern language, they announced the curriculum in advance, allowing ample time for student preparation. Crucial to the curriculum is that “when they start one tractate, they do not turn to another one until they finish the first one[2]”. One must stay focused on the topic at hand, covering each thoroughly before moving on to the next. However, “when the teacher teaches what his heart desires, one day this and the next day that…the students will not pay attention, nor ask that difficult concepts be explained, and when the teacher asks questions…they will not know how to answer anything”. Had I not known better, I would have assumed these words were written by a modern educational expert and not an 18th century Talmudist.

Siting in a sukkah is an educational opportunity and imperative. “You shall dwell in booths seven days; all citizens in Israel shall live in booth in order that future generations may know that I made the Israelite people live in booths when I brought them out of the land of Egypt, I the Lord your G-d” (Vayikra 23:42-43). If we are to be successful, we must focus at least as much on the how of teaching as on the what of teaching,

[1] The Torah well understood the natural instinct to take advantage of the ger, the stranger—a category that would include the convert—and hence, the Torah commands us no less than 36 times, and some say 46 times, to be especially kind and sensitive to the stranger (Bava Metzia 59b).

[2] While Rav Emden seems to be discussing teaching a particular subject—Gemara—one wonders if such an approach should be more broadly applied. At TanenbaumCHAT, where I teach, in a “normal” year, students take 11 courses at a time, with the school year being one long term. Due to COVID, the current school year is being divided into four “quadmesters”, with students taking two or three courses each semester. Might the focus on fewer subjects at any given time lead to increased learning, or does such a system not allow for enough time to internalize the material? Instead of speculating, we might gather some real data and apply it moving forward.