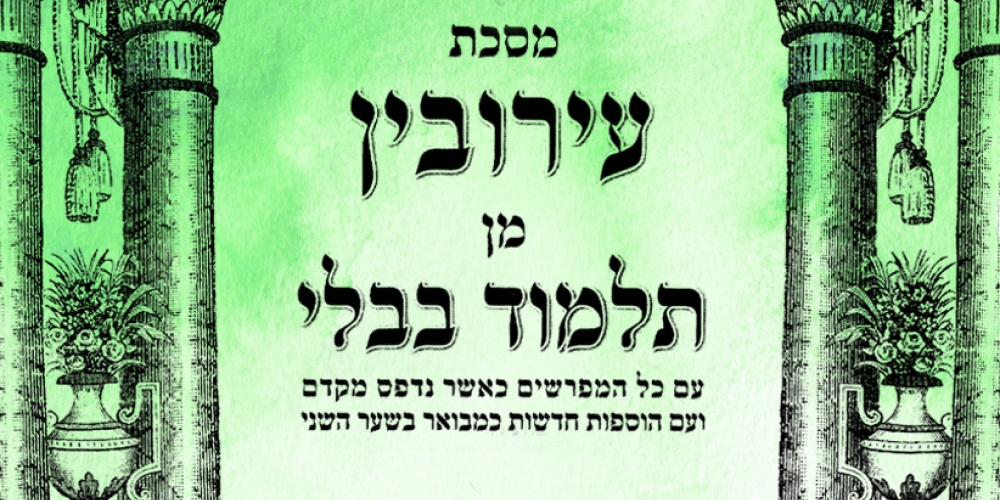 Imagine if the Torah had not been given. While for many, such a thought is unthinkable—“for they are our life and the length of our days, and on them we will meditate day and night”—for many, actually, most Jews, such is the reality. Raised with little connection to Judaism, with little or no Jewish education, and part of the 70% of Jews who do not attend synagogue on Yom Kippur[1], the Torah, for all intents and purposes, was not given.

One cannot expect one who has no connection to Torah to observe its laws. Thus, beginning in the 19th century, rabbinic responsa negated many of the Talmudic laws relating to non-observant Jews, arguing that the social setting had become so different as to make them obsolete. Unlike in prior generations, the non-observance of Shabbat was not a sign of rebellion and denial of G-d and thus, the public Shabbat desecrator no longer had to be rejected as a member of the Jewish community. Surely one cannot expect one raised in a secular home to keep kosher or shake a lulav! Nor can one fault them for marrying out.

But tolerance has its limits.

“Rabbi Yocḥanan said: If the Torah had not been given, we could have learnt modesty from the cat, honesty from the ant, chastity from the dove, and derech eretz, proper etiquette, from the rooster who first appeases and then mates” (Eiruvin 100b).

While we may be able to forgive “sins” of a ritual nature, there is no acceptable excuse for unethical behaviour, regardless of one’s upbringing and educational experiences. One does not need a Torah to teach us basic human decency. One does need others to teach proper behaviour. While that may be helpful and make ethical behaviour more natural[2], when unavailable, we must turn elsewhere—even to the animal kingdom, if need be. The Torah may have been “given only in order to refine the character of people”, but we need to ensure we refine our characters with or without the benefit of Torah.

Philosophers have long debated the role and necessity of Divine law in shaping moral character. It is clear where Rav Yochanan stands, and it is his view that many others have adopted. Our founding father, Abraham, justified claiming Sarah as his sister because, “There is no fear of G-d in this place”. Apparently, one can fear G-d, i.e., have a sense of proper morality, even without the explicit instruction of the Torah. Sa’adya Gaon, living in 10th century Babylonia, categorized many of the mitzvot of the Torah as mitzvot sichliot, mitzvot of intelligence—mitzvot that those possessed of intelligence, i.e., humans, could have derived on their own, had they not been given. We do not need a Torah to tell us that we must not murder, steal, cheat, or lie, or that we must honour our parents[3].

While philosophers may debate the issues, the empirical evidence would seem to substantiate the view of Rav Yochanan. Can one truly argue that, absent a life of Torah, one cannot live a morally upstanding life? There are many people—Jewish and non-Jewish alike—who have no connection to Torah, and yet are wonderful people who display empathy, integrity and sensitivity. And sadly, there are some who profess fidelity to Torah whose moral integrity leaves much to be desired. The link between Torah and morality is not always obvious.

Our Talmudic Sages fully grasped that all of G-d’s creation has something to teach man. We must learn not only mikol adam, from all peoples, but also from the cat, the ant, the dove and the rooster—and so much more.

It is worth noting that, aside from the rooster, Rav Yochanan felt no need to explain how exactly we learn modesty from the cat, honesty from the ant, and chastity from the dove. Rashi, realizing that many were not quite as conversant as our Sages regarding the animal kingdom, explains that the cat covers its excrement and does not urinate in the presence of people. Wikipedia, presumably unaware of this Talmudic passage, informs us that, “Cats are known for spending considerable amounts of time licking their coats to keep them clean”. The ant, Rashi notes, will not steal food from another ant, and doves are faithful to their partners.

Rav Yochanan’s definition of tzniut focuses on what we might call the social norms of basic manners and human decency. Tzniut starts with basic hygiene and cleanliness. It is derech eretz, literally the path of the land, that references modesty in sexual matters. It is clear to Rav Yochanan that tzniut and derech eretz are universal norms. One can learn how to observe them indirectly from the Torah—their parameters are not defined in the Torah, and are in fact not even directly referenced—or directly by studying G-d’s creations.

One might think that now that the Torah has been given, there is little need to learn from the animals. But that would be incorrect. Our tradition abounds with teachings we are to learn from animals. “Yehudah ben Teima said: Be strong as a leopard, and swift as an eagle, and fleet as a gazelle, and brave as a lion, to do the will of your Father who is in heaven” (Avot 5:20). The first words of Rav Yosef Karo in his Shulchan Aruch are that we “should awaken like a lion to serve our Creator”.

G-d has gifted us with various ways to learn how to lead our lives. He revealed Himself through the natural world that He created and through the written word that He gifted to us in the Torah—what we might explain today as both audio and visual ways to learn. May we learn well.

[2] Sadly, there are many who are raised in environments where proper role models are few and far between, or even nonexistent. Whether Rav Yochanan might excuse their behavior, I do not know.

[3] Perhaps the most forceful critique of this view in modern times is given by Dennis Prager, who argues that absent G-d’s direct command, there is little moral ground for arguing that murder is wrong. See here for example.