Eikev: The Sweat of Your Brow 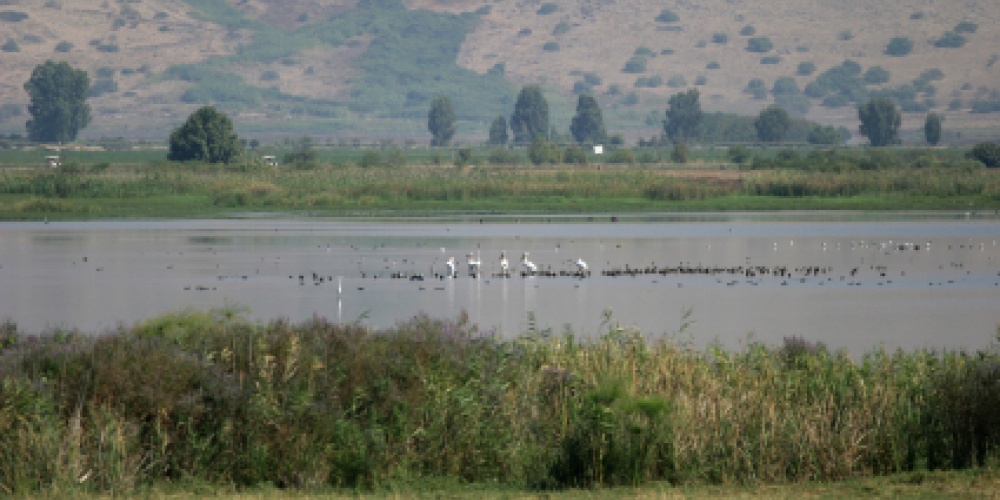 Raising an independent nation is no easy task. The generation that left Egypt was (understandably) not up to the task. Whether or not their children would be was something of an open question. Moshe spends almost the entire book of Devarim preparing the people so that their entry into the land is a successful and permanent one. He was undoubtedly worried about what might be; he knew he would not be joining them. The last time Moshe left B'nai Yisrael, they built a golden calf, and much of Sefer Devarim is devoted to the theme of the dangers and enticements of idolatry.

But first they had to conquer the land, a task that looked daunting. "If [when?] You say in your heart these nations are greater than us, how (eicha) will we be able to conquer them?" (7:17). Such fear was natural, and Moshe displays no anger as he assures them that G-d-who performed so many miracles for them-will be there to help them conquer the land.

In Egypt and throughout the sojourn in the desert, G-d's protection came through overt miracles; yet, in the land of Israel, the Jewish people were to live a "natural" existence. B'nai Yisrael, in their infancy, needed G-d's obvious and undeniable presence, so that they (and the Egyptians) could "know G-d". A group of slaves cannot relate to an abstract, distant G-d. Despite the fact that they saw miracles on a daily basis--or perhaps because of it--they were quite fickle in their faith.The miracles of today meant little by tomorrow, and the Jewish people would be unable to develop unless they could wean themselves from the miraculous. True faith can only exist when G-d is hidden behind the veil of nature, history, or tragedy. And nation-building can occur only when the people carry out the work themselves, not by relying on others to do it; even, or especially, if it's G-d.

"We are not to rely on miracles". Instead of manna from heaven and water from a rock, they would have to work the land and wait (and pray) for rain. Their clothes would wear out, and they would need to wear shoes (see 8:4). They would have to find their own way, without clouds of glory leading them. Moshe assures the Jewish people they have little to fear. Yet, as he says over and over again, this divine protection is contingent on the behaviour of the Jewish people. "Lest the sin cause [a negation of G-d's assurances]" is something that worried Yaakov Avinu, and must surely worry all of his descendants.

G-d is ready to protect us, albeit in a different fashion: one that will allow those who do not want to see the hand of G-d in history to do just that. The Torah tells us that conquering the land will take time (it actually took 21 years). "You will not be able to destroy them quickly, lest the wild animals overcome you". Surely G-d could have (as He did in the desert!) protected the people from wild animals as they quickly gained possession of the land. Yet such miracles would be "unnatural". This would not have been in the best interest of the people, who needed to discern G-d through "hidden miracles". The land of Israel was the land where the Jewish people would see the miraculous, despite its natural look. Or, to quote David ben Gurion, "In Israel, in order to be a realist, you must believe in miracles" (CBS Interview, October 1956).

Regardless of whether or not it would cause a sudden infestation of wild animals, it was important that the conquering of the land not come too easily. Only the things that require effort have meaning and permanence. "Three gifts G-d gave the Jewish people, and they all are only acquired through pain: Torah, the land of Israel and the world to come" (Brachot 5a). Building up the land is a monumental one, which we (thankfully) see being done successfully, before our very eyes. It has required much effort, and "according to the effort is the reward".

Twice a day, we accept the "yoke of commandments" as we recite the Shema. As a result of such acceptance, "You and your children will long endure on the land that G-d promised to your ancestors".

I want to thank Joe Zeifman whose question to me this week inspired the above words.