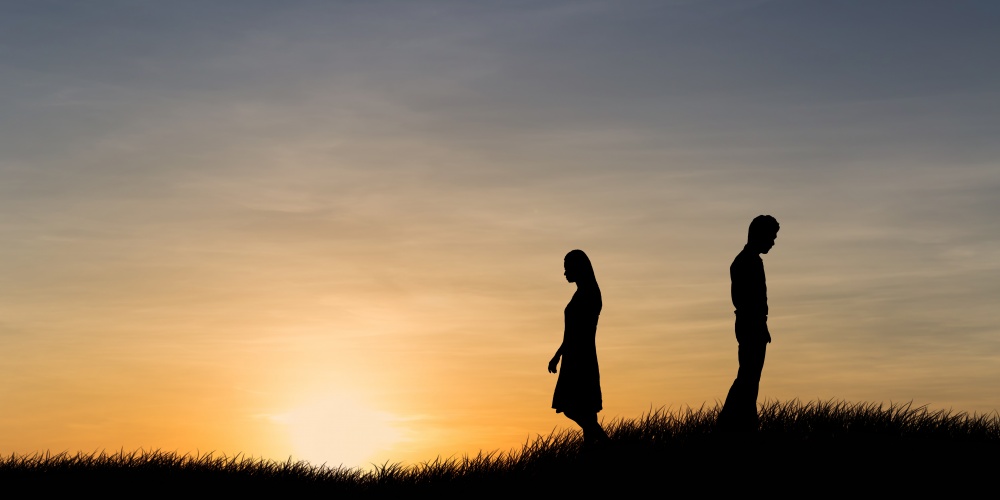 The Torah devotes sixty-seven verses to the story of finding the proper mate for Yitzchak. There is no more important decision in life than that of whom - or whom not - to marry. The Torah not only tells the story of the servant of Avraham finding a suitable mate to carry on the legacy of Avraham and Sarah, it repeats the entire story, with subtle but significant differences, of the “courtship” of Rivka. The Torah even spends an additional verse telling us that the story was told a third time when the servant returned from his mission and “told Isaac all that had happened” (Breisheet 25:66).

Yet despite the best of efforts it appears that the mission of Abraham's servant was not a total success. The marriage of Yitzchak and Rivka, despite their love for each other - “Yitzchak was enjoying himself with his wife Rivka” (Breisheet 26:8) - had its share of problems. There were major disputes regarding the children, with each parent favouring a different child, and there seemed to be little communication between the two. There is only one conversation between them recorded in the Torah; “Rivka said to Yitzchak, I am disgusted with life because of those Hittite women. If Yaakov marries such a Hittite girl from the daughters of this land why should I go on living?” (Breisheet 26:46) Their communication certainly did not compare to that of Avraham and Sarah.

“And Rivka looked up and saw Isaac and she fell from the camel… she took her veil and she covered herself” (Breisheet 25:64-65). Rivka was full of fear. She had travelled hundreds of miles to a foreign land to marry a man she had never met and sees him from afar “meditating in the field”. What, she must have wondered, was she doing?

However, the Netziv explains, that this was not the basis of her fear. Rather, she was full of fear and shame as she perceived that she was not worthy to be the wife of Yitzchak. Here was a man who willingly walked with his father to give his life on the altar to G-d. One who had never left the holy land of Israel, who saw the piety of his parents and was perhaps, if we can say so, a little naïve. Rivka, on the other hand, was a much younger girl from a corrupt and morally bankrupt family, well versed in the rough and tumble of the world. I should marry such a tzadik? she wondered. This “inferiority complex” immobilized her and did not allow her to speak up. She could not be a complete ezer knegdo, helpmate"– which includes helping by at times being neged, opposed– constructively opposing the decisions of one’s spouse. Her awe of Yitzchak forced her to connive a complex plan in order to “communicate” that he had been fooled all along by Eisav. While we are obligated to honour and even fear those who walk in the ways of G-d a spousal relationship cannot be built on awe of one’s partner.

This seeming incompatibility is alluded to in the Biblical narrative. “You must go to my native land, to my birthplace and obtain a wife for my son, l’vni, for Yitzchak, l'Yitzchak)" (Breisheet 24:4), Abraham instructed his servant. The Bais Halevi (Rabbi Soloveitchik's great-grandfather) and Rav Shimshon Rapahel Hirsch, amongst others, explain that a Jewish marriage needs two ingredients. It must be l’vni – for my son - a girl who is worthy to be the daughter-in-law of Avraham and Sarah, one who will proudly carry and pass on the torch of Judaism. But a good marriage also needs l’Yitzchak – someone who is compatible with the unique personality of Yitzchak. Two people can be wonderful baalei chesed, masters of kindness, but not suitable for each other. Thus when the servant is explaining his mission to Rivka’s family he tells them that his master made him swear that “you must go to my father’s house to my family and there you shall get a wife for my son, l’vni” (24:37). Noticeably absent is mention of Yitzchak. It appears that Avraham’s servant was eminently successful in finding an appropriate daughter in law for Abraham but less so in finding a wife for Yitzchak.

Whatever issues Rivka and Yitzchak may have had on a personal level, Rivka was a wonderful choice as a Matriarch of the Jewish people. Her outstanding middot form the basis of Jewish life and her insight allowed Yaakov to take his rightful place in history.