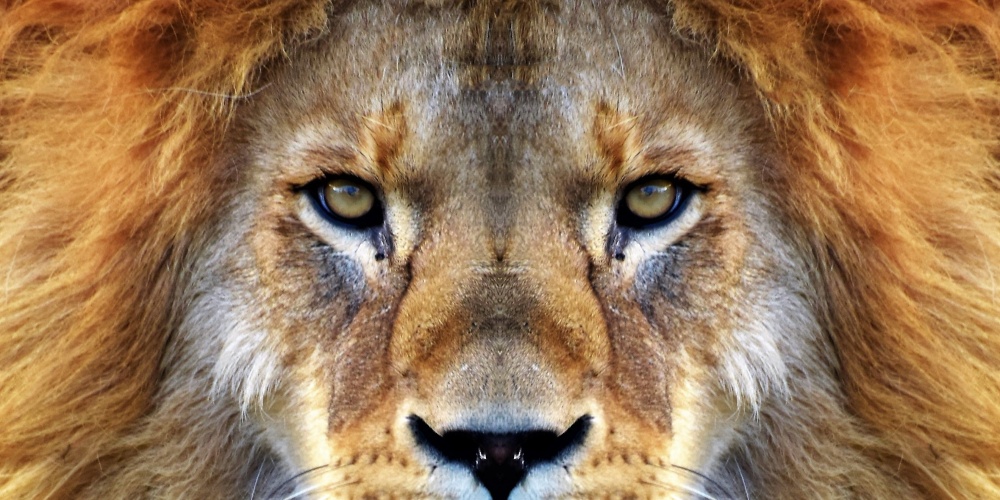 It is for good reason that the lion is the king of the jungle. Powerful, courageous, fearless, and ferocious, lions sit at the top of the food chain. It is no wonder that our Sages urge us to follow in the footsteps of the lion in the service of our Creator. "Awake like a lion to do the will of your father in heaven"; "one should be as brave as a lion". It is the Biblical text itself that invokes the fear of a lion in admonishing us to repent: "a lion has roared who is not afraid" (Amos 3:8).

Throughout history, the Jew has bravely followed this advice, clinging tenaciously to our special way of life despite the many predators who have tried to devour us. It is this inner strength that arouses the enmity of our adversaries; despite their best efforts, the Jewish people are as strong (actually stronger) than ever. "Israel crouches, lies (shachav) like a lion, like an awesome lion; who will dare to rouse him?" (24:9). Bilaam, who uttered these words, was unable to curse the Jewish nation, instead recognizing their moral way of life and enduring power. In actuality, Bilaam is merely echoing the words of Yaakov Avinu, who on his deathbed blessed his son Yehudawith the exact same words (see Breisheet 49:9). The only difference is the substitution of the word ravatz for shachav, a distinction not even noted in many an English translation.

Biblical imagery is most precise. The Netziv, in his commentary on the verse in Breisheet, notes that the lion, unlike other predators, has a measure of respect for (perhaps even fear of) those created in the image of G-d, i.e., human beings. Thus, he notes that when facing "one who carries the image of G-d", a lion will retreat. It is this feature which allows us the possibility of lion tamers, something one rarely, if ever, hears of in the case of bears, cougars and the like.

The lion is all-powerful; thus Yaakov Avinu blessed Judah, the son destined for the monarchy and the wielding of great power over the nation, to rest like a lion. The lion commands respect even-perhaps especially-while resting. All are afraid to arouse him. It is precisely then, when we have no need to utilize our brute power, that we are the strongest. The blessing of the lion is the blessing of self-control, of limiting our power to harm or command others. The true strength of a leader lies in his ability never to abuse the power of control, to direct that power towards the service of G-d. Hundreds of years later, Bilaam understood that the strength of the Jewish people is in their ability to follow the blessings of Yaakov.

The Hebrew language has two words for strength, koach and gevura. Koach refers to physical power; each and every day we bless G-d who is noten layaef koach, who gives strength to the weary. More important, however, is gevurah, spiritual strength, defined as the ability to be kovesh et yitzro, to conquer our inclination. While the Jewish people have demonstrated magnificent levels of gevurah throughout our history, tragically, the winds of history have not allowed us to develop the necessary level of koach.

Bilaam was hired to curse the Jewish people as they approached the land of Israel, as they readied themselves to set up a nation devoted to the ideals of gevurah, sacrifice, restraint, and spiritual strength. The nations of the world tend to respect those who possess koach; ironically, only with koach can a nation's gevurah be made fully manifest.

Bilaam understood that when we are as strong as a lion, no one can harm us. It is when we allow our moral resolve to weaken, when we fail to retreat in face of G-d's image, that we are threatened. Unfortunately, the Jewish people were not listening when Bilaam spoke; instead they were watching the daughters of Moav. May we internalize the words of Bilaam, and be as strong as a lion in our worship of G-d. Shabbat Shalom!