Yom Kippur: a Marriage Made in Heaven 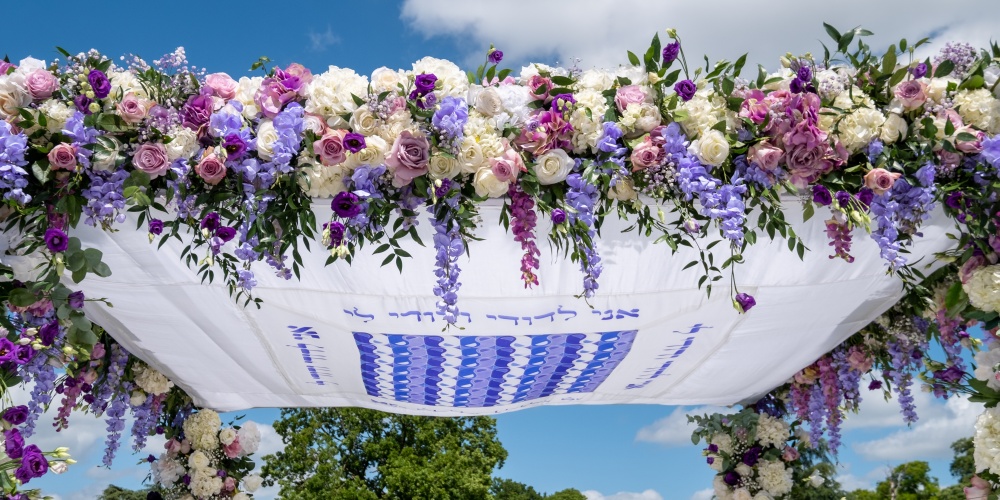 “How majestic was the kohen gadol as he left the Holy of Holies in peace, without injury…like the kindness that is placed on the bridegroom’s face…” (Machzor).

One of the central, if perhaps overlooked, themes of Yom Kippur is that of marriage. This is most clearly seen in the selection of the Torah readings for Yom Kippur afternoon, which details whom we are forbidden to marry. These laws are, not coincidentally, recorded in the Torah almost immediately following the Torah’s description of the special Yom Kippur Temple service which serves as the Torah reading for the morning of Yom Kippur, subtly hinting at the connection between marriage and Yom Kippur.

The opening Mishna of masechet Yoma notes that the kohen gadol was allowed to serve only if he was married. There is even a (rejected) opinion recorded in the Mishna that a “second” wife was prepared for the kohen gadol, a provision that would allow him to function on Yom Kippur in case his wife tragically and suddenly passed away before Yom Kippur[1]. The entrance of the kohen gadol alone into the Holy of Holies, lifni v’lifnin, in the words of the Talmud, is not dissimilar to the notion of yichud, where the bride and groom are alone in an intimate setting as the guests eagerly await the ensuing celebration. “And a Yom Tov would the kohen gadol make for all his loved ones when he left the Holy [of Holies] in peace” (Mishna Yoma 7:4), confident that the relationship of G-d and the Jewish people had been re-established.

It was on Yom Kippur when Moshe’s pleas for forgiveness for the sin of the golden calf were accepted and the Torah was  given to the Jewish people, re-establishing our covenant with G-d. Rabbinic midrashim are replete with the notion that the giving of the Torah represents the marriage of G-d and the Jewish people. And thus, the Mishna (Ta’anit 4:8) notes that Yom Kippur was the happiest day of the year, celebrating the marriage of G-d and His chosen people.

While G-d cares for all of His peoples and the Torah has many universal messages, there is an intimacy between G-d and the Jewish people, a violation of which is tantamount to adultery. Thus, we find the prohibition of teaching certain parts of our Torah to non-Jews, and the prohibition for non-Jews to observe the Shabbat, with Shabbat being a  sign of our special relationship with G-d.

The connection between marriage and Yom Kippur serves as the basis for the custom that a bride and groom fast on their wedding day, their own personal Yom Kippur, and even recite the al chets as they set out to establish their intimate relationship with each other. It is not coincidental that we end Yom Kippur with the plea, “Next year in Jerusalem” and end each wedding with the breaking of the glass as we remind ourselves of the work we must do to help rebuild Jerusalem.

The symmetry between the Divine and human marriage is reflected in the Talmudic minhag (might we consider reviving it today!) that the single men and woman would go to the fields on Yom Kippur afternoons, affording them the opportunity to meet in an atmosphere suffused with holiness and purity.

By developing and nurturing the intimate love between husband and wife, we are able to develop our love towards the Divine creator. This idea is further developed by the Rambam in the last chapter of Hilchot Teshuva, where the Rambam describes the mitzvah to love G-d as if one is “lovesick, whose mind never ceases to think of his love for his beloved woman” (Hilchot Teshuva, 10:3).

As we prepare for the day of the year on which we are most “intimate” with G-d, we do so by repairing our relationship with those created in His Divine image. May we all be sealed for a year of health, meaning, joy, peace, and all good things.

[1] The difference between having a back-up kohen gadol and a back-up wife goes well beyond the statistical probability of the kohen becoming tameh (or dying) and his wife dying. It reflects a deep sensitivity to the emotional well-being of his wife. Knowing there is another woman waiting to take one’s place does little, shall we say, to increase shalom bayit.