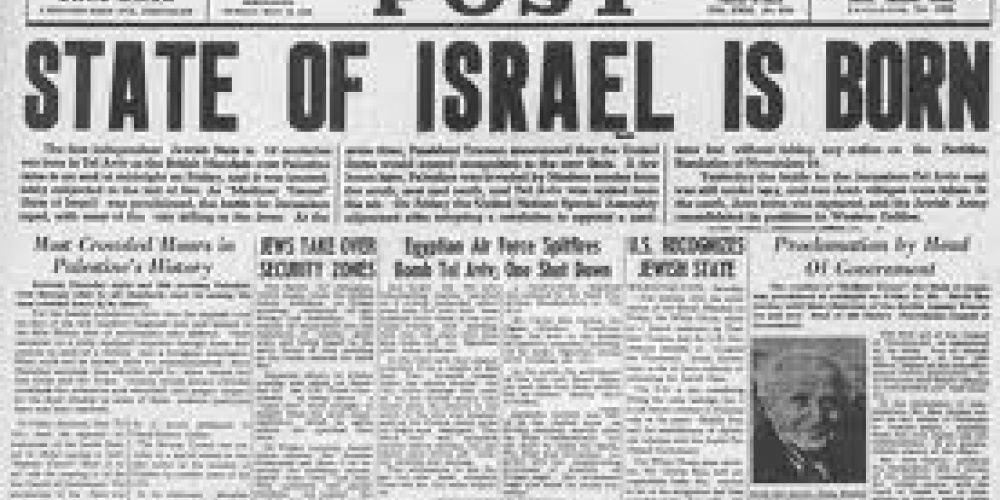 This d'var Torah is dedicated in honour of the participants in Chidon HaTanach, the 50th International Bible Contest taking place on Yom Ha'atzmaut in Jerusalem. Hatzlacha Rabba to all!

"Two verses that contradict each other, until the third verse comes and reconciles them". So reads the 13th and final principle of Rabbi Yishmael's methodology of elucidating the biblical text; ideas so important   that they have been included in our daily prayers.

Our tradition supports and contains a beautiful multiplicity of views, many of which directly contradict each other.  It can be and should be no other way. We dare not try to figure out which view is correct; it is the inherent contradiction between the views that allows us to move forward and chart new territory in the ongoing process of creation.

Contradictions abound in all areas of life. The first aspect of creation, light is the opposite of darkness. Yet light and darkness co-exist during the period of twilight, bein hashmashot. If day represents hope--and night, fear--then there are times when fear and hope operate together.

We often live with conflicting and fluctuating emotions. While our default position should be joy in the presence of G-d ("worship G-d with happiness"), there are times when we (most appropriately) feel sadness. Jewish history has forced upon not only sadness, but also fear and trepidation--along with hope, joy and much more.

The Torah itself recognizes this on our most holy of days, Yom Kippur. The Torah notes that Yom Kippur is to begin on the ninth of Tishrei at night. Our Sages derive from this strange wording (why not just say the tenth?) the rule that we are to start fasting before sunset on the 9th of Tishrei.

Yom Kippur represents two opposing motifs; joy that G-d renewed the covenant with the Jewish people forgiving the Jewish people for the sin of the golden calf, and fear and trepidation as the books of life and death are open before us, soon to be closed. Should we celebrate or beseech G-d? Of course, we do both. We celebrate receiving the Torah anew with a joyous meal on the ninth of Tishrei, and on the tenth of Tishrei, we spend the day in prayer. And our Rabbis equate the mitzvah of feasting with that of fasting. Both of these contradictory aspects of Yom Kippur are crucial.

This idea repeats itself hundreds of years later, during the time of Esther. Before celebrating our salvation, we fast on the eve of Purim to commemorate the fear and terror as our enemies tried to kill us all.

Today, we have a third example. For the first time in 19 years, I am spending Yom HaZikaron and Yom Ha'atzmaut in Israel. They are--at least from a national perspective--the saddest and happiest days of the year. The moods could not be more different. We feel sadness and grief as we mourn the 23,320 people who have lost their lives al kiddush HaShem, enabling Jews around the world to live with greater security. Following the example of Aaron, who remained silent in the face of the deaths of his sons Nadav and Avihu, the country came to a standstill this morning at 11:00 a.m.

How much suffering must the Jewish people endure? When will the hatred, the incitement, the threats, the missiles end? When will we see the fulfillment of the words of Isaiah, that "nation shall not lift up sword against nation, nor shall men learn war anymore?"

Yet, in the blink of an eye, the mood changes. We dress in Yom Tov clothes as we daven a special tefillah to celebrate the greatest miracle of the last 2,000 years. A nation returns to its land to build a thriving country--a country that leads the world in so many fields! The idealism of so many in this country is a beauty to see. We are witness to the fulfilment of so many prophecies. Walking in the streets of Jerusalem, there is so much good to see and so much hope for the future.

Yom HaZikaron and Yom Ha'atzmaut may be polar opposites, yet they are both essential to the Jewish people. We live in an era of bein hashmashot, where sadness and joy coexist. Yet, one of the striking features of Israel (especially for someone who lives quite a distance north of the equator) is that the period of twilight here is very short. We have survived and thrived because we are quickly able to move on, despite the obstacles put in our way. The Central Bureau of Statistics reported yesterday that the population of Israel has reached 8,000,000 (with approximately 6 million of them Jews). Had anyone predicted such at the first Zionist Congress in 1897--or in Auschwitz in 1945--they would have rightfully been branded insane.

This is not a perfect country. Unless G-d were its only inhabitant (and His presence is much easier to feel here), it could not be otherwise. But it is more perfect than any other on earth. For many people, 65 is the age of retirement. But the State of Israel, is just at the beginning of an exciting journey. Likely, it will have twists and turns--but working together, we can continue to fulfill our mission of being a light unto the nations.