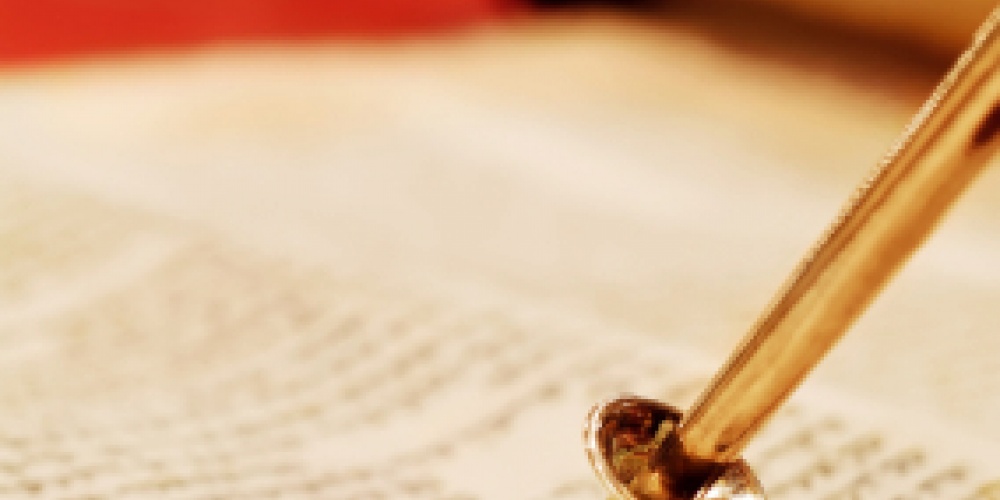 When making reference to biblical verses, we tend to identify them by chapter and verse. This most convenient system is of non-Jewish origin and occasionally deviates from the division of texts as understood by our Sages.

While one might be tempted to say that a more traditional approach would divide the text according to parshat hashavua, the weekly Torah reading cycle, that, too, is of later origin. Our division into 54 parshiot was only finalized in the middle ages, hundreds of years after the close of the Talmudic period.

The Torah does divide itself into sections, though; some are no longer than a verse, and some span many chapters. These parsha breaks are denoted by empty space in the Torah scroll, and a Torah written without these spaces is invalidated. Form—not just content—is important.

Rashi, in the opening verse of parshat Vayikra, explains that these breaks were to indicate the places that Moshe would pause, in order to review and reflect on the material he had been taught by G-d. If Moshe needed this opportunity, how much more must we review and reflect at the end of each unit?

While these parsha breaks appear throughout the Torah, Rashi notes their significance only at the beginning of the third book of the Bible. Apparently, review and reflection is more integral to Sefer Vayikra that to Breisheet or Shemot.

Perhaps one could argue that the laws in Vaykira—and there are more laws in Sefer Vayikra than any other of the books of the Torah—require more effort to properly understand their meaning. The laws of sacrifices, purity, skin lesions, and the like are subjects one tends to gloss over; and thus, the emphasis on the need for review and reflection here.

One might also argue that Sefer Vayikra, which contains “the majority of the essence of Torah” (Rashi, 19:2), is the one needing the most reflection. Such principles as not to bear a grudge, to treat workers fairly, not to gossip, to be holy, and to love others are more than mere platitudes that we all accept. We must stop and reflect on how we are going to love those with whom we disagree? What does it mean to be holy? How do we balance the profit motive and the fair treatment of employees? When should we not forgive and forget? These questions require long pauses, much reflection and great wisdom.

Nonetheless, Rashi’s comment is made in the context of korbanot, sacrifices. Korbanot, more than any other area of Judaism, are dependent on one’s thoughts. While concentration and focus is the ideal for all mitzvoth, it is generally just that, an ideal. If one eats matzah without reflecting on the Exodus or wears tzizit without being cognizant of its meaning, the mitzvah is still fulfilled.

Yet in the area of korbanot, many seemingly innocuous thoughts invalidate the korban. Just thinking that one may eat the meat after the day or two that is allotted for consumption may make one be liable for the penalty of karet, heavenly excision, reserved for such sins as eating on Yom Kippur or sexual immorality. Surely, a sin offering is less than worthless if one has no intention of repentance! The hypocrisy of going through the motions of coming close to G-d, of offering sacrifices without really doing so is not tolerated.

The first Mishna in masechet Zevachim teaches that sacrifices must be slaughtered for their intended purpose. Yet if one has in mind a different sacrifice than the one he is actually offering, the offering remains valid. It is enough have in mind that we are in the presence of G-d. This is true for all sacrifices save two; a sin offering and the korban pesach, the paschal lamb.

One can only hope to fully repent if knows exactly why one is bringing a sin offering. It is not enough to beg for forgiveness; one must have in mind the need—and a method—for doing better the next time around.

Pesach marks the beginning of Jewish nationhood and is the most opportune time for inspiring our children to a meaningful Jewish life. We must think long and hard about how we are going to serve the Jewish people, and in what ways and with what messages we will raise our children. We must on a regular basis stop, review our progress as we seek to fulfill the purpose of the sacrifice, of coming closer to G-d.