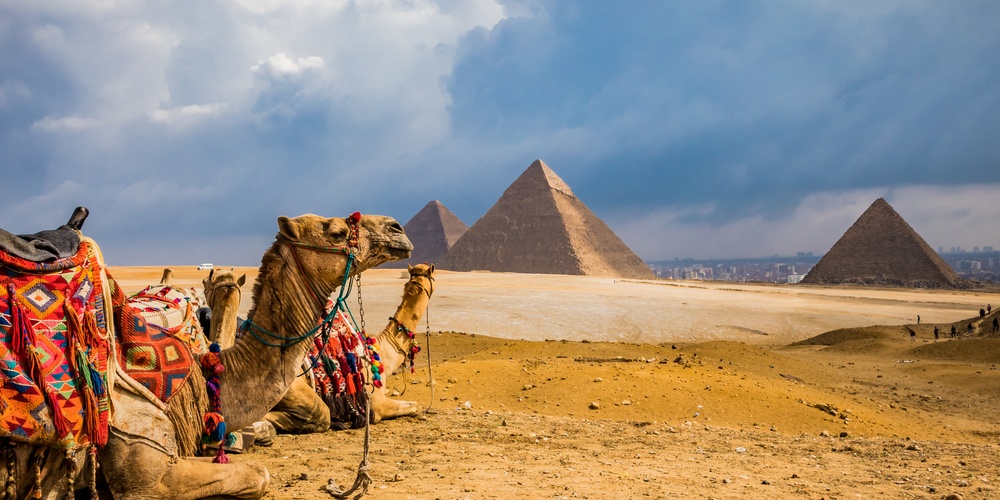 After twenty-two difficult years, Yaakov was informed that his beloved son Yosef was the Viceroy of Egypt. Overcome with joy and disbelief, Yaakov hurried to travel to Egypt to be reunited with his long-lost son. Surely Yaakov could not have been happier.

Yet as Yaakov approached the Egyptian border, G-d appeared to Yaakov, telling him "Do not be afraid to go down to Egypt” (Breisheet 46:3). Outwardly, Yaakov likely radiated joy, but G-d alone knew that deep down Yaakov was nervous. Why?

Perhaps Yaakov feared that Yosef’s rise to power in Egypt had dulled his religious sensibilities, that father and son would be unable to reestablish their special relationship, that the Yosef he had missed so dearly was gone forever. He might reunite physically, but would there be a spiritual reunion as well?

Our commentaries saw a greater historical reason for his fear. Yaakov was afraid that the temporary trip to Egypt to get some food would turn into much more than a short sojourn. Yaakov instinctively knew that his descent to Egypt would mark the beginning of the slavery that awaited his descendants, as foretold by G-d to his grandfather Abraham. The long history of the persecution of the Jewish people was about to begin.

The fear of future assimilation also haunted him. Would his descendants be able to resist the fleshpots of Egypt? Would slavery and assimilation combine to mark the end of the heritage begun by his grandparents Abraham and Sarah? It is for this reason that G-d appeared to Yaakov at "night"; night represents darkness and uncertainty. Tellingly, Yaakov is referred to by the name Yaakov and not Yisrael, even though "your name will no longer be Jacob but rather Israel" (Breisheet 35:10). The name Yaakov means a heel, symbolizing that we will be stepped and trampled upon. It is our name in exile.

It is Yaakov who descended to Egypt at night but B’nei Yisroel (literally, “Yisroel” means “prince of G-d”) who leave Egypt "in the middle of the day".

The descent into Egypt was no doubt doubly hard for Yaakov, whose own father Yitzchak had spent his entire life in the land of Israel, not leaving even during times of famine. G-d therefore had to reassure Yaakov not to fear: "I will go to Egypt with you and I will also bring you back" (Breisheet 46:4). Do not worry, Yaakov, the exile to Egypt is just temporary and the Jewish people will be stronger for it. The shared experience of hardship and slavery will strengthen them and unite them as a people. Only through their own suffering will they be able to fully develop their sensitivity to the pain and suffering of others.

Upon arriving at Beer Sheva on his way to Egypt, Yaakov "offered sacrifices to the G-d of his father Isaac" (46:1). While Yaakov was following in the footsteps of Abraham, who years earlier was forced to leave Israel for Egypt in search of food, it was Yitzchak whom he invoked as he left for Egypt.

Abraham was a philosopher; questioning, searching and concluding that there must be a G-d who created this world, a G-d he was not afraid to question. He was an activist who was never happy with the status quo. He was willing to leave his family and move to a foreign land. His goal was to revolutionize the world, preaching and teaching monotheism wherever he could. His fearlessness was exhibited to all as he charged into battle to rescue his nephew Lot.

Yitzchak, on the other hand, was a man of "simple, pure faith", not questioning his father even when he was about to offer him as a sacrifice. He was passive, always being acted upon. In his limited actions, he faithfully copied the approach of his father. Never having left the land of Israel, he was less worldly. Whereas the father was a great innovator, the son was a consolidator.

Yaakov was teaching us that in exile we must adopt the approach of Yitzchak. For much of our history exile has equalled suffering and hardship. Like Yitzchak, we must not question too much, having a pure faith as we accept, even if we don’t understand, whatever G-d sends our way. It is not for us to philosophize on the reasons for anti-Semitism; it is a defining character trait of exile. As long as we are in exile we must not be overly assertive, recognizing that we are not at home. The boldness of Abraham is reserved for the setting of our national policies when we return to our land. Rav Soloveitchik explains that one of the miracles of the founding of the State of Israel is that the passive, meek Jew of the exile has been replaced by the proud, courageous Jew.

Now, after a long exile, we have returned to our ancestral homeland. Let us use our newfound courage to carry out the historic mission of the Jewish people.