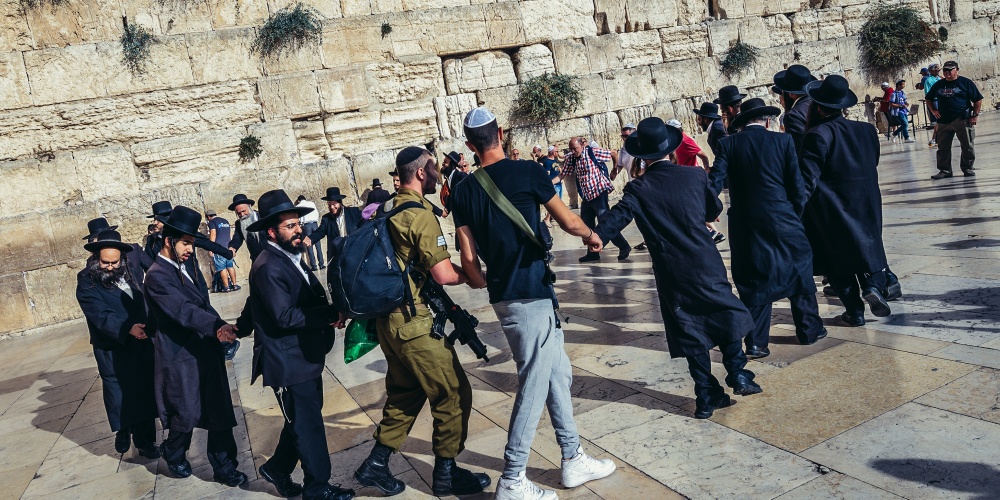 Hugs, kisses, joy and forgiveness. So appears the reunion of Yosef and his family after twenty-two long years. “Don’t be sad nor reproach yourselves for having sold me here, G-d had sent me ahead of you to insure your survival in the land” (Breisheet 45:5). It sounds almost as if Yosef is thanking the brothers for having sold him into slavery. In fact, Yosef continues, “it was not you who sent me here, but G-d” (Breisheet 45:8). Hey, guys, you actually did a mitzvah in your dealings with me. With such feelings of gratitude, no wonder Yosef says, “Come down to me, do not delay; you will reside in the land of Goshen, and you will be near to me—you, your children, your grandchildren”. And there would soon be an emotional reunion of father and son. “Hurry! Go to my father, and say to him…’Come down to me’”. Not surprisingly, Yaakov’s first words on hearing that his beloved son was alive were, “How great! My son Yosef still lives; I shall go down and see him before I die” (Breisheet 45:28).

Yet despite the warm wishes and good intentions, it is not so easy to forget the painful past. A close examination of the Biblical text reveals that all was neither forgotten nor forgiven. “It is me who you sold into Egypt”: Your sale has led to a long, bitter exile. Your actions set off a chain of events leading to slavery, persecution and even death. Seventy souls may have come down to Egypt, but the Jewish people would not leave until they numbered in the hundreds of thousands, many years later. Tellingly, while Yosef is telling the brothers not to fret over what happened, the brothers remain silent. Only after Yosef has spoken for well over 150 words are we told, “his brothers conversed with him”. What they said is conspicuously absent. While they may have been in shock, surely they could have said something worthy of mention. Yaakov, whose shock was much greater, managed to speak. Could this be the silence of indifference?

An analysis of the aftermath of the death of Yaakov is quite instructive. “And Yosef’s brothers saw that their father was dead, and they said: ‘Perhaps Yosef will nurse hatred against us, and he will surely repay us all that evil that we did to him’” (Breisheet 50:15). Mistrust abounds. How sad! No wonder we are told, “Yosef wept when they spoke to him”. And it was not just the brothers who could not display warm family feelings. How much time did Yosef spend with his brothers? Very little, if one examines the Biblical text. Did he not ensure that they settled far from the capital, far away from Yosef and his family? His goal seems to have been that they would remain strangers in the land. “You are to say, ‘your servants have been cattleman’… so that you may be able to settle on the region of Goshen, since all shepherds are abhorrent to the Egyptians” (Breisheet 46:34). Was this the path Yosef chose for himself? Did he not acculturate quite successfully to the Egyptian milieu?

Not only with his brothers was there estrangement. What relationship did Yosef establish with his father? Is there any contact during the seventeen years that Yaakov and Joseph lived together in Egypt? Could it be they saw each other so infrequently that not once, but twice, Yosef had to be called and told that his father was on his deathbed? “Behold, your father is ill” (Breisheet 48:1). Why did Yaakov not trust Yosef when he promised not to bury him in Egypt? Was it really necessary to make him take an oath?

Life is such that, despite our best efforts, the past cannot just be undone. Yosef, who left home at the age of seventeen and rose to the top of the most powerful nation in the world, no longer speaks the same language. “They did not know that Yosef understood, for an interpreter was between them” (Breisheet 42:23). The innocence of youth, the closeness of father and son, the familial bond were lost forever. They had truly gone their separate ways. The long exile was beginning.