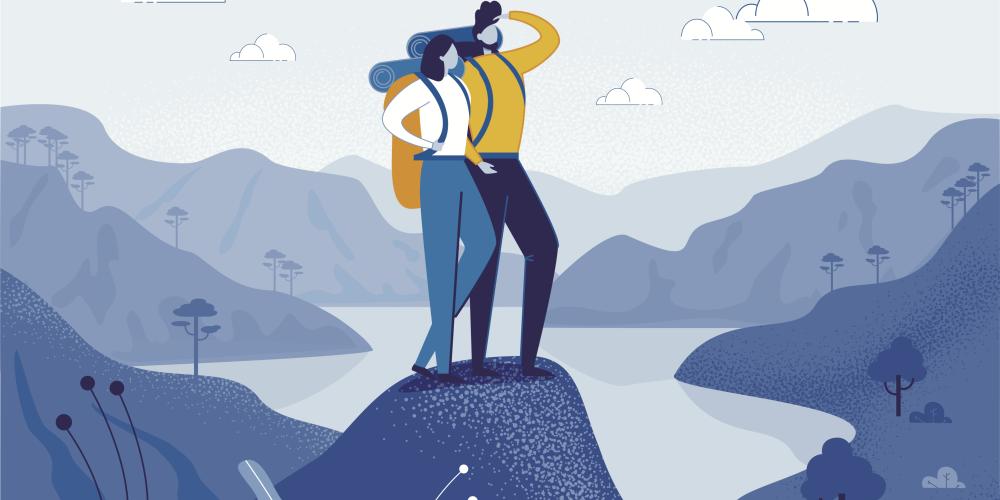 Since the time of Yosef, infighting has been the Achilles heel of the Jewish people, causing untold pain, suffering and national calamity. So much of our collective energies are wasted on disagreements with others; many of them are so trivial when viewed from the perspective of history.

The schisms of the 19th century, caused to a large extent by such topics as sermons in the vernacular or the placement of the bimah in a shul, are being felt today in ways that many are not even aware of. Our Talmudic Sages understood that the long exile of the Jewish people was due to having learned little from the factionalism of the second temple period, noting that the state of exile will exist as long as Jews still manifest lack of concern and hatred for others.

Yet the possibility for reconciliation—and hence, redemption—are staring us in the face.

It is no doubt difficult to recover from throwing a brother into a pit, both for the victim and for the perpetrators. Yet somehow, Yosef’s brothers managed to do just that. True, reconciliation may not have been complete; after some initial kisses, there is little evidence that the brothers had much to do with each other, both while Yaakov was alive and after his death. After all that happened, how could it be otherwise? Yet all the children of Yaakov are part of the Jewish people, evidence enough that, despite whatever faults the brothers had, none was worthy of rejection. This was the first—and probably the last—generation where this was so. It is at this point that the band of individuals transforms into a nation. A nation with many unresolved issues, but a nation nonetheless.

When Yosef finally reveals himself, there is no assigning blame or even any kind of discussion about what happened. Yosef took the high road and looked forward, instructing the brothers what they were to do - go home in royal fashion, get Daddy, and return to Egypt so that I can take care of you and resettle you. What is all the more remarkable is that Yosef interpreted the past—you might call it revisionist history—as something positive. What you guys did by selling me to Egypt was actually for the best—a statement hard to understand morally, but one that goes very far in building the future. While for most, ignoring the past is not feasible or even healthy, Yosef is Yosef HaTzadik, the righteous one, demonstrating tremendous character in knowing when to let go.

Yet we, as a people, have failed to live up to Yosef’s example. The Talmudic rabbis, having witnessed firsthand the terrible effect of infighting, had an additional reading of the text. This is expressed most vividly when they comment on the meeting of Joseph and Binyamin, a meeting that was 22 years in the making. The Torah poignantly notes that Yosef and Binyamin cried on each other’s shoulders (Breisheet 45:14). Our Sages note that Yosef was crying for the future destruction of both Temples, which were situated in the ancestral portion of the tribe of Binyamin; and Binyamin was crying over the destruction of the tabernacle in Shilo, located in the ancestral portion of Yosef’s descendants. From the perspective of history, even as the brothers were hugging each other, our Sages understood that these were more than tears of joy and released emotion. They were the tears of the Jewish people feeling the loss of the essence of Judaism: to love our neighbour as ourselves.

Yet while this rabbinic interpretation is most depressing, it is up to us to determine the true nature of the brothers’ tears. Are they the tears of bitter exile and suffering, or are they the tears of genuine reconciliation? Can we know when and how to forget the injustices of the past to focus on what lies ahead? The future of the Jewish people awaits our response.