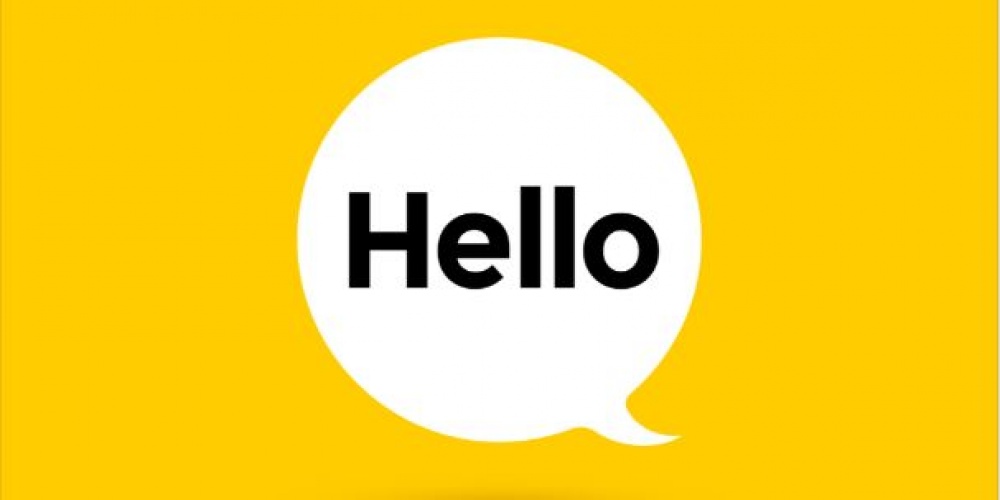 Judaism places great emphasis on the proper greeting of people. The Talmudic term for a greeting, a sheilat shalom, invokes a reference to G-d, peace being one of the attributes of G-d. It is thus forbidden to greet people in the bathhouse or bathroom, such places being inappropriate for the mentioning of G-d's name. Greetings denote warmth and joy and are thus inappropriate in a house of mourning or on Tisha B’Av.

The key rabbinic figure of Tisha B'Av, Rav Yochanan ben Zackai, is praised as always being the first to greet people (Brachot 17a). The importance of greeting our fellow man is demonstrated by the Talmudic ruling that one may interrupt the recitation of the shema, in which we accept the yoke of heaven, in order to greet someone. This law was first exemplified by Avraham Avinu who, while being visited by G-d, told G-d to hold on while he went to greet those whom he thought were three idolaters.

It appears quite clear, however, that a perfunctory “hello, how are you” is far removed from the essence of a greeting. A sheilat shalom means putting time, effort and energy into making the other person feel important. The halacha does allow, at least in some situations, for perfunctory greetings on Tisha B’Av (Orach Chaim 554:20), as they do not interfere with the process of mourning and reflect basic human decency. But there is little logic in refraining from saying hello to people, yet spending ten minutes schmoozing with them after kinnot. If one can schmooze one can surely say hello.

Greetings are the foundation stone of personal relationships and social interactions. Thus, a mourner is absolved from this responsibility. Caught up, as he should be, in his personal grief, he has little energy left to properly interact with people and to demand of him this effort would be disrespectful to his loss.

Modern man has lost the art of greeting people. Identified by a social insurance number, the human side of people often gets lost; and with technological advancements, it has become all too common to lose the personal touch. The internet, email and social media have only exacerbated the situation many folds. Many of us use email not to increase our human contacts but as a way to avoid actually interacting with people. While all these technical innovations are most wonderful, we must ensure that we do, at least occasionally, maintain the personal touch.

The focusing of our efforts on minor details is a common failing of man. A trivial example would be the proliferation of siyumim, celebrations of the completion of Torah learning, arranged to take place during the nine days, allowing the revelers to partake of meat.

On a more serious note, we tend to focus our religious efforts on ritual, on our relationship with G-d. It is relatively easy to be strict in ritual, especially in today's environment where there is almost nothing standing in the way of keeping Shabbat, kashrut and the like.

Much more difficult and thus much less emphasized are the mitzvoth between man and man. Not bearing a grudge, not gossiping, respecting those whose views differ from ours, walking away from questionable ways to make money—now those are difficult. As any Olympic athlete can attest, the road to gold (or even just marching in the opening ceremonies) requires long, hard hours spent exercising our areas of weakness.

Long before the original Olympics our prophets focused their exhortations on our weaknesses in the areas of social justice, eschewing meaningless ritual. Just reading the haftarah for Shabbat Hazon (Isaiah Chapter 1) is enough to give one the shivers—amongst other things the prophet tells us that G-d actually despises our Shabbat and holidays if our sense of justice is lacking. "Zion will be redeemed through justice and its returnees by righteousness". Let us keep this in mind the next time we have the opportunity to greet somebody.