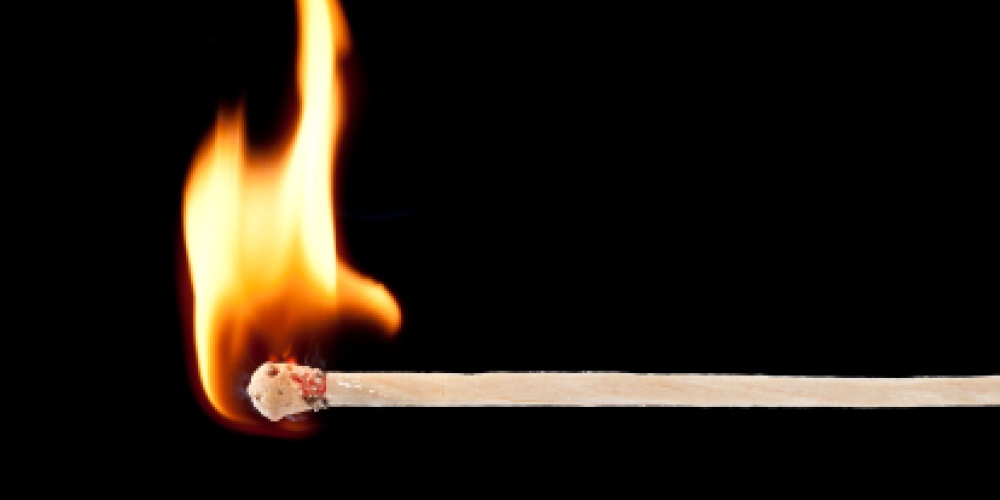 “Do not be afraid of [any] man”. Parshat Devarim, which is always read on the Shabbat before Tisha B’Av, begins with Moshe’s exhortations regarding the establishment of a system of justice. Such a system must operate free from outside influences. When fear enters into the deliberations of those who interpret the law, or into other positions of leadership, society is doomed.

During the last weeks of his life, Moshe Rabbeinu prepares the people to enter the land of Israel and build a model society. Such a society is dependent on an honest and fearless judiciary. While this should be obvious, in the real world it is anything but. Leaders face enormous pressures, and not all of them are capable of withstanding it. Principal often bends or breaks because of the fear of man. This is not a new problem, nor one that affects only those unworthy of leadership in the first place. The Talmud posits that it was the “humility” of Rav Zecharia ben Avkulas that “destroyed our home, burned our courtyard and exiled us from our land” (Gittin 56a). Rav Zecharia was so afraid of what others would say that he failed to stop Bar-Kamtza’s plot to slander the Jews to the Romans. “They will say blemished animals can be sacrificed on the altar,” Rav Zecharia claimed, “they will say one who places a blemish on an animal shall be killed”; thus allowing Bar-Kamtza to continue on his merry way. Rav Zecharia was afraid of what people might say, lacking the backbone to do what had to be done. He falsely humbled himself, fearful to take a controversial stand. Of course, the ultimate fallout was much worse. When one is fearful of what others will say, it is difficult to have a long-term view.

Strikingly, the Talmud (Berachot 3a) states that, three times a day, a heavenly voice laments, “Woe to My children, that due to their sins, I destroyed My Home, burned My courtyard, and exiled them amongst the nations.” Man’s actions, or inactions, impact on the heavens for a long, long time.

Standing up for one’s beliefs can be costly, especially when one disagrees with the majority of one’s colleagues. In an astounding passage, the Mishna (Edoyot 5:6) notes that Akavia ben Mehalallel (living at the end of the Temple period) disagreed with the majority of his colleagues in four relatively obscure cases having to do with the laws of purity and impurity. His colleagues informed him that if he would only retract his views, they would appoint him the Av Beit Din, the head of the High Court. They felt it important that the leader hold views in agreement with the majority. Akavia was incredulous that such a request was made, declaring, “Better that I shall be called a fool my entire life than to do evil before G-d for even one hour.” A leader who cannot express his true views will have little lasting impact, and even less moral authority. It is no wonder that the same Akavia ben Mehalallel declared in Pirkei Avot that, to avoid the clutches of sin, one must recognize before whom one will have to give an accounting—before the King of Kings.

Rav Yochanan ben Zachai is the rabbinic figure most associated with the post-destruction period. He established a series of enactments to help the Jewish people cope with the changed reality; most famously and importantly, he negotiated with the Romans so that the academy in Yavneh could be established. On his deathbed, when his students gathered asking for a blessing, he responded, “May it be thy will that you fear heaven as much as you fear man” (Brachot 28b). Rav Yochanan ben Zachai was talking to the future leaders of the Jewish people, the greatest of tanaim, the authors of the Mishna, who set for all time the parameters of Jewish law. Yet for such greats as Rabbi Eliezer, Rabbi Yehoshua, Rav Yossi, Rav Shimon and Rabbi Elazar, this was the message they needed to hear. When his disappointed students asked if that was all, he simply responded, “If only.” If only our leaders could fear heaven as much as they fear man! Rav Yochanan ben Zachai saw, firsthand, the result of a society where fear of others replaces fear of G-d.

A Jew must never fear man. But a Jew must always stand in awe of G-d.