The Charm of Chalkis 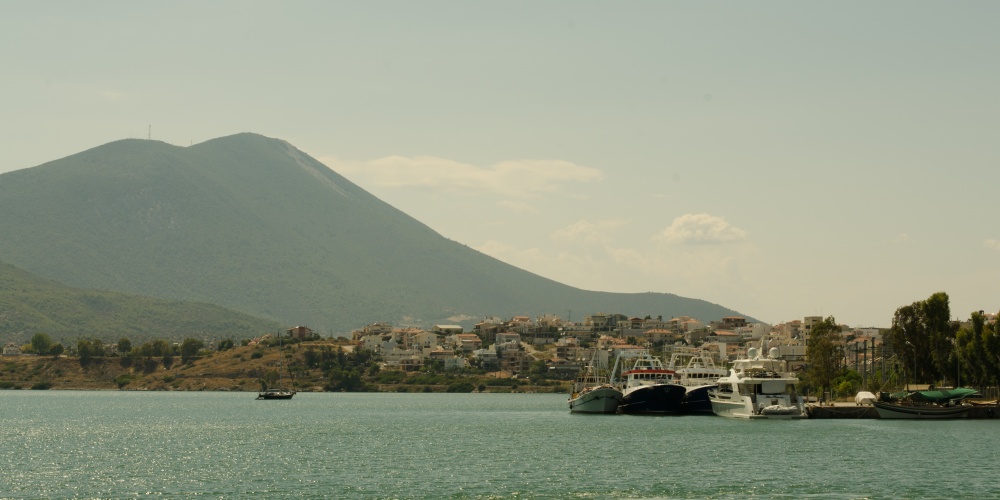 Something that one might be fairly certain will never appear in a shul, no matter where it is or what the denomination, is a cross. Well, almost nowhere. Visitors to the shul in Chalkis—on the beautiful (there are few other words that so accurately describe much of Greece) island of Evio—can see not one, but two crosses on the walls of the shul.

Like one would find at many shuls, there is a plaque honouring the major donors to the shul. At the top of the plaque, one finds a member of the Rothschild family. As one continues to read, one comes upon the names of Archbishop Damaskinos of Athens and Archbishop Grigorios of Chalkis, both of whom contributed to the refurbishing of the shul in 1912. And beside each of their names is a small cross, something I imagine exists in no other shul in the world.

As the community of Chalkis shul did not have a rabbi in 1912, I imagine there was no halachic discussion about the appropriateness of the above[1]. But sometimes what might be questionable at the time gets a definitive answer later—and at times, many years later.

Both of these bishops were instrumental in saving Jews during the Holocaust, urging and helping their community members to do the same. In Chalkis, 305 out of 327 Jews were saved. The bishop hid many of the synagogue objects in his church for the duration of the war. In Athens, it was the archbishop who warned the community not to cooperate with the Nazis and helped arrange for the Jews of Athens to flee to places of safety. He publicly condemned Hitler and instructed his priests to do the same. And it worked; most of the Jews of Athens were saved. Is it possible that had the community refused to properly acknowledge their gifts, they may have been less willing to risk their lives to save Jews?

The community of Chalkis may be unknown to many, but it is very likely the oldest Jewish community in Europe, dating back some 2,500 years—possibly even to 586 BCE. And Jews have lived here in uninterrupted peace through all these years.

Today, the community numbers some 60 people. Despite its small size and lack of much Jewish infrastructure, there is a minyan (with women in the balcony[2]) every Friday night, followed by a communal meal. The siddurim have all been transliterated into Greek so that those who cannot read Hebrew—the majority of the community—can still follow the davening[3].

Chalkis is not the only small community with a functioning shul. The community of Volos numbers less than 100 Jews and here, too, there is a Friday night minyan. Here, too, the Bishop urged the population to help save the Jews, and close to 75% of population was saved. While visiting Volos, we had the remarkable experience of meeting Ephraim Hadjis who had been born there in 1940 and survived with his family in the mountains surrounding the city. Driving by, he had noticed what looked like a Jewish group, and he got out of his car to greet us. He lives in California today, but often comes back to his hometown—something that seems rather common for many of the Jews of Greek origin.

But sadly, these stories of non-Jewish heroism were few and far between. In Salonica, by far the largest Jewish population centre before the war with some 55,000 Jews, the non-Jewish population barely lifted a finger to even attempt to save Jews. Over 90% of the population was murdered.

Many of the few who did survive came back to try and rebuild Jewish life in this once-great city. And today Salonica is the most active Jewish community in Greece (though all is relative). There is a community rabbi and a daily minyan (though people are paid to ensure that there is a minyan), the only place in Greece of which such can be said. It is home to a large community centre, a Jewish museum, and a school. We did not meet the rabbi as he was away at camp, where all the Jewish youth of Greece—some 200 or so—go to spend three weeks each summer in a 24/7 Jewish environment.

[1] While this is not the forum for a halachic discussion of such, we who are blessed to live in democracies with separation of church and state (something even the inventors of democracy, the ancient Greeks, did not have) often forget the importance of showing gratitude to non-Jewish leaders. Halachic authorities went very far in allowing all kinds of practices for the purposes of shalom malchut, promoting good relations with the authorities.

With the 9 days about to start, we would do well to remember that the Gemara puts the immediate cause for the destruction of Temple and the exile on the fact that the rabbis would not allow a sacrifice sent by the Roman governor because it had a small blemish.

[2] As those who have travelled in Europe know, all women’s sections were in balconies. And as we discussed in our reflections from Germany here, this was true even in Reform congregations. The idea of having men and women on the same floor would have been considered a radical innovation, and not one that any were willing to make. It was not until 20th century America that one could find a shul where men and women were seated on the same level.

[3] For most people visiting Chalkis, its fame is due to the tidal phenomenon that takes place in the adjacent channel Evripos, with a swift change of water direction every six hours, created by the Moon’s pull. During each change of direction the water stops moving for about eight minutes (see here).