Some Opening Thoughts on Masechet Taanit 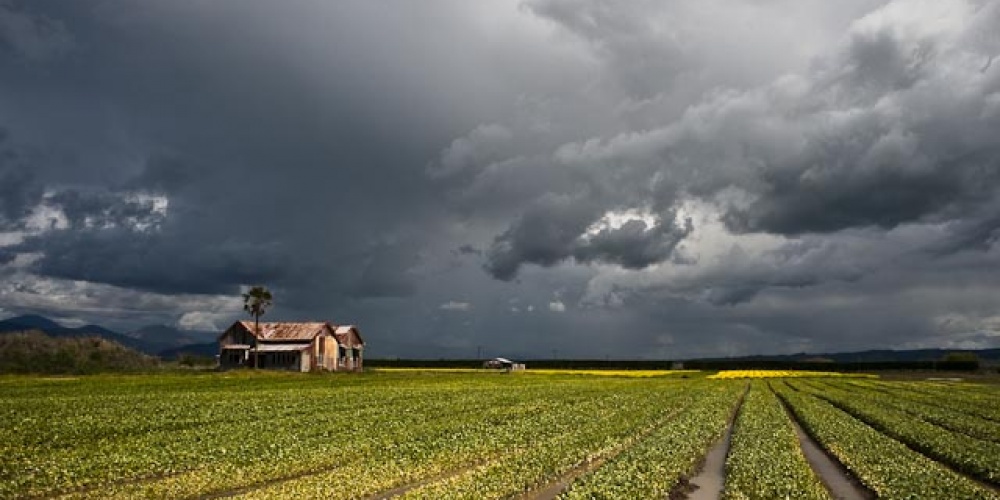 "Memati mazkirin gevurat geshamim, from when do we begin to mention the power of rain?" (Ta'anit 2a). Masechet Ta'anit opens with a discussion of when we are to begin reciting masheev haruach umoreed hageshem and v'ten tal umatar during davening. While most of us think of fast days in the context of either Yom Kippur or the destruction of the Temple, Masechet Ta'anit, the tractate of fasting, deals primarily with fasts due to lack of rain. In fact, of the 34 mishnayot in the masechet, a grand total of two deal with the fast days with which we are all familiar. And of these days, the only ones actually mentioned are the 17th of Tammuz and the Tisha B'Av.The only mention of Yom Kippur is to tell us that "Rabban Shimon ben Gamliel said: There were no greater days of joy for the Jewish people like the 15th of Av and like Yom Hakippurim"  (Mishnah 4:8).  And Asara B'Tevet and Tzom Gedaliah are nowhere to be found (Ta'anit Esther is a post-Talmudic custom).

"For the land that you are coming to possess is not as the land of Egypt that you left, where you plant your seed and water it with your foot just like a vegetable garden. But the land which you are crossing to inherit is a land of hills and valleys; according to rain from the heaven you shall have water to drink" (Devarim 11:10-11). The Land of Israel is a special land, and our sustenance there does not come naturally. While that would make life easier, it would also make it less meaningful. As it was considered a curse for the snake to have food wherever he may slither, to have all our needs taken care of regardless of our actions does not allow us to appreciate the blessings we receive. Lack of rain was thus both a physical threat to the people and a spiritual one—the lack of rain indicating G-d's displeasure with the actions of the Jewish people.

Our Sages developed an elaborate system of response if the first rains had not arrived by the 17th day of Cheshvan. It began with the leaders of the community fasting on a Monday, Thursday, and Monday. If no rains arrived by the 3rd of Kislev, then the entire community would fast three times, and then three more if necessary. These latter three fasts would begin at night and the extra prohibitions—bathing, anointing, wearing shoes, and "use of the bed"—observed on Tisha B'Av would also apply. In addition, no work was allowed to be done. That was followed by seven more fast days, which were to be public gatherings of prayer and repentance. The Torah was brought to the public square, the shofar was sounded, and six blessings were added to the Shomeneh Esrei—parts of which have been incorporated into our selichot service. Words of inspiration were to be offered as, "the eldest amongst them would address them with words of admonition: My brethren, it does not say by the people of Nineveh that G-d saw their sackcloth and their fasting; rather, 'G-d saw their actions that they returned from their bad path'; and in the Prophets, it says 'Tear your hearts, not your clothes'". If this did not bring the rain, "limits would be placed on doing business, on building and planting, on betrothal and marriage, and on social greetings of friends, like people under Divine displeasure" (Mishna 2:1).

Our outer response to the lack of rain was fasting, but that was meant as a means to what really mattered, societal improvement--which our prophets understood as ridding ourselves of corruption, ensuring integrity in all we do, and treating the disadvantaged of society with great dignity.

In the third chapter, the focus shifts to fast days that were declared in response to other potential or actual dangers; i.e., earthquakes, plagues, food-destroying locusts, wild animals on the loose. The fourth and final chapter of the masechet details the ma'amadot, the division of the Jewish people into 24 groups, paralleling the 24 mishmarot among which the kohanim were divided[1]. Each week, the people of the particular ma'amad would spend the week in prayer, fasting from Monday to Thursday, gathering in their shuls to read the Creation story—the existence of the world being linked to service of G-d. While the kohanim carried out the actual service, they did so on behalf of the entire nation, and the entire nation had to participate.

The masechet comes to a close describing how on the 15th of Av and on Yom Kippur, "the daughters of Jerusalem would go out in borrowed white clothes in order not to embarrass those who do not have...and the daughters of Jerusalem would go out and dance in the vineyards", hoping to find marriage partners. There is no greater act of repentance than marriage—where one sensitizes oneself to the needs of others 24/7. This is the key to personal and national redemption. Thus, the concluding words of Mishnah: "And on the day that his heart rejoices". While the verse (Shir Hashirim 3:11) refers to the joy of the marriage day, our Sages added a parallel layer of meaning to the verse: "This is the building of the Temple, may it be rebuilt speedily in our days, amen".

[1] The kohanim worked in the Temple once every six months or so, spending the remainder of their time teaching Torah.