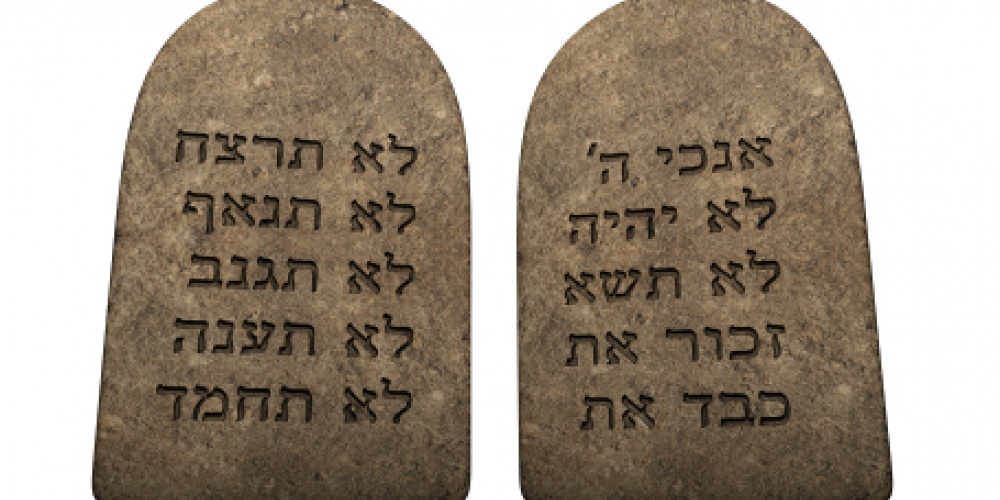 Our attitude towards Torah is a most fickle one. On the one hand, the Jewish people demonstrated great faith in following Moshe into a barren desert and it is this we recount as we plead for G-d's mercy on Rosh Hashanah. On the other hand, these same people complained at every turn in that same desert. We jumped at the opportunity to accept the Torah, instinctively declaring "na'aseh v'nishma"—yet 40 days later, we were dancing around a golden calf.

Truth be told, our acceptance of Torah reflected two opposing motifs. "'And they encamped under the mountain' (Shemot 19:17): This teaches that G-d held the mountain over their heads and declared, if you accept it, good; if not, there will be your burial place" (Shabbat 88a). Apparently, they had second thoughts as the moment of revelation was truly approaching.

This change of heart is how many explain the contradiction between na'aseh v'nishma (see Shemot 24:7) on the one hand, and our forced acceptance of the Torah on the other. Most interestingly, these two themes are mentioned side by side in the Talmud, with not even a hint that these competing descriptions are contradictory. While others raise this discrepancy, the Talmud does not. It seems that one need not see these two opposing ideas as contradictory at all.

One can, at the same time, really want something and yet be afraid to actually go ahead and do what needs to do to acquire it. This might be due to weakness, for example, truly desiring to diet yet being unable to resist that piece of cake. Yet one's inability to carry out one's true wishes is often rooted in more substantive reasons. One may want to spend more time with one's family, but fear the consequences of working less—not necessarily because of diminished earnings, but because of the fear of what others may say. One may want to learn Torah, but fear its study will reveal one's ignorance. And one might want to keep Shabbat, but feel unable to brave the ridicule of friends, who surely recall one's earlier, dismissive attitude towards observance.

The Jewish people understood that the Torah was a wonderful gift from G-d. Used properly, it enriches, informs and ennobles us. They did not need to know what was actually in it. "In G-d we trust"; and if G-d offers us Torah, only a fool would reject it. This is very nice, in theory. The Torah is also demanding, sometimes inconvenient, and never gives time off for good behaviour. Torah serves as a constant reminder that man should strive for higher and higher spiritual goals. Accepting such responsibility, agreeing to be G-d's chosen nation, is not something we always want in practice. So G-d had to force us to do what we really wanted to do, but could not bring ourselves to do.

This seems to be the source of the idea that Jews—no matter how far they may stray—retain a spark that, with the right approach, can be ignited. This idea has legal ramifications, as where Maimonides rules that we "may hit them until they say I want to" (Laws of Divorce 2:20), such that what seems like a coerced action is deemed to have been made freely.

As, ultimately, the Torah was forced upon us, we have a valid excuse for non-observance. After all, one could tell G-d, "You forced me to accept the Torah, so don't blame me if I don't follow the rules". While that may sound chutzpadik, the Talmud presents this argument in the name of Rav Acha bar Yaakov, who used such an argument to "justify" non-observance.

In the modern era, this claim has great resonance. For a multitude of reasons, including emancipation, persecution, rabbinic infighting, economic pressure, and the inability of many to demonstrate the relevance of Torah in the modern world, a great many Jews have rejected large parts of Torah observance. And no one can (or should) force them to change. For most Jews, that spark has been buried deep, and we need to work—hard, smart and with respect—to help ignite it. And, we must admit, many have no desire to be "turned on" to Torah.

No wonder Shavuot is such a neglected holiday. Celebrating our commitment to Torah doesn't make sense, if one has little commitment to begin with.

The Jewish nation accepted the Torah as one nation, "with one heart, like one person," in the words of our Sages (see Rashi, Shemot 19:2). There are times in our history when we manage to come together as one (in today's world, those times often involve threats to the security of Israel). But most of the time, we abide by the dictum, "their thoughts are different from one another and their faces are different from one another" (Berachot 58a). And upon witnessing such variety i.e. seeing multitudes of Jews, we are mandated to make a bracha. The modern world has likely brought about a wider range of views than in previous times. Nonetheless, kabalat haTorah, accepting the Torah, includes kabalat am yisroel: accepting, respecting and caring about all Jews, no matter how far they may be from Sinai.