Pinchas: Standing Up For What's Right 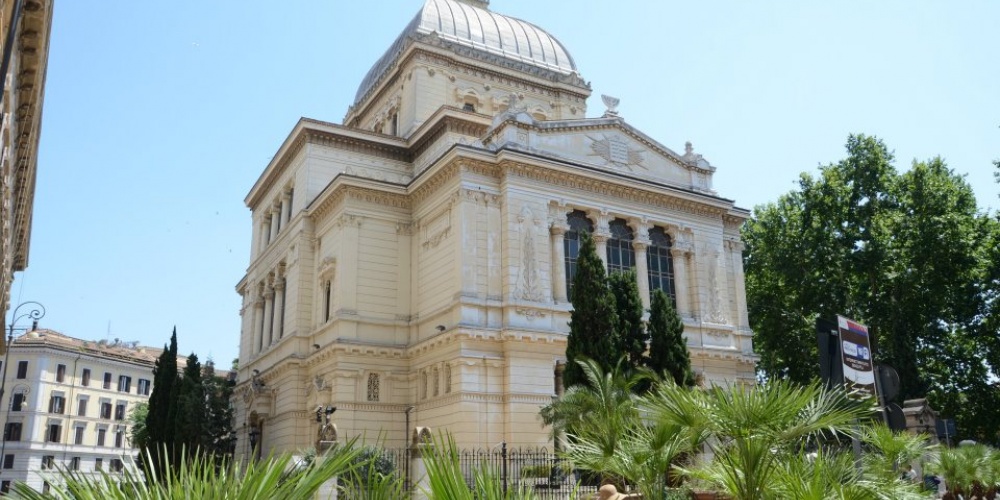 The d'var Torah this week is dedicated in honour of the participants on the inspiring Journey Through Jewish History- Italy 2012.

“And it was after the plague”. The specific content of this verse refers to the 24,000 who died in the aftermath of ba’al peor, with its attendant idolatry and sexual immorality. Yet one could just as easily apply this verse to the entire sojourn of the Jewish people in the desert. What makes the deaths of these 24,000 people more tragic is the fact that these are Jews are from the second generation, the children who were supposed to learn from—and rise above—the slave mentality of their parents. But this generation, too, left lots to be desired.

Yet, despite the deaths of so many, Parshat Pinchas offers hope for the people. The reference to the plague is immediately followed by the census of the Jewish people. This was the census that would actually be used to determine their share in the land of Israel, the land that would soon be theirs, in fulfillment of the 500-year-old promise made to Abraham.

Five hundred years may seem like a long time – and it is – but from the perspective of our 4,000 years of Jewish history, 500 years does not seem as endless as it otherwise might. After all, we have had to learn to wait even longer. As we conclude the first of the “three weeks”, we are cognizant that while it took 1900 years of waiting, the Jewish people have once again conquered the land of Israel. Unfortunately, the wait for peace continues.

I write these words from Italy, having just spent three days in Rome. While this may be a surprise to some, the Roman Jewish community is the one with the oldest continuous presence of Jews anywhere in the Diaspora, bar none. Our sojourn here dates back at least 2,200 years, to the time of Judah the Maccabee. And in those 2,200 years, while there has been much hardship for them, the Jews were never expelled. No other community in all of Jewish history can claim such longevity or continuity. Perhaps, for the community living in the shadow of the Vatican, official church policy was enforced to the letter; and while the church did allow the degradation of Jews, it did not condone the murder, pogroms, persecution and the like that were so often carried out by others, away from the powers in Rome.

Life was difficult for much of the period, with Jews being confined to a tiny ghetto from 1555-1870. Yet today, in the heart of Rome, there stands a most magnificent shul, with a height of approximately 150 feet (15 stories), built with care, love, attention to detail and much devotion (qualities that are, if I may say so, utterly lacking in the shuls of today, at least in the Orthodox world). Jews in Europe took seriously—when they could—the law stating that the shul was to be the tallest building in the area.

Even before departing for Italy, I understood that it would be most appropriate to quote from the words of Rav Obadiah Seforno, perhaps the most famous and important of Jewish scholars of Italy. Commenting on G-d’s blessing of peace to Pinchas, the Seforno notes that Pinchas received his blessing of peace because he had the courage to act publicly—despite the risk that he might be killed for assassinating the leader of the tribe of Shimon.

The Seforno notes that his act was the precise atonement the Jewish people needed. They had sinned by standing silently by as so many sinned, showing their acquiescence to the terrible immorality. By standing by and allowing Pinchas to carry out his drastic move, they showed that they now supported his courageous actions. Pinchas was thus blessed with the high priesthood, which served as the means for atonement for Jewish sins in general.

A Jew, the Seforno teaches, must never be afraid to stand up in public and do what is right – even if the risks are great. It is not by chance that parshat Pinchas sets into motion the establishment of the first state of Israel. Israel can only exist because Jews, following in the tradition of Abraham, are not afraid to stand alone and publicly proclaim and demonstrate all that society must be, based on justice and righteousness. Thank G-d we are at a stage in our history where Jews are given an opportunity to stand up – even in the home of the Catholic Church—and loudly and proudly live our lives according to the ideals of Torah.