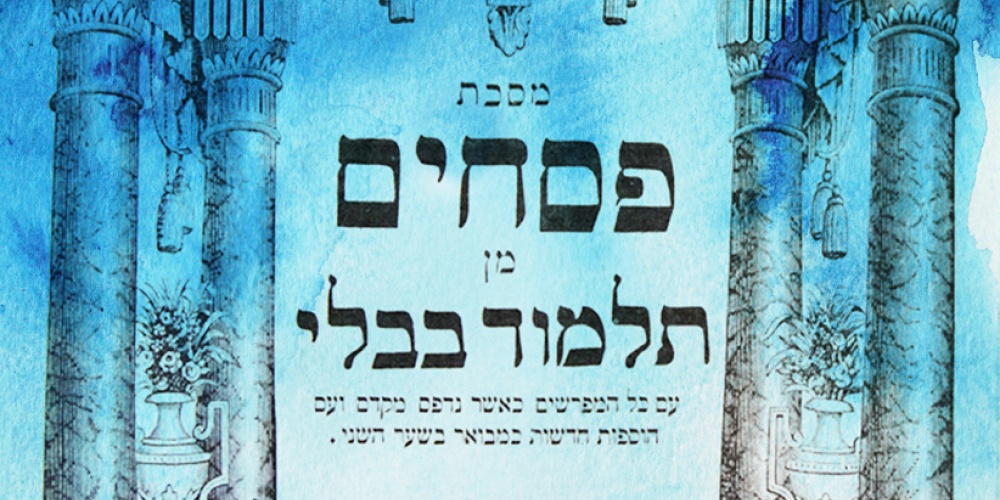 “On the eve of Pesachim, one may not eat adjacent to mincha time until it gets dark” (Pesachim 99b).

The seder meal is the most elaborate meal of the year. Four cups of wine, an appetizer spread, a meal fit for a king, topped off with freshly barbequed lamb chops for dessert. How could it be otherwise? Seder night is the night we recount and celebrate our special relationship with G-d and our formation as a nation. Even the eating of marror, a reminder of the bitterness of our Egyptian experience, serves to highlight the festive atmosphere, contrasting the hardships of slavery with the celebration of freedom.

To ensure that we have a hearty appetite for the seder, we must ensure that we do not each much beforehand. As Rashi explains, by not eating in the hours prior to the seder means we will eat matza letaiavon, with lust, meshum hiddur mitzvah, in order to beautify the mitzvah[1]. Prior to mincha time, i.e., for breakfast and lunch, one may eat to one’s heart’s content, apparently including all the matza that one wants. The concern of the Mishna is that one should be hungry at the seder. Whether or not one has eaten matza earlier in the day is of little concern. The Babylonian Talmud makes no mention of any law or custom not to eat matza on erev Pesach. Even late in the day, it is no more than a “hiddur mitzvah”, an enhancement of the mitzvah, to refrain from eating matza.

This is quite a claim and quite a comparison. On its most simple level, Rabbi Levi is teaching the importance of timing, a theme that is central to so much of Pesach. Eating matzah is important, but eating it too early takes away the special moment, the special “taste” of the seder matzah. Having relations with one’s betrothed is holy, provided it is done in its proper time, i.e., after the wedding chuppah.

Read historically, perhaps Rabbi Levi is being critical of the people of the province of Yehuda who would engage in relations “in the home of their fathers-in-law” (see Mishna, Ketuvot 1:5).

Yet the imagery of matza being compared to marriage at its most intimate runs deeper.

It is the lowly matza that defines our special relationship with G-d. Just as the Torah was given on the smallest of mountains, so, too, it is this most basic of foods that demonstrates our commitment to G-d. It is simple and humble, just as G-d likes His creations to be. Matza is food fit for a slave. And while we celebrate our freedom from the Pharaohs of the world, we are fortunate to have the opportunity to be servants unto G-d. “For it is to Me that the Israelites are servants: they are My servants, whom I freed from the land of Egypt, I, the Lord your G-d.” (Vayikra 25:55). Commenting on the verse, Rabbi Yochanan ben Zackai teaches, “'For to Me the children of Israel are slaves', and not slaves to slaves” (Kiddushin 22b).

Matza requires zereizut, alacrity, to ensure it does not turn into a chametz—something that must infuse our observance towards all mitzvot. Our rabbis in a the play on the words matzot and mitzvot[2], note that the command to “guard the matzah” (Shemot 12:17) in order to prevent it from becoming chametz can also be read as “guard the mitzvot”. And using another play on words, our rabbis teach, “Mitzvah haba l’yadcha, al tachmeezena, when a mitzvah opportunity arises, do not let it leaven”, but rather do it immediately.

A relationship takes time to build and must be constantly worked upon, not unlike the matza that, as long as the dough is being kneaded, cannot turn into chametz. At the same time, one must be careful not to rush the relationship, lest necessary steps are skipped causing one to stumble or even fall. One must “eat matzah” at the right time, at the time when we engage in recounting the Exodus. Eating matza on Pesach is great[3], on erev Pesach, not so much.

So obvious is this notion to the Tosafists that despite no source saying so, they take as a given that the Babylonian Talmud aligns with the view of the Jerusalem Talmud that one is prohibited from eating matza the entire day of erev Pesach. If so, the Tosafists wonder what exactly could have been eaten before mincha, but not afterwards. It cannot be referring to chametz, as the Biblical prohibition to eat chametz begins at noon, with the rabbinic prohibition starting two hours earlier—well before mincha time. It also cannot be referring to snacks, as the Gemara specifically rules that one can have a snack even late in the afternoon of erev Pesach. And surely it cannot be referring to matza.

Seemingly by process of elimination, Tosafot claims that our Mishna is referring to matzah ashirah, matza mixed with other liquids, what we refer to today as egg matza. With matza being the sign of our relationship with G-d, that can refer only to matza that fulfils the Biblical command of eating matza. Since matza must be lechem oni, the bread of the poor, matza ashirah, the matza of the rich, may be eaten on erev Pesach—at least until mincha time. This was no theoretical construct. The Tosafists note that the practice of Rabbeinu Tam was to eat “egg matzah” on erev Pesach up until mincha time[4].

[1] This is in marked contrast to the korban pesach which must be eaten al hashova, on a full stomach, demonstrating (hopefully) that it is being eaten to fulfil the mitzvah of korban pesach. With matza having little taste and not something we would normally eat at such a festive meal, it is clear we are eating it only because it’s a mitzva.

[2] In the non-vocalized text of the Torah, these two words share the same spelling.

[3] While the obligation to eat matzah is only at the seder, the Vilna Gaon argues that anytime we eat matzah during Pesach, we fulfil a biblical mitzvah.

[5] Here, too, the words are spelled the exact same way, with the difference between them just a simple, unseen dot.