Pesachim 29: Enjoying Some Chametz on Pesach 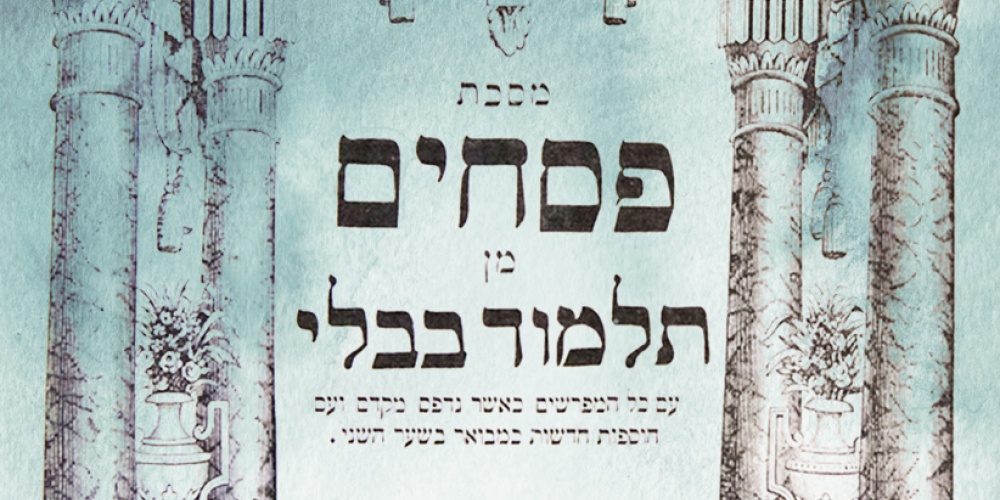 There are few ritual prohibitions as widely and carefully observed than that of the prohibition of eating chametz on Pesach. It is not uncommon for people to start “cleaning for Pesach” weeks or even months in advance of the holiday, ensuring that no chametz is eaten outside of the kitchen. Many a household literally (and unnecessarily, but that is a discussion for another time) turns their house upside down looking for moldy chametz that even a dog would not eat, hidden in places they would never look.

Even many Jews who do not generally keep kosher are careful not to eat chametz on Pesach. I recall my accounting days, working with people who, on Pesach, would eat a ham sandwich with matzah during Pesach. G-d forbid they should eat bread on Pesach. This is not as silly as it may sound. Eating pork, as abhorrent as it may be to an observant Jew, is “just” a regular prohibition of the Torah. Symbolically, refraining from pork may be most significant[1], but there is little doubt that eating chametz on Pesach is a more severe prohibition.

Purposely eating chametz on Pesach carries with it the penalty of karet, being cut off from the people of Israel. With the hurried Exodus marking the formation of the Jewish nation, those who want to be part of the Jewish people—and many non-observant Jews very much want to be part of the Jewish people—do not eat chametz. Moreover, it is forbidden to derive any benefit from chametz during Pesach. Hence one may not, for example, feed chametz to one’s animals, such being a form of benefit to man. Furthermore, one may not even own, or even see, chametz during Pesach, prohibitions that make up two of the 613 commandments. And if one does own chametz over Pesach one is prohibited, by rabbinic decree, from ever deriving benefit from this chametz.

That this latter law should apply to Jews only is most understandable, serving as an incentive to ensure we rid our homes of chametz, and as a punishment for those who do not. A bit less intuitive is that the prohibition to “see” chametz only applies to chametz owned by a Jew. There is no prohibition to see chametz owned by a non-Jew, and one can enjoy such chametz after Pesach.

We tend to view the prohibition of chametz emanating from the haste in which we left Egypt, having no time to let our dough leaven. In other words, not eating chametz on Pesach is a result of circumstances. Had our departure been more orderly and made with less haste, we would be enjoying some nice bread at our Pesach seder. While this may be how we were taught the story, a closer examination of the Chumash presents a very different story.

Opening up chapter 12 in sefer Shemot, one reads how on Rosh Chodesh Nissan, the Jewish people were told that on the tenth of the month they were to take a lamb. They were then to guard that lamb for four days, finally slaughtering it on the 14th of Nissan. They were then to take some of its blood and place it on the doorposts. That was to be followed by roasting and eating the lamb, together with matzah and marror. The command to eat matzah was given a full two weeks before the Exodus, giving them plenty of time to prepare. They were to eat it with “shoes on their feet and staffs in their hand” (Shemot 12:11), ready to depart Egypt. That night, G-d would smite the Egyptian firstborn, passing over the Jewish homes with blood on their doorposts. We must, we are told, remember this day and celebrate it every year by eating matzah for seven days. The Jewish people had two-week's notice to get ready to leave.

After giving the people a sneak preview as to what would be, the Torah describes what happened as “the clock struck midnight”. There was “a great cry in the land of Egypt, for there was no house that did not have death” (Shemot 12:30). The Egyptians urged the people on, impatient to have them leave the country for, they said, “We shall all be dead.” The Jews then took their “dough before it leavened”.

But that does not seem to be out of necessity. Before actually leaving, the Jewish people “requested from the Egyptians silver vessels, gold vessels, and garments” (Shemot 12:35). Surely they could have left the bread in the oven while they did so! That would have given them something to do while they hung around, waiting to leave. You see, the Jewish people did not actually leave until midday, b’etzem hayom hazeh (Shemot 12:41). As Rashi notes (Devarim 32:48)[3], G-d waited until the middle of the day to have the Jewish people leave, demonstrating G-d’s power over the Egyptians. We did not sneak out in the middle of the night, but left in full sight of the Egyptians, who were powerless to do anything to stop us. Surely they could have baked plenty of bread while waiting until midday; did they really not have some 18 minutes on their hands[4]?

The simplest explanation as to why we did not do so is because bread spoils quickly. Heading out to the desert, it makes more sense to bring unleavened dough that can be kept for long periods of time.

The secret to understanding the prohibition of chametz can be found in sefer Breisheet. In numerous places, the Ramban (see his commentary to Breisheet 12:6) develops the theme of maaseh avot siman lebanim, that the actions of our forefathers foreshadow the events that will happen to their descendants. Thus, Abraham’s descent to Egypt in time of famine foreshadowed what would happen to the Jewish people.

Apparently, not only is our descent to Egypt played out hundreds of years prior to our actual descent, the “prohibition” of chametz is also foreshadowed.

“The Egyptians would not eat bread with the Hebrews; that would be a toevah, an abomination, to the Egyptians” (Breisheet 44:32). Bread making was invented in Egypt. This may help to explain why Egypt was the food basket of the ancient (Biblical) world. As a symbol of the ingenuity of Egypt, they were not willing to eat bread with the (lowly) Hebrews. It is not only because it is easy to make, stays “fresh” indefinitely long, and is filling that the Egyptian taskmasters served their Jewish slaves matzah. Bread was for real Egyptians, not Hebrew slaves.

G-d wanted us out of Egypt not just physically; He demanded that we repudiate the Egyptian way of life. “You shall not copy the practices of the land of Egypt, where you dwelt” (Vayikra 18:3). At the time we are to commemorate the Exodus, we dare not eat bread, the symbol of Egypt.

Yet, Rav Yehuda argues, this is only if we make our own bread, imitating our Egyptian rulers; bread made by Egyptians is great Pesach food. If refusing to share their bread with the “Hebrews” demonstrates our lowly status in the eyes of the Egyptians, then sharing this same bread indicates our elevated status. “And I will dispose the Egyptians favorably toward this people” (Shemot 3:21). And that is exactly what happened. “And the Lord had disposed the Egyptians favorably toward the people” (Shemot 12:36). What better way to demonstrate that favour, and our freedom than by eating some “Egyptian” bread[5]?

[1] And hence, there are many Jews who eat all kinds of non-kosher food, but would never eat pork. While technically speaking, there is little difference between kosher-style chicken and pork, symbolically, they are worlds apart, and such bifurcated observance should not be belittled.

[2] And the Tosafists (Pesachim 29a s.v. b'din) understand Rav Yehuda as allowing only the deriving of benefit, but not eating, the chametz of a non-Jew. While their point is well taken, the simple reading of the Gemara seems to be as Rashi understands it.

[3] Rashi makes this comment not in our text, but towards the end of the Torah where Moshe is taken to die in broad daylight, leaving the Jewish people—who said they would never let Moshe die—powerless to prevent his death. In our verse, Rashi explains b’etzem to mean that, on the exact day that our sojourn in Egypt was to end, we were taken out without delay, highlighting the hurried nature of the Exodus described in the next footnote.

[4] In describing the actual Exodus, the Torah does note (Shemot 12:39) that the Jewish people left in a such a hurry that they did not have time to bake bread. One can know one’s plans long in advance and yet still find that one is rushed. That is why so many of us find it no less rushed to prepare for Shabbat in the summer than in the winter. In any event, the Torah does not link the mitzvah to eat matzah with the haste felt when we finally did leave Egypt.

[5] In practice, the halacha rejects this view, forbidding us from eating chametz regardless of who the owner might be. Yet that does not negate the idea behind this view, one that all can agree with.