Pesach: The Wise and Wicked 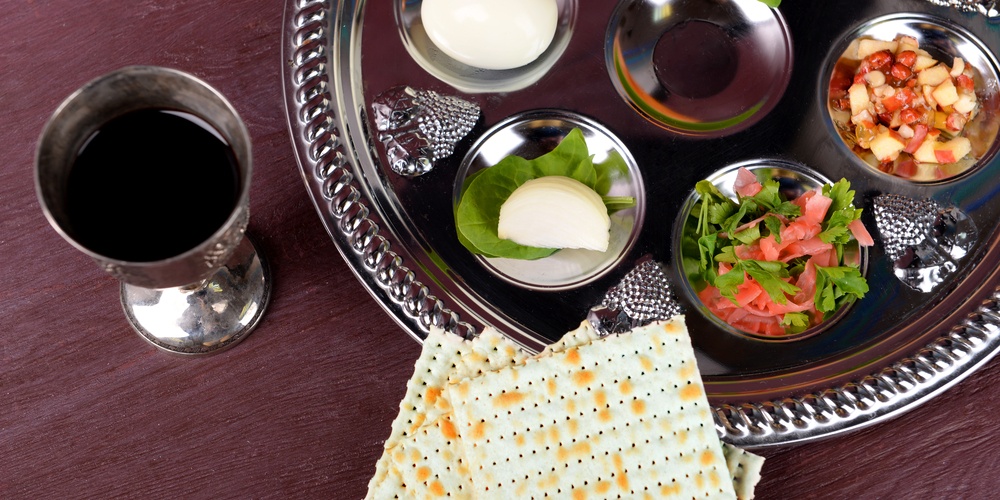 The Seder night brings together Jews from all orientations and perspectives. The future redemption of the Jewish people, a theme which is central to the seder, is dependant on different types of Jews learning how to respect each other even as we may disagree. Sukkot, which like Pesach commemorates the Exodus and looks forward to future redemption, also revolves around the theme of uniting the different segments of our community. The four species representing four very different types of Jews must be "waved" together and if anyone is missing, the mitzvah is invalidated. There can be no redemption without diversity.

The hagadah recognized that Jewish history can be celebrated only if the chacham and the rasha can sit together. No doubt these two siblings argue over who represents which child, with each one claiming to represent the chacham. The authors of the hagadah were quite familiar with the fact that it is often difficult to discern evil. A cursory reading of their respective questions leaves one scratching one's head to figure out why one is labeled a chacham and the other a rasha. The difference between "What are the testimonies, statutes and judgments that the Lord our G-d has commanded you?" (Devarim 6:20) and "What is this service (avodah) to you?" (Shemot 12:26) does not appear to be so significant as to label them polar opposites. In fact, the use of the word avodah (service), which according to our sages is one of three pillars on which the world stands, would seem to indicate that we are dealing with a well-meaning child. But such is the nature of evil that it often hides itself so well that when one finally realizes what one is facing, it is often too late. Whether dealing with the dishonest businessman, the politician out for personal gain, or the terrorist pretending to be a peacemaker, we fail to recognize evil at our peril.

One could argue that the evil of the rasha and the righteousness of the chacham (a true chacham being one who embodies the phrase, "The beginning of wisdom is fear of G-d") is not in their questions as recorded in the hagadah, but in their introduction to their questions. That this introduction, though recorded in the Torah, is not even included in the hagadah was our Sages' way of teaching that often, one has to scratch beneath the surface to discern evil.

Two differences in their respective introductions should be noted. The wicked child opens with the phrase, "And when your children will tell you", whereas the chacham is introduced with, "When in the future, your child will ask". The wise child asks and the wicked child tells. Often, it is not what is said but how it is said. We must rejoice when a child asks why we need to observe mitzvoth, how G-d can "allow" evil, or why it's important to be a practicing Jew in the modern world. Their interest allows us to engage them and discuss the eternal richness of our way of life. But if that same child states derisively--without waiting for a possible response--that mitzvot no longer need be observed, that Judaism is irrelevant in the modern world, there is much to worry about.

The Torah's description of a wise child and wicked children is significant indeed. Unfortunately, it is not always easy to be G-d- fearing, and the community of evil is much larger than that of the righteous. Evil is fueled by a mob mentality, by the many immature children that inhabit our world. Things people would never do alone they will do when involved in a mass demonstration. It is no wonder demagogues love huge rallies that rile up the people against perceived enemies.

Yet a Jew must never be afraid to stand alone against the crowd to fight evil when necessary. Furthermore, greatness can only be achieved by those unafraid to think differently, by those unafraid to be non-conformists. Many of our great Torah scholars were produced outside of the traditional yeshiva framework. Greatness may be stifled by the masses.

The Jewish people from the time of Avraham haIvri have often stood alone, like the wise child surrounded by the wicked children. "In the beginning, our ancestors were idol worshippers", the hagada boldly declares. The greatness of Avraham is that he was unafraid to challenge the society around him, to declare the teaching of his youth false. We, the Jewish people, his descendants must courageously stand up for justice and righteousness.

May our love of freedom and moral excellence inspire the nations of the world to join us as we celebrate a redeemed world at peace. Next year in a rebuilt Jerusalem , the city of peace. Chag Kasher V'Sameach.