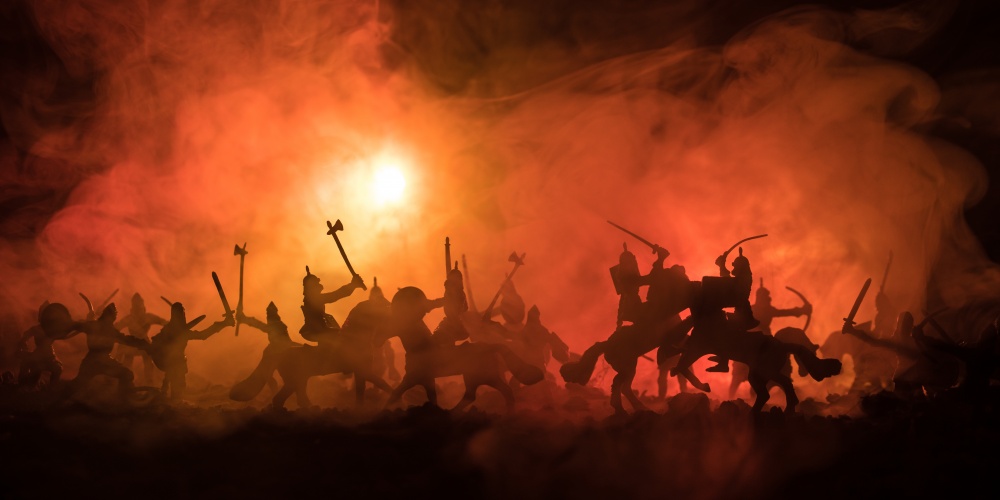 "He shall surely be put to death."

"They shall be pelted with stones and thus stoned to death."

"He shall be burned with fire."

"His soul shall be cut off from the community of Israel."

"Both shall bear their guilt and die without children."

"Have him flogged with lashes."

These direct quotes—and there are many more examples from which to choose—have their source in our Torah. Sounds pretty harsh, and it is. Yet taking the Bible literally is not only simplistic, it can actually distort the true message of the Torah. It is not only that without the Oral Law, the Divine text would be incomprehensible. The Oral Law, at times, actually "modifies" the Biblical text.

The Oral Law and the Written Law often reflect two differing, even contradictory, perspectives. We might want to classify the Written Law as the Torah of justice and the Oral Law as the Torah of mercy. As Rashi (Breisheet 1:1) points out, G-d wanted to create a world of strict justice. Thus, the name used to describe G-d in Chapter One of Breisheet is Elokim, denoting the G-d of justice. However, G-d, "realized" that the world could not survive on justice alone and thus in the second chapter of Breisheet, we are introduced to the G-d of mercy, Y-H-V-H.

The Biblical text itself reflects the strict justice that G-d initially intended. From the Divine perspective, there can be no other way. Disobey G-d and one should be cut off, if not stoned or burned to death. When G-d reveals Himself at Sinai, He describes Himself not as the G-d of mercy, but as "a jealous G-d" (Shemot 20:5).

However, in the earthly world, justice is tempered with mercy and the actual implementation of the death penalty was almost never carried out. In modern terms we might say the laws are on the books, but are not generally enforced. As is well-known, Jewish courts almost never meted out capital punishment, and if it had to be done, it was done in a much more humane way. The Talmud applies the verse "you shall love your neighbour as yourself" even to those about to be executed, demanding that we "choose for him a pleasant death" (Sanhedrin 45a).

With this understanding of the relationship between the Written and the Oral Law we can begin to understand the harsh, seemingly unethical, command to "obliterate the memory of Amalek from under the heavens" (Devarim 25:18).

From the perspective of pure justice, the only moral approach in dealing with Amalek is utter destruction. Amalek is the nation that invented terrorism. With no claims on the land of Israel and no prior disputes with the Jewish people, Amalek launched an unprovoked attack on women and children—from the rear, no less. All without warning and without declaring war. As we know all too well, there must be only one approach to defeating terror, to confronting absolute evil. There can be no negotiation, no mercy, no compromise and no guilt in fighting with all our powers. And it is a war with no easy end. "G-d shall be at war with Amalek for all generations" (Shemot 17:16). If there ever was a holy war, this is it. "Reish Lakish said: Whoever acts compassionately where cruelty is called for will eventually act cruelly when compassion is required" (Kohelet Rabba 7:16)

Nonetheless, on a practical level there is no such mitzvah as wiping out another nation, no matter how evil that nation may be. On technical grounds—and in Jewish law technicalities can be very important—we can no longer identify the nation of Amalek. More important, even if we could, genocide can never be an option. As the Rambam (The Laws of Kings 6:1) makes clear, before any war can be waged, an offer of peace must be made. If the potential enemy agrees to recognize Israeli rule over the land of Israel and live a moral life, no harm may be inflicted. In the tragic situation when we must fight, a "corridor" must be made available so that the enemy may flee.

The Messianic era will arrive “when nation shall not lift up sword against nation” (Yishayahu 2:4) and we all dwell together in peace. Until that time— may it come soon—war will be an unfortunate fact of life. War is debasing and takes a terrible toll on everyone involved. It is especially during wartime that the Torah, through its moral demands, aims to help us retain our humanity under the most trying of circumstances. We must, for example, ensure proper hygiene in a war zone, desist from wantonly destroying property during war, and even bring our spiritual leaders to the front lines. Yes, at times we must kill; but we must do so with a heavy heart.

On Shabbat Zachor we remember the barbarism and the inhumanity of the many Amaleks throughout history, but we must not forget that we are the children of G-d Who created us all in His image.