Nitzavim: Near and Dear 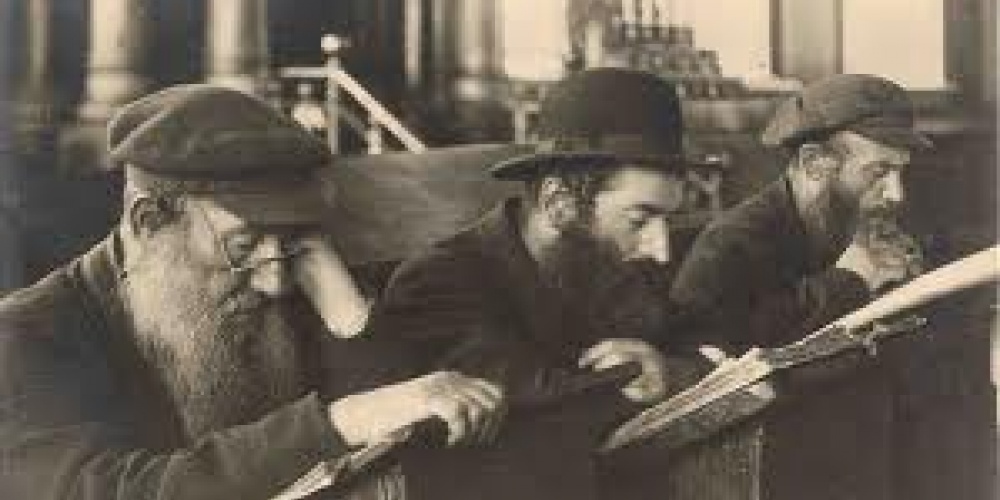 One of the most vexing issues in Biblical interpretation is the relationship between pshat, loosely translated as the plain meaning of the Biblical text, and derash, the additional levels of interpretation that can be derived from that same text. At times the two appear contradictory; as, for example, the Torah's obligation of "an eye for an eye". The phrase seems to imply just that, but has always been understood in our tradition as demanding monetary payment, and no more.

Believing as we do in the unity of the Bible--not just its text, but its meaning--there is always a connection between pshat and derash, often reflecting a much deeper and nuanced understanding of the Torah. While the Torah demands money for causing the loss of an eye, the Biblical text itself informs us that such payment is not truly compensatory, or even adequate. By making monetary restitution, one has not actually fulfilled the obligation of an "eye for an eye" - how dare one put a price tag on sight? The message of the Torah is quite clear; for certain sins, complete teshuva, repentance, is not really possible, and all we can do is a token showing of remorse.

One of the key arguments of biblical criticism as developed in the 19th century was that many of the rabbinic readings of the Torah, from which so much of Biblical law is derived, is no more than rabbinic "inventions" which they mistakenly (sic) read back into the text. Thus arose a series of some of our greatest commentaries, people such as the Malbim, the Netziv, and Rav Shimshon Raphael Hirsch, who spared no effort proving that the rabbinical derashot are actually rooted in the text itself. One just has to learn how to read it with the proper depth the Divine text requires, thereby uncovering the hidden messages within the text.

Often one does not have to dig too far to see the interconnectedness of pshat and derash. "For this commandment which I command you this day is not beyond understanding, neither is it far away. It is not in heaven...neither is it beyond the sea...but it is very near to you in your mouth, in your heart to do it" (Devarim 30:11-14). Contrary to what (tragically) so many think today, the Torah is not a foreign book dealing mainly with abstract ideas, applicable in the "old country" but irrelevant to the daily lives of modern people. Rather, the Torah is near to us, offering so much guidance to our lives, emotionally, intellectually and practically. Such is the "simple" meaning of the text.

Our Sages, bringing home this same point from a different angle, derived from the phrase "lo bashamayim hee", it is not in heaven, that when it comes to the application of Jewish law, we are not to listen to "heavenly voices". We are forbidden to derive law from the words of a prophet, but must rather "break our head" and figure out the law ourselves. Of course it is this "figuring out ourselves" that allows the Torah to remain relevant and meaningful and applicable to our lives here and now.

Judaism has always rejected the approach of blind obedience to anyone's opinion. While we are all obligated to have a rabbinic mentor, aseh lecha Rav, whose opinion we must defer to in areas of uncertainty, we are mandated to question and debate even with those who are much greater than us, thereby refining our understanding of Torah. We dare not rely on others to form our own opinion but must approach Torah with a questioning and probing mind.

The study of Talmud, the cornerstone of Jewish learning, is predicated on this notion. It is the process of study more than the conclusion that keeps Torah "near to us". The approach of the Rambam, that all we need is the bottom line of how to act, has been rejected.

The teaching of our Sages that "I learned the most from my students"(Ta'anit 7a) can only be true in an environment in which students are encouraged to think on their own, and not to just accept pronouncements from above. A good (and self-confident) teacher likes nothing better than to be "stumped" by a questioning student.

Only those things that we work at ourselves truly become part of us. Paradoxically, only by having to work hard to understand--dare I say to personalize--the Torah, will the Torah remain "near to us".

May the upcoming year be one in which we merit to be involved in the process of Torah study, ensuring that the Torah that G-d entrusted to us will be a "tree of life", linking us to the eternal chain of Torah and Jewish history.