Mattot: Split in Half 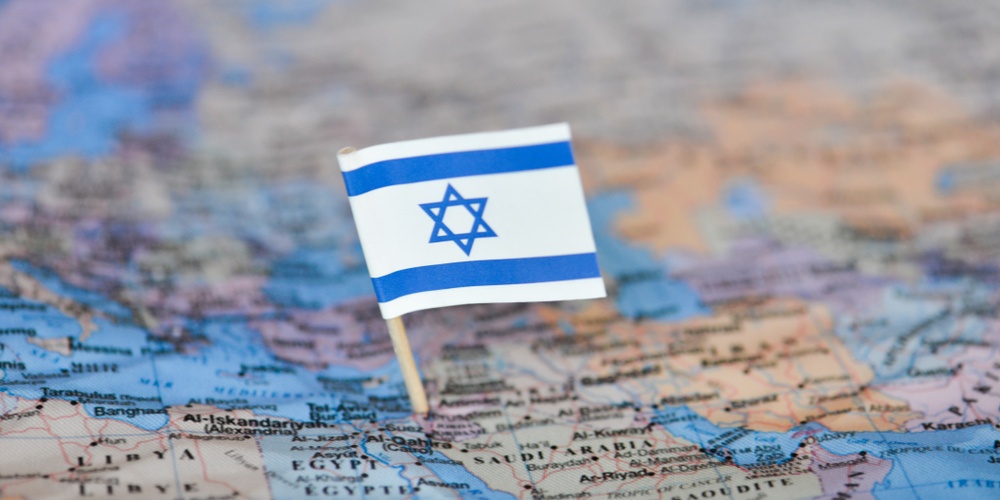 The centrality of the land of Israel is a basic tenet of Jewish thought. Our Sages note that mitzvot performed outside the land of Israel are little more than practice (see Rashi, Devarim 11:18)—not unlike spring training, which is necessary to get in shape for the regular season, but has no independent meaning.

In asserting this rather radical claim, our Sages refer not to those mitzvot which are dependent on the Land and hence, have no applicability outside the land of Israel; rather, they are speaking specifically of those mitzvot that have nothing to do with the land, such as tefillin and mezuzah. Despite the fact that “You will be lost from the land”, one must nevertheless “wrap them on our arms, and put them on as frontlets between our eyes” and “write them on our doorposts”, so that when we return to the land, they will not be foreign to us. The importance of this “practice” is seen by the difficulty we have in determining how to observe so many of the laws that do relate to the land, mitzvot we could not “practice” for some 1,900 years and which, thankfully, are relevant once more.

Tragically, classical secular Zionism turned this notion upside down, claiming that the mitzvot were relevant only while living in exile, and positing that now that we are home, they can be discarded. Secular and religious Zionists may disagree as to the binding nature of mitzvot, but they both agree that Israel is the national home of the Jewish people. Yet many Jews—“secular and religious” alike—choose to remain in the Diaspora.

This is not a new phenomenon.

As the Jewish people readied to finally enter the land of Israel, the tribes of Reuven and Gad approached Moshe, requesting to remain outside the land. Although greatly disappointed, Moshe Rabbeinu acquiesced—with some conditions—to their request.

What is striking is that Moshe instructed an additional tribe, that of Menashe, to join Reuven and Gad on the east bank of the Jordan. "And Moshe gave the Gilead to Machir the son of Menashe, and he lived there" (Bamidbar 32:40). Why would Moshe, who so desperately wanted to enter the land of Israel himself, want to encourage more Jews to live in the Diaspora?

Moshe was fearful for the future of these two tribes. Would they—and more importantly, their children and grandchildren—identify as Jews? After all, in their initial request to Moshe to settle in Jordan, they spoke only of their cattle, with no mention of their children. The pursuit of the material was apt to take a toll on the family. Living apart from the rest of the nation, they were apt to discard the ways of that nation. Moshe wanted to ensure that Reuven and Gad would not fully assimilate in their new land, losing all connection to their brethren in Israel. So he sent shevet Menashe—we might call them the first shlichim, emissaries—to work with Diaspora communities to create and grow the bonds between those living in Israel and those outside the land.

It was Yosef who was the first to navigate a successful life in the Diaspora with complete fidelity to his family heritage. And his children, Menashe and Ephraim, were the first to grow up outside the land of Israel. Despite the allure of Egypt they, too, remained faithful to their heritage. It is for this reason that we bless our children each week with the blessing, "May G-d make you like Ephraim and Menashe" (Breisheet 48:20), praying for our children to live committed Jewish lives even when detached from our land. It was the children of Yosef who were most suited to the task of spiritual guidance of those in foreign lands.

The Netziv (Bamidbar 2:20) notes that in the first counting of the Jewish people, Ephraim, the younger son of Yosef, is mentioned first; while at the second census, taken as they were about to enter the Land, the order is reversed. He explains this anomaly by noting that in the desert, the Jewish people lived a supernatural life, one based on miracles. There were no material concerns in the desert, and thus Ephraim, as the more "spiritual" of the brothers, is mentioned first. However, upon entry into the land of Israel, overt miracles would cease, life would be much more natural, and the Jewish people would need to work for their sustenance. In such an environment, Menashe, as the more worldly of the brothers, would lead.

Menashe, more than the unworldly, studious Ephraim, could relate to the materialism of Reuven and Gad, while simultaneously demonstrating how material goals can be anchored in Torah. In fact, the Netziv notes (Devarim 3:20) that the tribe of Menashe would go on to produce many great Torah scholars.

But why did Moshe send only half the tribe of Menashe? Why not all, so they could be even more effective?

The greatest threat to Jewish peoplehood is the drifting away of one Jew from another, something that is uppermost in our minds at this time of year. By keeping half a tribe in Israel and sending half to live in the Diaspora, Moshe ensured a continuous connection between the two. With half the family living elsewhere, family members would travel back and forth, linking the two communities despite living in different lands[1].

Furthermore, creativity and growth require the ability to see beyond one's own four cubits; living only within the narrow confines of one’s country can be intellectually and emotionally stifling. It is important to see how others live beyond one’s borders. Having a representative tribe based both in Israel and beyond leads to a cross-fertilization of ideas, encouraging the spiritual growth of all involved.

Thankfully, the Jewish population has been steadily increasing in the land of Israel over the last 100 years, so that today, approximately one-half of world Jewry lives in the State of Israel. For the benefit of Jews everywhere, we must see ourselves as one family split into two segments, caring deeply for each other and sharing the best of each of our respective worlds. Each has much to offer the other.

[1] I thank Rabbi Shlomo Gemara for this insight.