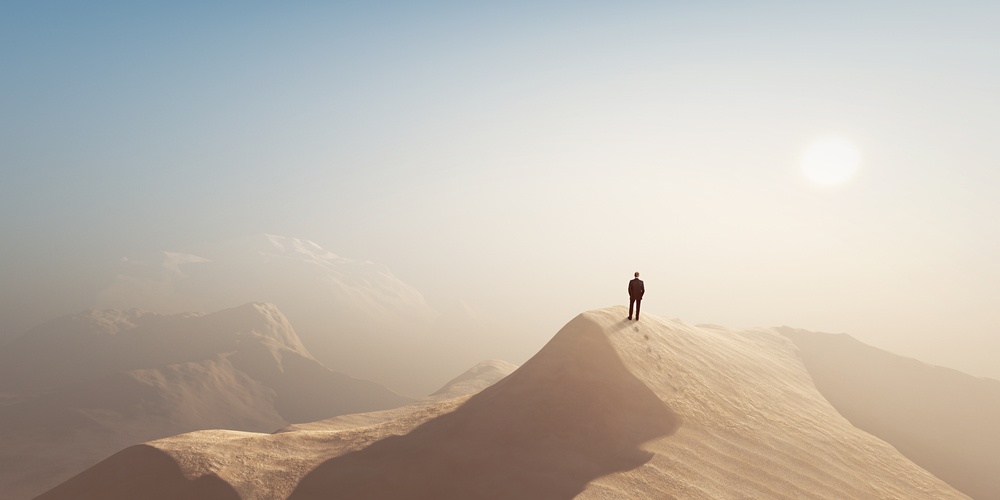 “And these are the journeys of the people of Israel” (33:1). The Torah lists over 40 stops along the long and winding route the Jewish people took on their journey to the land of Israel. Many of these names have never appeared before in the Bible and will never appear again. Their mention highlights the lack of purpose of so much of the stay of the Jewish people in the desert, going from meaningless place to meaningless place and accomplishing nothing—save for passing time so that a new generation could arise. This second generation, untouched by slavery, would gain permanence in the land of Israel, where their journeys would be full of meaning.

Even without the listing of these places, we are keenly aware of the “wasted” forty years in the desert. What message is to be gained from mentioning such places as Dafka, Ritmah, Livna and Risa? While such places may be of interest to archaeologists, what moral message is gleaned from the listing of such obscure places?

I write these words as I prepare for Shabbat in Prague, where we will be davening at the Altneu-shul. It is hard to imagine a more prestigious shul in the annals of our history. The shul, built in the 14th century and in use ever since, has been graced by such luminaries as the Tosafot Yom Tov, author of a classic commentary on the Mishna; Rav Mordechai Jaffe, author of the Levush (which for a time was a “competitor” to the Shulchan Aruch); Rav Ephraim Lunshitz, the author of the biblical commentary Kli Yakar, printed in all standard editions of the Mikraot Gedolot; Rav Yechezkel Landau, the great 18th-century Halachist, author of the responsa Noda b'Yehuda; Rav Yonatan Eibeshetz, the great Rosh Yeshiva of the 18th century; and of course the famed Maharal of Prague. To daven in the same shul where such luminaries prayed is more than awe-inspiring.

In many ways, Europe is a giant Jewish graveyard. We have wandered from place to place, often back to the same place only to wander again. And the final result of much of this wandering was the Holocaust.

Yet while many of the 42 places listed in the Torah have little historical relevance, the wanderings of the Jewish people have enriched society wherever they went. They laid the foundations upon which our own practice of Judaism, in whatever form that may take—and many, many forms of Judaism were practiced here—is based. To travel in a mere few hours from the home of Rav Shimshon Raphael Hirsch in Nikolsburg to the grave of the Chatam Sofer in Bratislava (Pressburg) is to arguably gain inspiration from the two most influential, and very different, religious leaders of modern Jewish history.

Rashi notes that in the 40-year sojourn in the desert, the Jewish people only encamped in 42 locations. Considering that 14 of them were in the first year—before the sin of spies—and 8 were due to the route taken to bury Aaron, it turns out that in 38 years, they encamped in just 20 locations.  The Jewish people did not just wander aimlessly; they actually rested most of the time. Their needs were taken care of through G-d's miraculous intervention, allowing them to use the desert experience for reflection and growth.

Over the past 4,000 years, we have journeyed to thousands and thousands of places.   It is those journeys, full of both tragedy and grandeur, that gives us the inspiration as our journey home has begun.   It is no coincidence that it is parshat Massei that lists not only our wanderings, but the mitzvah to settle the land of Israel. May we merit to build the permanent home of the Jewish people hastily in our time.